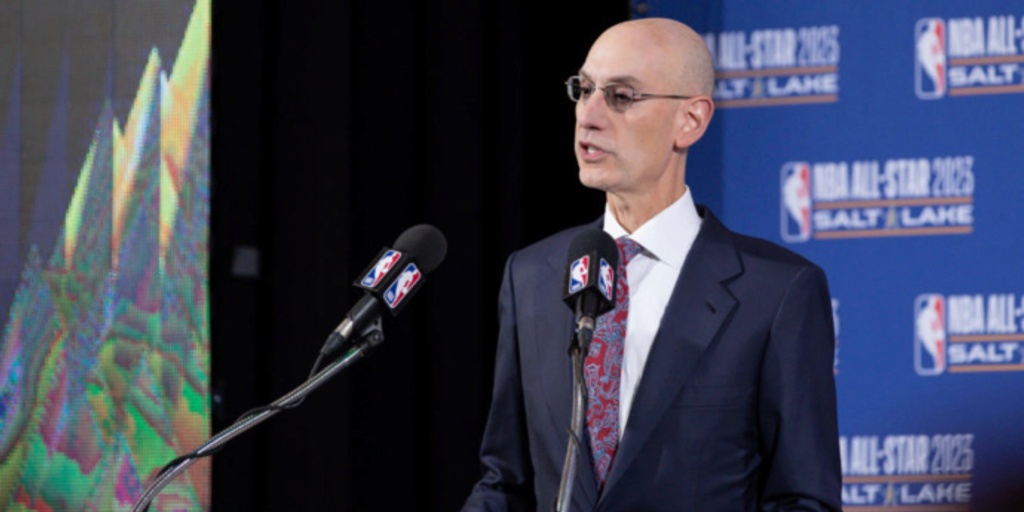 Adam Silver on NBA logo: Doesn't feel like right time to change it

In his annual state-of-the-league press conference, NBA commissioner Adam Silver said that despite the public's push to change the NBA logo from Jerry West to the late Kobe Bryant, the league has no plans to switch it.

"There are no ongoing discussions right now at the league office about changing the logo," Silver told reporters. "I certainly saw Kyrie Irving’s comments. Again, everything changes over time. Nothing’s permanently fixed. But the logo is iconic. As you know, we’re distributed globally. Even changing the logo, purely even from a legal standpoint, isn’t an easy exercise. Not that that should be the impediment. The suggestion around Kobe Bryant, of course, gives me an opportunity to remind everyone last year we named the All-Star MVP trophy after Kobe Bryant, no doubt one of the greatest ever in this league, someone we all knew so well. So, sure, he would be on the list, no doubt, if we were thinking about changing it.

"It doesn’t feel to me that this is the appropriate moment to be changing the logo. While it’s never been officially declared that the logo is Jerry West, it sure looks a lot like him. He still is thriving in our community. I know he’s so self-effacing and has said, please change it if that’s what people want to do. It just doesn’t feel like the right moment to be thinking about that. That doesn’t mean, again, that we won’t turn back and look at it at some point. To me, I appreciate the sentiments, but it feels like the logo is appropriate right now."

In recent weeks, Kyrie Irving made a big push for the league to change its logo to Kobe via social media, and he even gained the support of Bryant's wife, Vanessa Bryant. Although the league ultimately may consider changing the logo somewhere down the line, it does not seem like that will happen anytime in the near future.