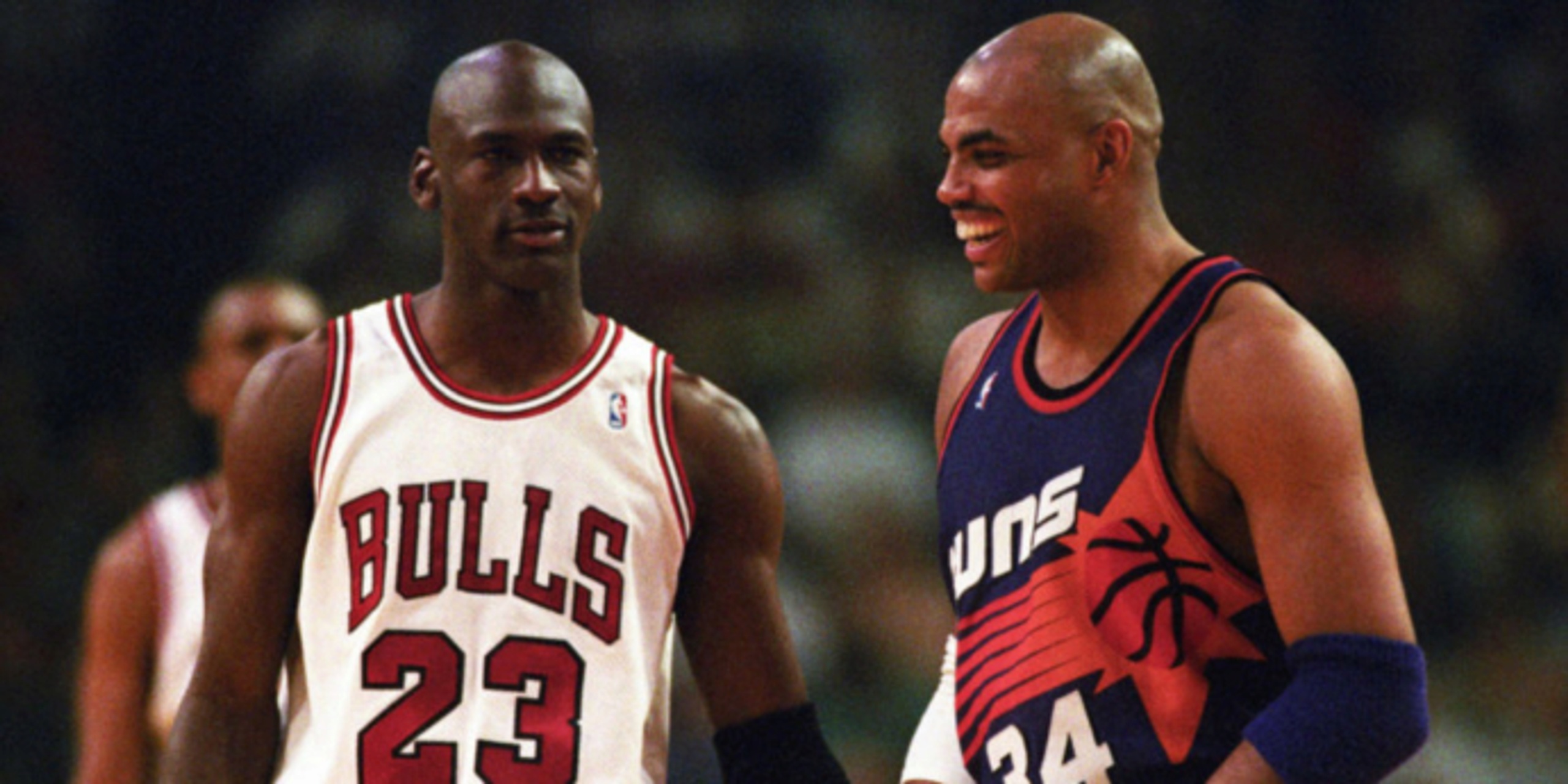 Sheridan: A history lesson is in order as the NBA Finals draw near

One week from now, we will know who is playing in the NBA Finals. It appears it will be the Milwaukee Bucks and the Phoenix Suns, but we should have learned by now to never count out the resilience of the Los Angeles Clippers.

And the Atlanta Hawks? Just ask anyone from Philadelphia or New York whether that team should be underestimated.

This is somewhat uncharted territory for Adam Silver and the NBA, who have grown accustomed (along with all of us) to having all eyes glued to LeBron James or Steph Curry at this point of the season.

Also, our NBA body clocks are saying “draft, draft, draft.” But due to the pandemic, we've all had to readjust to this slightly different schedule. So the end of the Finals are still quite a ways down the road, the draft and free agency are going to happen at the end of the July and beginning of August, respectively. The Olympics are looking like a walkover for a loaded Team USA... but we have seen that movie before, and the ending is not always a certainty. FIBA competition usually takes care of that.

No matter which two teams make the Finals, though, it will be the first time in a long time (or ever) that the Bucks, Clippers, Suns and/or Hawks got that far.

So let’s refresh everyone’s memory. Or, let’s fill in the younger generation on what folks in the four finalists' cities have endured over the years.

The Suns are one victory away from making the championship round for the first time since 1993, back when Charles Barkley was playing against Michael Jordan and the Chicago Bulls. It was the summer before Jordan decided he wanted to change professions and become a Major League baseball player.

The Bulls won Game 1 and Game 2 in that 1993 series, and battled in a classic Game 3 that went three overtimes before the Suns won and chopped the series lead down to 2-1. Chicago won Game 4 at home, but the Suns took Game 5 in Chicago (the format was 2-3-2 at the time) and the series returned to Phoenix for Game 6 on June 20. The Bulls were going for a three-peat under Phil Jackson with a roster that included Jordan, Scottie Pippen, Bill Cartwright, Horace Grant and John Paxson. Barkley was flanked by Dan Majerle, Tom Chambers, Kevin Johnson, Cedric Ceballos and Danny Ainge.

Barkley and Jordan were friendly, but the edge in competitive streak was in favor of Jordan. Back then, fraternization on off days was common, and Barkley and Jordan were fewer than two years removed from being teammates on the original Dream Team. The way the story has been told, Jordan took Barkley out to Majerle’s bar on the night of June 19 after everyone traveled, and the drinks flowed freely... except the drink of choice for Jordan was water.

Then, on the night of June 20, the Bulls were ahead by eight entering the fourth quarter, but then went cold. In the first 6:09 of the fourth, the Bulls didn’t score. They committed three shot-clock violations in that span, and Phoenix was ahead 98-96 with 14 seconds left. But the Bulls had the ball, and Grant found John Paxson open at the three-point line for a shot that Paxson drilled. Prior to that, all nine of the Bulls’ fourth-quarter points had been scored by Jordan. Phoenix had the final possession, but Barkley rolled to the basket off the inbounds play and Phoenix did not get the ball to him. Instead, Kevin Johnson attempted a runner from the lane just before the final buzzer, and Grant blocked it. Game over. Bulls 99, Suns 98. And Phoenix has not hosted an NBA Finals game since.

The Bucks are up 2-1 on the Hawks now after Khris Middleton was Mr. Everything last night in Atlanta except for being Mr. Airball, an award that will be retired in honor of Giannis Antetokounmpo for what he has been doing from the free-throw line the past few seasons, but especially this postseason. These teams will be back at it Tuesday night, and hopefully the referees will be briefed, too, on allowing a player shooting a three-point shot to have enough space to land without turning an ankle because an official was too close. Are there enough ace bandages in "The A" to wrap Trae Young tightly enough to give the Hawks a chance to even this series? Or is Milwaukee advancing to the Finals as a fait accompli currently maneuvering speed bumps?

Whatever the case, the Bucks are favored for good reason, and if they make it to the Finals, it’ll be the first time it's happened for that franchise since Kareem Abdul-Jabbar’s sky hook was a lethal weapon. That was back in 1974, before Kareem decided he did not like living in Milwaukee following a 4-3 loss to the Celtics in the Finals and forced a trade to the Los Angeles Lakers, a maneuver for which he was never forgiven in the city where Mike Budenholzer now calls the shots. The Bucks last won a title in 1971, and have not been back since despite being led at different times by Ray Allen, Glenn Robinson and Giannis, Middleton and Malcolm Brogdon, among others.

They dropped four straight in the Conference Finals three years ago against the Toronto Raptors, and they went out in seven games in 2001 against Allen Iverson and the Philadelphia 76ers. All of the sports glory in the state of Wisconsin since then has belonged to Aaron Rodgers and Frank Kaminsky, and all those years of losing have been drowned out by beer, cheese, frozen custard, bratwurst and beer. The last time the Bucks won, the team was a member of the Western Conference and the Brewers were still adapting to the American League following the franchise’s move from Seattle, where they were known as the Pilots. Al McGuire and Marquette provided a couple years of glory, but aside from the accomplishments of the Packers, there has not been much to celebrate.

But losing is never permanent unless your favorite team is the Minnesota Timberwolves, and the Bucks are halfway to breaking through the organization's three-and-a-half decades of frustration. So stay tuned.

Ahead of a win or go home scenario in Monday's Game 5, Kawhi Leonard is once again unable able to play, and could be more seriously hurt than the franchise has let on. There are reports out there that he needs knee surgery and is upset with the Clippers' medical staff; one would think the league office would order the Clippers to provide some clarity on this matter, since Leonard is a pretty good basketball player whose health is a determining factor in whether Steve Ballmer’s team has a snowball’s chance in hell of being championship material.

The Clippers have never been to the Finals, before or since relocating to California from Buffalo, spending 1978-1984 in San Diego. They blew 3-1 leads in the conference semifinals in 2020 (to Denver) and 2015 (to Houston), and went out in six games against Oklahoma City in 2014. There is only so much that Paul George can do without his fellow superstar teammate, and if Leonard is truly done and legitimately unhappy in L.A., the offseason unrestricted-free-agency market just got a heck of a lot more interesting.

Before they were the Clippers, they were the Buffalo Braves and joined the NBA as an expansion franchise in 1970 along with the Cleveland Cavaliers and Portland Trail Blazers. Their Hall-of-Famers included Bob McAdoo and Ernie DeGregorio, and in one of the most interesting pieces of NBA cameo trivia, they had Moses Malone for a grand total of two games before trading him to Houston for a pair of first-round picks.

In 1975, the franchise made it to the conference semifinals, but were defeated by the Washington Bullets. Since then, the Clippers have a franchise history that everyone in the NBA outside of Minnesota can laugh at. Except Clippers fans, of course. And those poor folks deserve either our pity or our sympathy. But to Clippers fans and Timberwolves fans, we can only say: “The Cubs eventually won, okay?” Perhaps that will help.

Dominique Wilkins was a heck of a hooper and had one of the greatest nicknames in the history of professional sports: “The Human Highlight Film.” But he never appeared in a single NBA Finals game, and his only championship came with Panathinaikos in 1996 when the “Greens” won the Euroleague championship.

The Hawks franchise has not won a title since 1958 when they were based in St. Louis, and they reached the Finals in 1960 and 1961 only to lose to the Boston Celtics. The closest they came since then was 2015, when they reached the Conference Finals but were swept by LeBron James and the Cleveland Cavaliers.

The Hawks are closer now than they have ever been, but when your entire team gets outscored by a single player in a single quarter (Khris Middleton had 20 points to the Hawks’ 17 in the fourth last night), you really have to dig deep for resiliency – although we would not put anything past Trae Young at this point. At the very least, the Hawks have two games remaining. In the first round, they bounced back from a Game 2 loss in New York and won the next three. Atlanta was down 2-1 against the Sixers last round and gutted out that series in seven games, winning three times on the road. The team has a terrific mix of young and old, and Nate McMillan has worked wonders with these guys.

A victory in Game 4 would turn this into a best-of-3, and we already know that hostile arenas do not faze them. Middleton had the hot hand in Game 3, and who is to say that Bogdan Bogdanovic or Kevin Huerter or Danilo Gallinari cannot be that type of player for Atlanta sometime in the coming week? Count the Hawks out at your own peril. Knicks fans and Sixers fans will tell you not to take them lightly.

We've got a big week ahead of us. Let’s hope it brings more good stories than bad.

But the only thing we know for sure is that one of these four franchises will eventually end a very long drought.