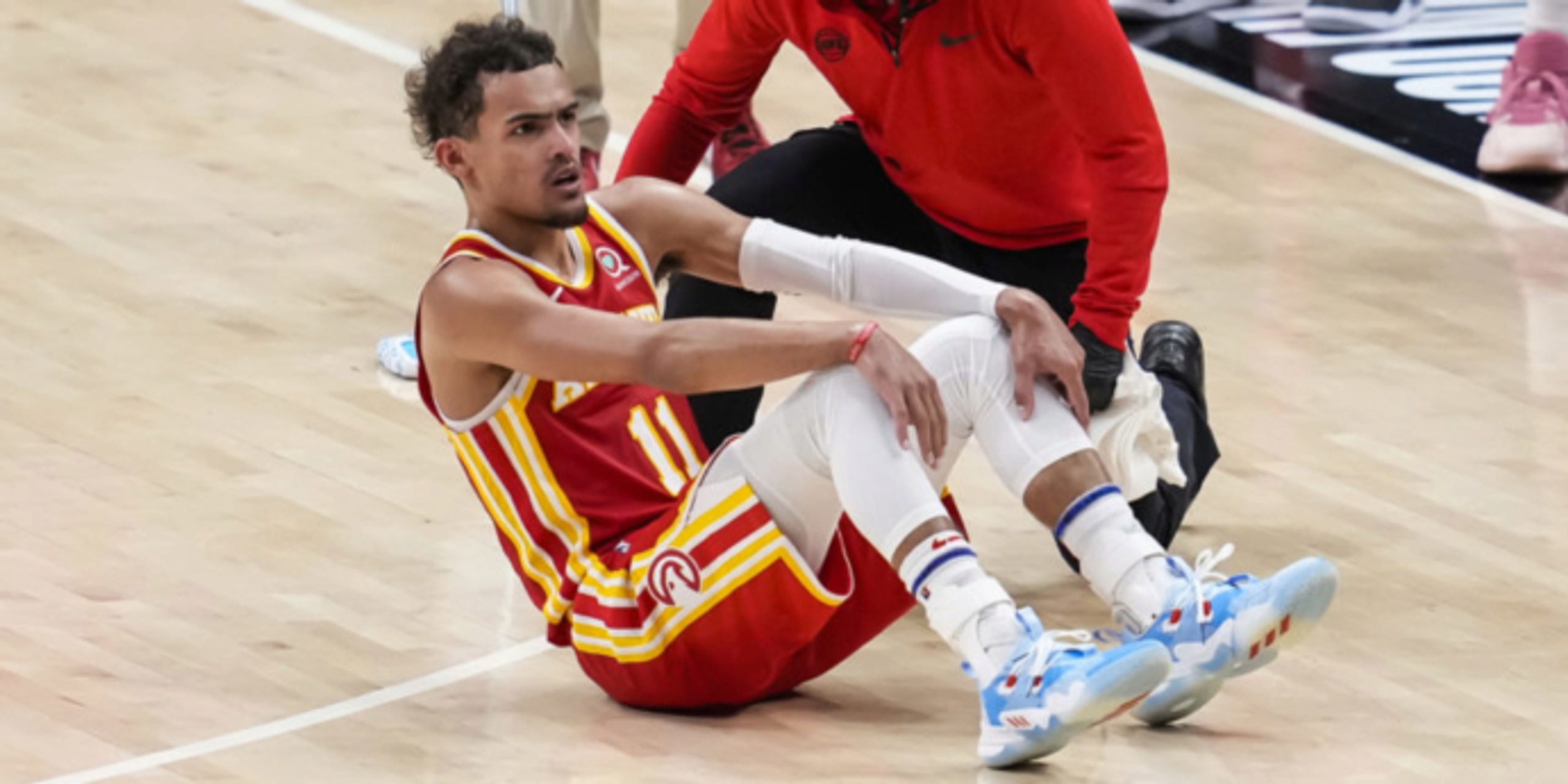 All eyes on Trae Young's ankle after freak encounter with ref

Finally, Trae Young ran into someone he couldn't beat.

The Atlanta Hawks' playoff star sprained his right ankle in a freak encounter with an official's foot late in the third quarter of Game 3 in the Eastern Conference finals against the Milwaukee Bucks on Sunday night.

Young was able to return for much of the fourth quarter, but he didn't have the sort of explosiveness that has made him the breakout leader of Atlanta's stunning playoff run.

“It's sore right now.," he said, rubbing his forehead. “It's hurting. It's frustrating.”

Young will undergo an MRI on Monday to determine the full extent of the sprain. He'll also be getting extensive treatment over the next 48 hours in an attempt to make sure he's as healthy as possible going into Game 4.

“I don’t know how bad it is, but he was definitely limping,” teammate Danilo Gallinari said. “I’m guessing he was not feeling very good.”

Even though Young finished with 35 points, the Hawks bogged down offensively in the closing minutes, allowing the Bucks to rally for a 113-102 victory that gave Milwaukee a 2-1 lead.

It's hard to envision the Hawks advancing to the NBA Finals if Young is not at least some semblance of himself the rest of the series.

“Of course, he's our best player,” Gallinari said. “If we had to play without him, it's tough.”

Young was injured after he threw a pass that was deflected by Jrue Holiday. The Hawks guard turned to run back on defense, only to step on the foot of ref Sean Wright, who was standing just out of bounds.

It was simply an accident, but that didn't make it any less painful for Young.

Young remained down on the court until the next whistle. He hobbled first to the bench and then to the locker room to be examined.

The Atlanta crowd roared when Young returned to the sideline early in the fourth quarter, having been cleared to go back in the game.

But he was limping noticeably and grimacing when he came up the court. Young made only one of four shots in the fourth period, ruining what had been a bounce-back performance from a tough outing in a 34-point rout by the Bucks in Game 2.

Young acknowledged that he didn't have the speed to blow by defenders the way he normally does.

Coach Nate McMillan took Young out with just under a minute remaining and saw no reason to put him back in.

Now, the focus is on getting him ready for Game 4.

“I don't know right now,” McMillan said. “When he returned to the floor, he was obviously limping on that (ankle). When I subbed for him. we just decided to keep him out.”

Milwaukee star Giannis Antetokounmpo acknowledged that his team caught a break when Young was injured.

“I hope he can compete in Game 4,” the two-time MVP said. "Yeah, the Hawks definitely need him. He’s a big part of what they do and is tough to guard.”

Young has dealt with ankle injuries from stepping on another player's foot.

But a ref's foot?

That was a new one.