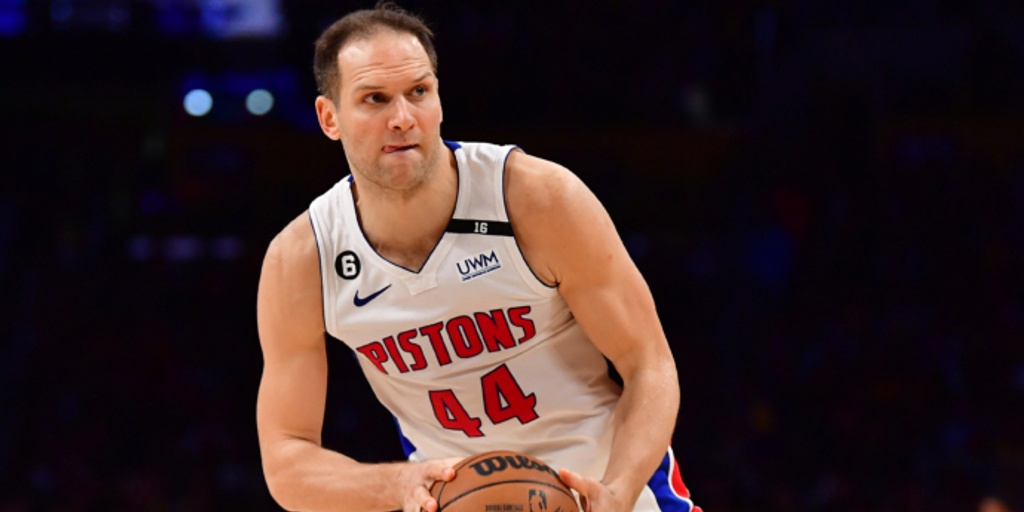 The Lakers are looking into acquiring more shooting, so they have discussed acquiring Bojan Bogdanovic, among others, on the trade market, according to Shams Charania of The Athletic.

"The Lakers are prioritizing shooting in their conversations with teams, and have discussed packages including salaries and a protected first-round pick for Detroit’s Bojan Bogdanovic, league sources, who were granted anonymity so that they could speak freely, tell The Athletic. They’ve also discussed concepts involving New York’s Cam Reddish and Evan Fournier," Charania said.

ANALYSIS: The Lakers have managed to elevate themselves past being the trainwreck they were last season, but not much else. They currently rank 28th in three-point shooting percentage, so getting a sharpshooter like Bogdanovic or taking flyers on Fournier and Reddish could pay dividends for them. It would all depend on what they could send back since Russell Westbrook has found himself.