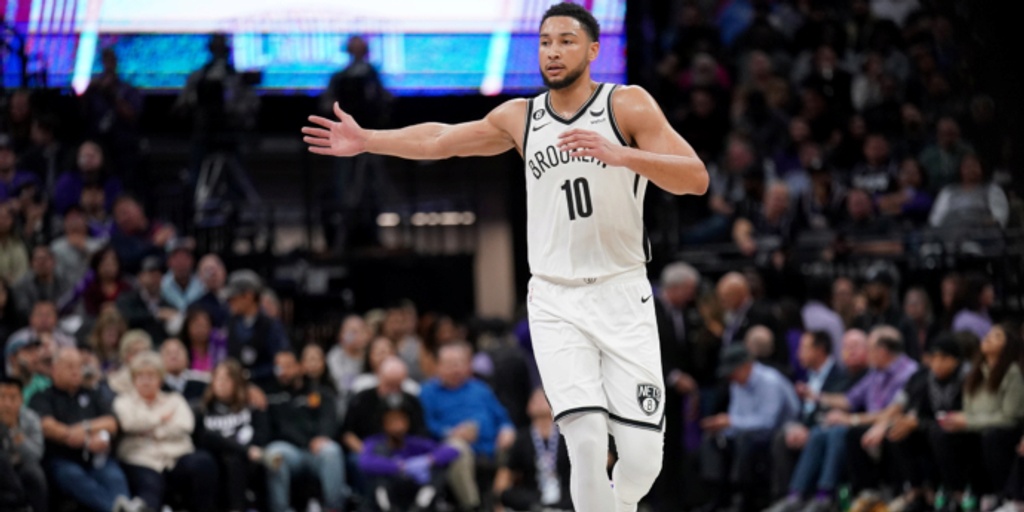 This season, I want to keep tabs on who is — and isn’t — getting the job done as screeners. Every week, I’ll be highlighting a handful of the most powerful (and shameful) screen-setters in the league.

*All stats are through games played between November 12 and November 18, unless noted otherwise.*

BIG OF THE WEEK: ROBIN LOPEZ

It hasn't been the best time for the Cleveland Cavaliers. After jumping out to an 8-1 start, they've lost five of their last six games — the win coming in double overtime against the Charlotte Hornets on Friday night.

However, we're not here to talk about the Cavs at large, or their defense falling off a cliff over the last week and a half.

For all the joy derived from the sweeping hooks over either shoulder, the foundation of Lopez's offensive value is his ability to clear runways. With Jarrett Allen missing two of the three games the Cavs played this past week, Lopez filled in and made life easier for the guards, particularly Darius Garland.

Watching Lopez spring Garland free was a hidden treasure of an otherwise wonky stretch of basketball. The Garland-Lopez ball screen was good for an absurd 1.33 points per play (PPP), per Second Spectrum.

Lopez was the most effective on-ball screener in the league this week. He generated contact on 86.7% of screens, the highest clip among 63 players to set at least 40 screens. Second Spectrum also tracks "die-on" percentage, essentially the rate in which the player screened gets wiped out by a pick. Lopez's 8.9% clip also lapped the field.

Quality work from the Other Lopez.

Confusing and otherwise outdated positional designations aside, I found myself optimistic on the play of Ben Simmons this week. He isn't close to being the All-NBA player he was at his healthiest, but it feels like the aggression is coming back, one game at a time.

By virtue of his team and (shifting) role, screening has become a more important piece to Simmons' game. After setting roughly nine on-ball picks per 100 possessions in the 2020-21 season, Simmons has more than doubled that volume this season (21.5 per 100). He's connecting on 72.5% of his screen this season, and had some fun reps this past week.

The next step for Simmons, and something we saw inklings of this week, will be rolling harder after the screen. He has serious short-roll passing chops, but he has to make himself available for them.

SMALL OF THE WEEK: MONTE MORRIS

His job is to make his teammates better, whether that's orchestrating a ball screen, lifting up the arc when Bradley Beal or someone else runs a ball screen, making timely cuts or being a lead blocker as part of Washington's continuity-based offense.

Did you know the Wizards generated 1.5 PPP on possessions featuring an off-ball screen from Morris this week? Now you do!

YOU SHOULD HAVE THE FACILITIES FOR THIS, BIG MAN: DEANDRE JORDAN

Aye man, you just have to be better than this.

There are more clips, but we can leave it there.

DeAndre Jordan is on the roster to make life easier for folks — particularly on the floor. His screen-setting and vertical presence is supposed to be a change-of-pace from what Nikola Jokic (or Jeff Green or Zeke Nnaji) provides at the 5 spot.

Frankly, Jordan hasn't done enough. Among the aforementioned 63-man group that set at least 40 on-ball screens this week, nobody did a worse job at connecting on them than Jordan did (35.4% contact rate). To shoot him some bail, the guards were feeling reject-heavy this week, particularly when defenses tried to ICE them — meaning the on-ball defender forced the ball-handler down the sideline.

Of course, we also got this rep he slipped out of.

Even in the high/middle ball screens, it was more likely that Jordan turned and ran early or screened with his arm (yes, singular) than anything else. Considering some of the issues that have popped up for him defensively, he can't afford to miss on the little things like this.

WE SEE YOU TOO: BOL BOL

As the resident Bol Bol fan, I'm practically begging him to at least pretend to seek out contact sometimes. There's only so much impact he can have with his frame, but finding a defender's hip more frequently would do a world of good for him.

At the very least, if he's going to slip as often as he does, use the eight feet of arms and make himself a target. To slip and still have his arms by his side doesn't do anyone any good.