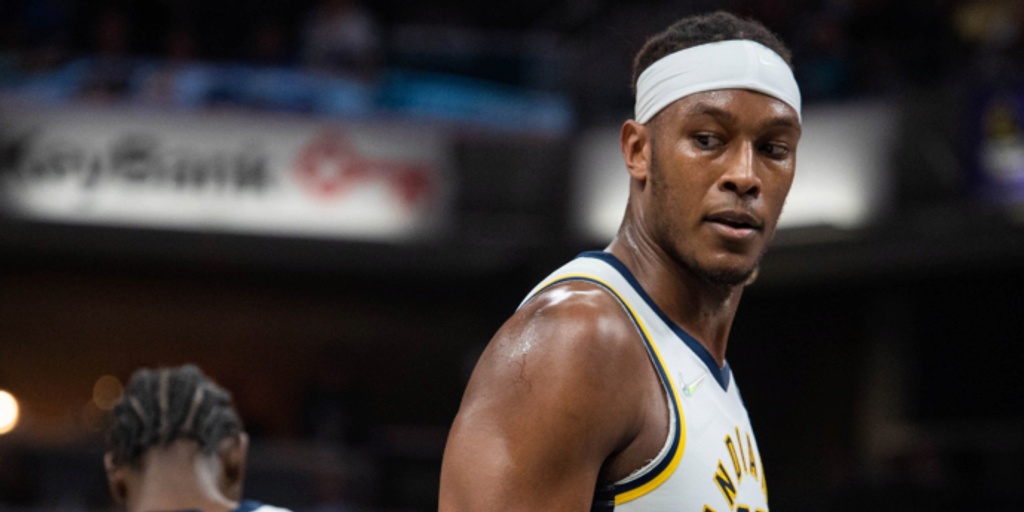 Myles Turner loves Indiana and is excited to play with Tyrese Haliburton, who’d represent the first true pass-first point guard he’s played with on the Pacers, according to Michael Scotto of HoopsHype.

"If Turner remains with the Pacers, he’s expected to have a solidified role as the starting center with more potential offensive opportunities now that Domantas Sabonis is no longer sharing the frontcourt with him.

"Turner, 26, is young enough to fit Indiana’s rebuilding timeline. However, the question is whether the Pacers will want to pay the league’s top shot blocker potentially more than his current $18 million salary when he becomes a free agent next summer."

It's tough to see where Turner stands with Indiana going forward. The Pacers aren't really in a position to win now, and yet the pairing of Haliburton and Turner is intriguing enough that they shouldn't get rid of Turner just yet.