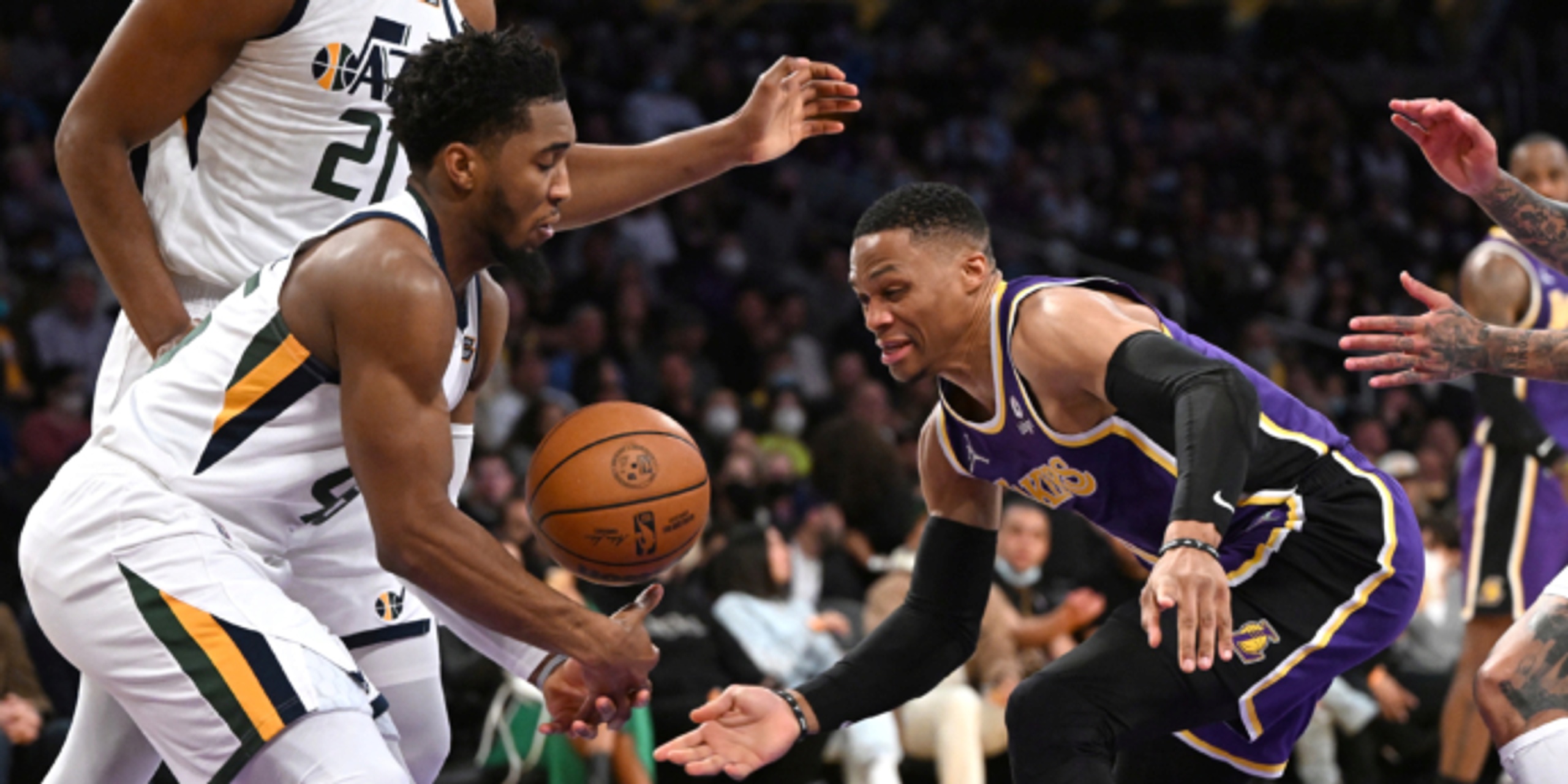 The Lakers had conversations about joining the Jazz and Knicks a few weeks ago in a potential three-team trade, according to Michael Scotto of HoopsHype.

"The proposed three-team trade scenario included [Russell] Westbrook going to Utah and getting bought out. Utah would send Donovan Mitchell to the Knicks, a combination of two players, including Patrick Beverley and Jordan Clarkson, Bojan Bogdanovic or Malik Beasley to the Lakers, and the Jazz would receive significant draft pick compensation from the Knicks and Lakers. The Knicks also would’ve had to part with veteran salary filler(s), such as Derrick Rose to help make the salaries work. The Lakers also have had interest in trading for Knicks forward Cam Reddish, who could also become part of a trade."

Because Beverley and Beasley were included in the Rudy Gobert trade, they can't be traded with any other players until August 30, which may explain why a deal hasn't been completed.