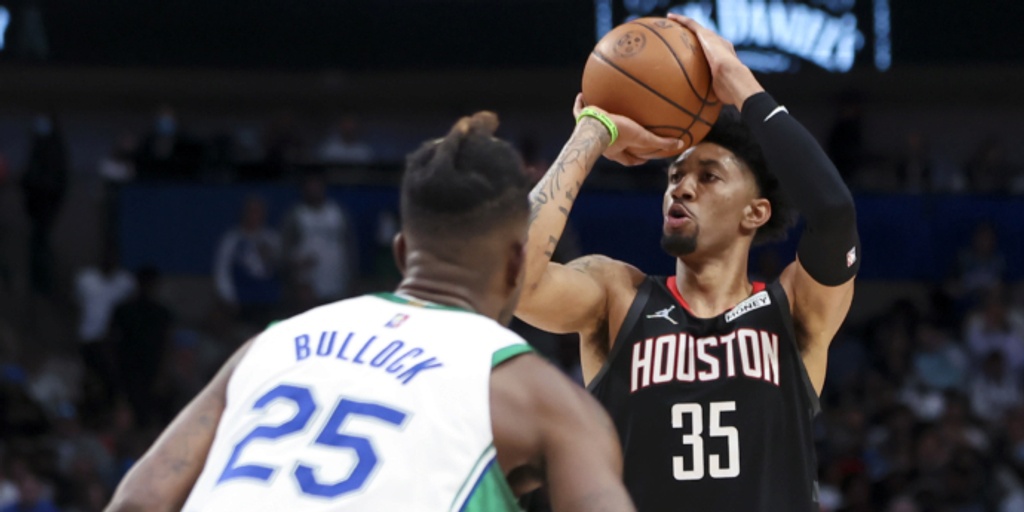 Rockets trade Christian Wood to Mavs in deal including No. 26 pick

According to reports from both The Athletic's Shams Charania and ESPN's Adrian Wojnarowski, the Houston Rockets are trading Christian Wood to the Dallas Mavericks.

Charania reports that Dallas is sending Boban Marjanovic, Sterling Brown, Trey Burke, Marquese Chriss and the No. 26 overall pick to Houston in the deal.

Sources: The Mavericks are sending Boban Marjanovic, Sterling Brown, Trey Burke, Marquese Chriss and the No. 26 pick to the Rockets for Christian Wood. https://t.co/fbxxAL7OGu

ANALYSIS: Wood has been in the trade rumor mill for a long time, and this deal places him on a Mavericks team with championship aspirations. The 26-year-old averaged 17.9 points and 10.3 rebounds per game in 2021-22 while shooting 39.0% from beyond the arc.

Dallas, meanwhile, sends back several reserves who did not factor into the playoff rotation, along with a first-round pick that the Rockets can use to bolster its young core.