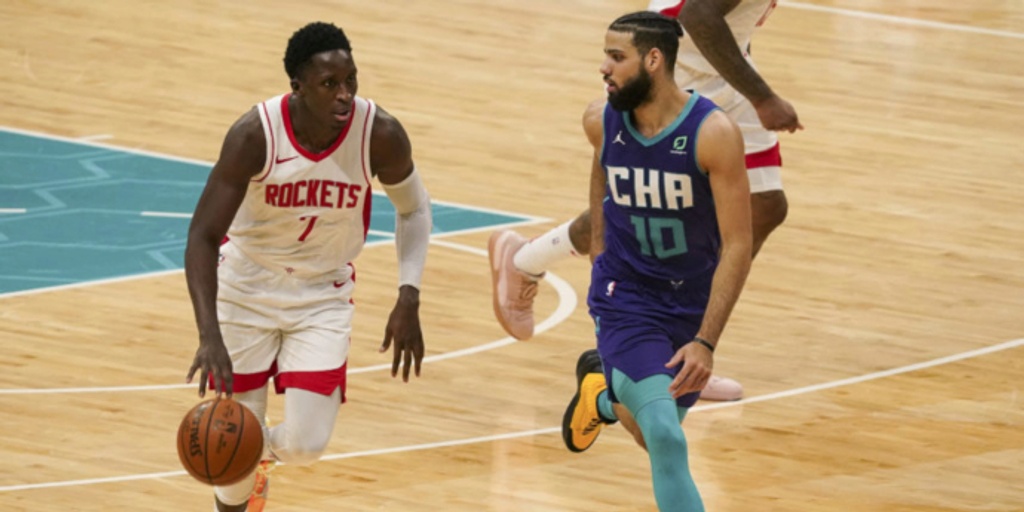 The Houston Rockets are reportedly expected to trade both prominent stars and supporting players as the NBA trade deadline approaches.

ANALYSIS: According to the report, "In addition to Houston's most-whispered names, Victor Oladipo and P.J. Tucker, team executives polled by B/R are also curious whether the Rockets will look to move supporting players deeper in their rotation. They're specifically eyeing Houston's cadre of athletic, two-way wings like Danuel House Jr., Ben McLemore, Sterling Brown and Jae'Sean Tate."

The Rockets have lost their last 13 games and have not won a contest since Feb. 4. Houston owes Oklahoma City its first round draft selection if the pick falls outside the top four spots, giving the franchise all the more reason to tank.