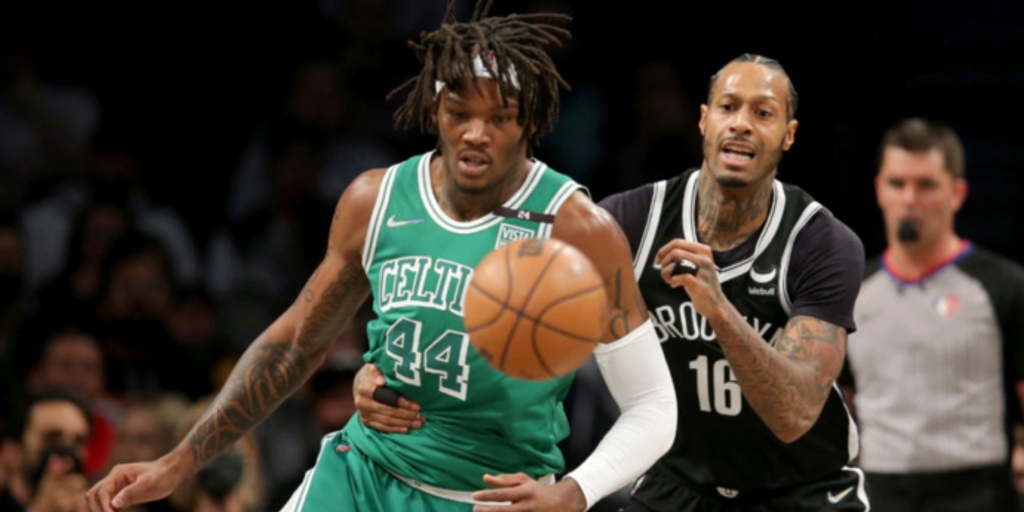 Robert Williams III could play in Game 3 or Game 4 vs. Nets

Boston Celtics center Robert Williams III is nearing a return and could play in Game 3 on Saturday or Game 4 on Monday against the Brooklyn Nets, according to The Athletic's Shams Charania.

Later on Friday, ESPN's Adrian Wojnarowski reported that barring a setback, Williams intends to return to Game 3 in "limited minutes." Pending on how he feels after the contest, Williams could be back to a significant minutes load as soon as Game 4.

Williams suffered a torn meniscus on March 27 and his progress will continued to be monitored before making a final determination.

This season, Williams has averaged 10.0 points, 9.6 rebounds, 2.2 blocks, 2.0 assists and 0.9 steals, while shooting 73.6% from the field. He's a key part of Boston's NBA-best defense, as Brooklyn's Bruce Brown noted when the Nets drew the Celtics in the first round.