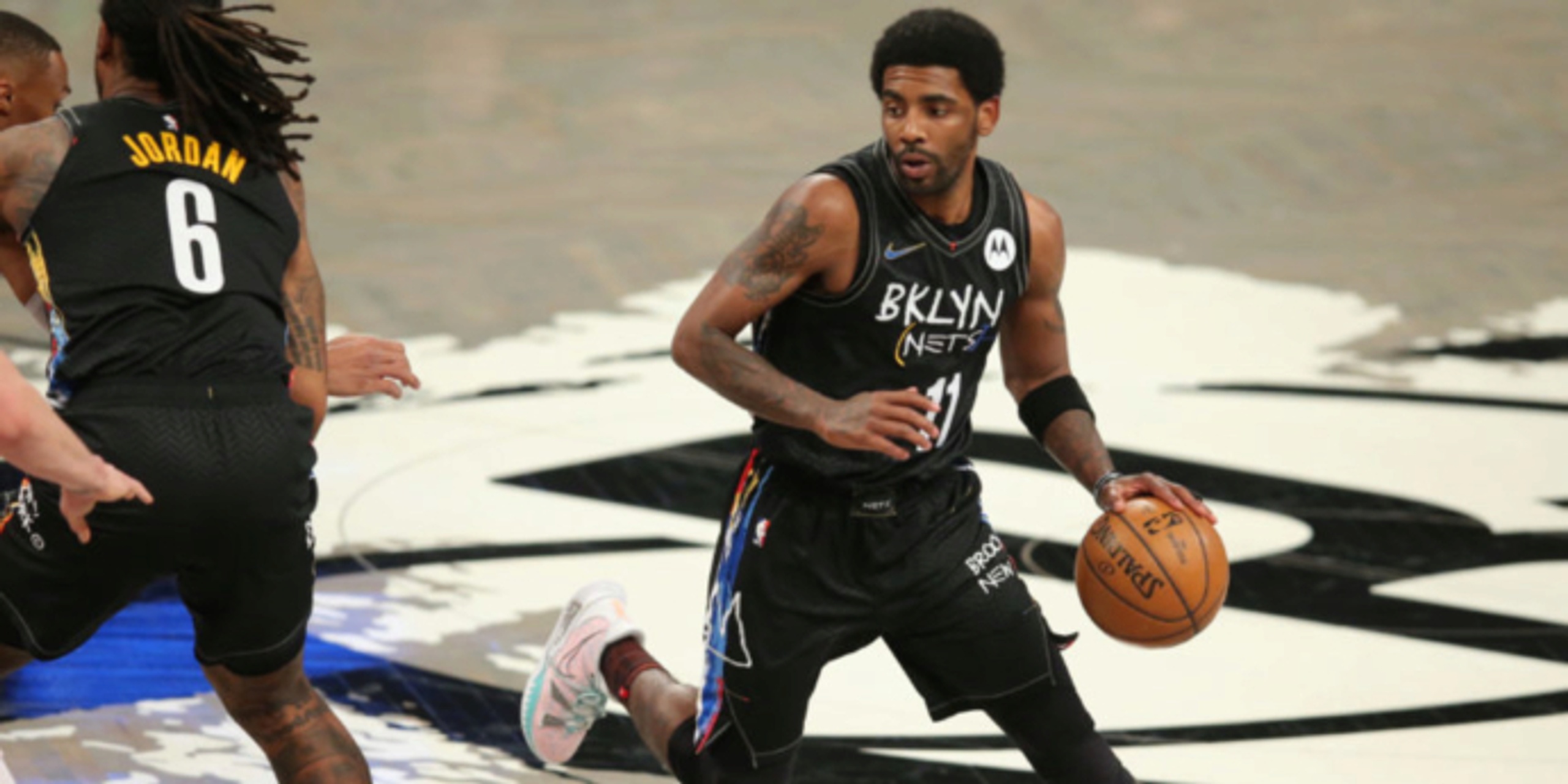 The Atlanta Hawks are currently three games over .500 (27-24), good enough for the fourth seed in a crowded Eastern Conference. Trae Young stirs the drink and sips it too, currently vibing as the NBA's only player averaging at least 25.0 points and 9.0 assists this season. He probably isn't getting enough attention for how good he's been, but the general consensus is aware of him being Atlanta's best player.

Clint Capela has a strong case for being second, an upset once you consider how good the bouncy John Collins is. But Capela has his bouncy moments too, like when he met Zion Williamson at the apex:

How about this for a basic stat comparison:

Player A is Capela; Player B is Rudy freakin' Gobert.

To be clear: Gobert is better than Capela on both ends. Teams treat him with more reverence -- they duck in a little harder on rim runs, and avoid the paint with more ferver when Gobert is on the court. The fact that Capela is statistically outpacing Gobert on a per-possession basis is a feather in the cap of Capela's underrated case.

He's been an effective pick-and-roll partner with Young, with the two hooking up for 57 alley-oops through 45 games, per InStat tracking. With Young being such a dynamic pull-up threat, Capela has been able to flip and flow into open runways for lob opportunities.

He's been able to toggle through defensive coverages in Atlanta, flowing between drops and the occasional switch. The swat on Zion shines bright, but he's made plenty of boring-but-impactful contests to save buckets this season.

What do you get when you combine rim-running, glass-cleaning, and rim protection at that level? You get this stat: the Hawks are nearly 10 points per 100 possessions better with Capela on the floor, per PBP Stats.

KEVIN PORTER JR. GETTING THE REPS

John Wall has missed the last four games for the Houston Rockets, opening the door for Kevin Porter Jr. to get even more on-ball responsibility. The results: 16.0 points (44/29/68), 5.3 rebounds, 6.8 assists, and 4.0 turnovers,

Catch him on the right possession, and you'll be wowed by the fluidity he plays with. As of today, there are only a handful of players in the NBA who can generate legitimate separation the way that Porter Jr. can. I would say he's slithery, but that may downplay how difficult he is to defend in space. A tight handle plus an elite ability to decelerate can lead to seemingly mundane plays like this:

Porter Jr. is a scorer at heart, but it's been fun watching him leverage the threat of his bucket-getting to create for others. He's waxing between making the simpler reads faster and pounding the air out of the ball, a natural push-and-pull for young ball-handlers. His turnovers are mostly a result of him trying to do too darn much. But you hang in for the high-level flashes. The Wallian jump-passes, the tight window pocket-passes.

He's a fun dude to watch.

A) one of the best shooters of all-time

B) one of the best ball-handlers of all-time

C) one of the best finishers of all-time

D) all of the above

You'd technically be right if you chose "D", though even that sells him short. The handle is connected to the shot; the shot is connected to the finishing. All of it is compounded by Kobe-esque footwork that allows him to generate whatever shot, from wherever, over whomever, from a multitude of angles that mere mortals couldn't dream of.

Here's a game for you. Watch this compilation. It's only a minute and eight seconds long.

Watch all of it, then hit me up on Twitter (@NekiasNBA) with the hashtag #KyrieClip telling me which highlight you laughed at first.

Death by a million slices

The Chicago Bulls got off to a rough start following the trade for Nikola Vucevic, losing their first four games with the big man. They've reeled off two straight since then, beating the Brooklyn Nets and Indiana Pacers respectively. It's been fun watching the Bulls figure out how many ways they can utilize Vucevic. He's operated as a roller and popper in pick-and-rolls; those actions have been especially effective with an empty corner.

I like this set they've been running to get Vucevic post-up opportunities.

The defense simply can't rest. Vucevic is a good enough passer to hit Coby White on the cut if he gained a little more separation. Heck, if White didn't cut, he could've screened for Troy Brown Jr. before flowing into a handoff (Chicago action).

White instead screens for Vucevic after the cut, putting the Pacers in a pick-your-poison situation. Switching that screen would've put McConnell on Vucevic, a massive size advantage that would've forced a double. With no switch, you're asking a center to fight over a screen at a weird angle and hoping he can beat Vucevic to his spot on the catch.

Vucevic takes his time and scores later in this possession, but I like the quick-hitting nature of the action.

Stanford is flipping the script

Stanford won their first national title since 1992 on Sunday night. They're blessed with elite coaching -- Tara VanDerveer is the NCAA's winningest coach -- and a deep, versatile roster. No two players highlight the blend of size and skill quite like do-it-all guard Haley Jones and Cameron Brink. So, why not put those two in actions together?

You get an exchange of positioning on the baseline before Jones lifts to the left elbow. Brink does a great job of clearing space for Jones to lift into while putting 'Zona behind the action in the process. Jones resets, attacks versus the drop, then uses her defender's positioning against her to spin back for the contested finish.

The Kings have counters for their counters

The Sacramento Kings have some fun wrinkles out of Double Drag. Not only do you have to worry about the one-pops, one-rolls nature of the action, you also have to worry about one of the screeners reversing course and setting a pick for Buddy Hield to fly off of.

Oh, and you have to worry about this too:

Anyway, here are some -- not all, but some! -- of the stories I’ve read this week (since 3/31) that I think you should check out. Their Twitter handles will be linked under their names, so click and follow if you don’t already.

Cody Houdek started a much-needed discussion on the nuances of evaluating perimeter defense.

Seerat Sohi talked to Zion Williamson about his football traits, and how they translate to the basketball court.

Dan Devine waxed poetic on Aaron Gordon and the Denver Nuggets unlocking each other.

Natalie Weiner came through with a fantastic feature on Arizona star Aari McDonald.

Katie Lever and Andrew Zimbalist tag-team on a piece highlighting the lack of resources given to NCAA women's basketball.