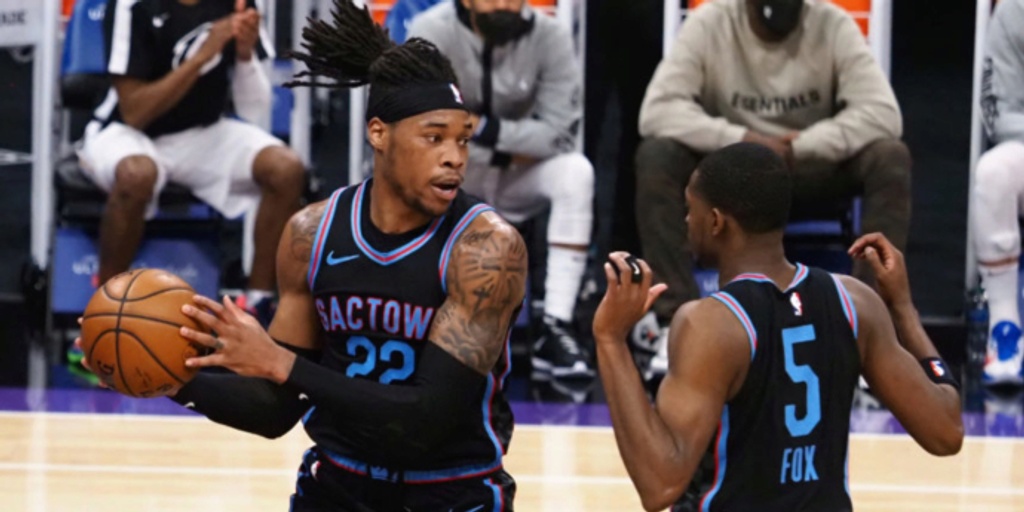 Richaun Holmes expected to stay with Kings despite opposing interest

Richaun Holmes is expected to return to Sacramento, sources said, although a market for Holmes may still exist with Dallas, New York and Toronto.

ANALYSIS: Holmes has been rumored to be a target for a number of teams, including the Hornets. But Fischer also reports: "After Charlotte acquired Mason Plumlee and Kai Jones on draft night, the Hornets are no longer considered a free-agent destination for centers."