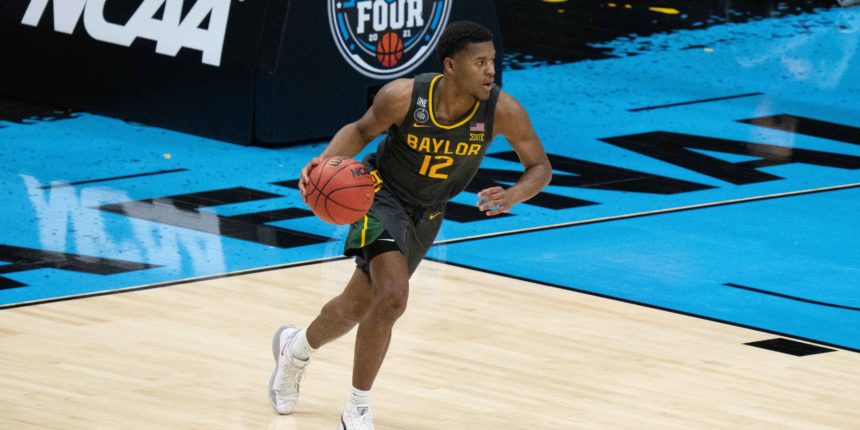 Report: Thunder 'have their eyes set' on Jared Butler with No. 18 pick

BasketballNews.com Lead Draft Analyst Matt Babcock was asked in a recent Q&A about Jared Butler's draft stock, now that the Baylor guard has been cleared by the NBA's Fitness-to-Play panel.

"One thing to keep in mind is that being cleared by the NBA’s Fitness-to-Play panel is completely different from being cleared by each team’s doctors," Babcock said. "I’m absolutely hoping for the best for Butler, but I don’t think he is completely out of the woods, as I still think it’s more than possible that he could be medically red-flagged by some teams.

"However, a rumor that I hope to be true, for Butler’s sake, is that the Thunder have their eyes set on Butler with the No. 18 pick."

Butler averaged 16.7 points and 4.8 assists per game while shooting over 41.6% from long range at Baylor last season. Babcock currently has the combo guard placed at No. 18 in his latest mock draft.