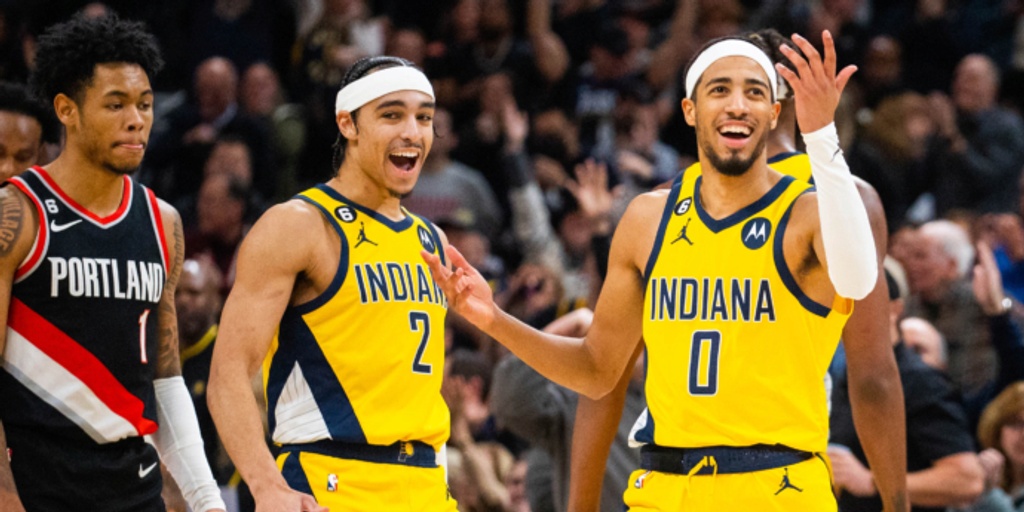 Report: Pacers expected to be buyers before trade deadline

One of the surprises of this season has been the play of the Indiana Pacers.

Heading into the season, most thought that the Pacers would struggle and be in contention for one of the top picks in the 2023 NBA Draft. Instead, the Pacers' young core has performed well-above expections with a 23-19 record, putting them in the 7th spot in the Eastern Conference.

Jake Fischer of Yahoo Sports is reporting that "there’s indeed a growing sense among rival teams that Indiana will search for upgrades ahead of the Feb. 9 trade deadline," and the team is focused on finding an upgrade at power forward.

The Pacers have three first-round picks in the upcoming draft: their own, Cleveland's (as part of last year's Caris LeVert trade) and Boston's (from the Malcolm Brogdon trade over the summer).

In addition to draft capital, the team seems willing to include 25-year-old guard Chris Duarte in a trade.

One player of interest is Hawks power forward John Collins. Indiana has had internal discussions about pursuing the power forward, according to Fischer.

Fischer adds that PJ Washington of the Hornets may also a target for the Pacers, and he could be a more "cost-effective solution" since he will be a free agent this offseason.