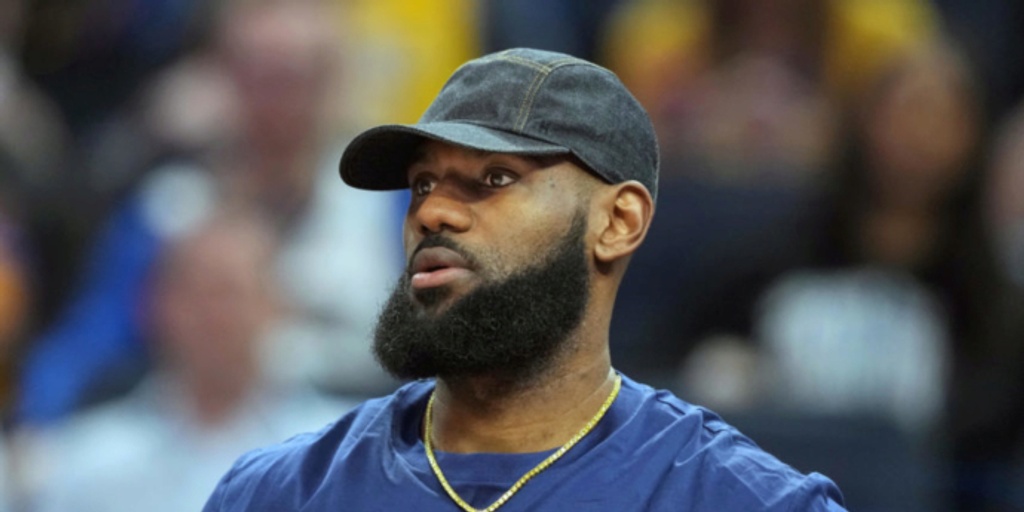 Report: LeBron James may not sign extension with Lakers

While Lakers' star LeBron James is eligible for a two-year contract extension this summer, he is considering not signing the deal and playing out the final year of his contract according to Sam Amick of The Athletic.

"Based on my conversations with people who have a strong sense of such things, it’s clear James is considering playing out this contract rather than signing a two-year extension this summer," reports Amick. "If flexibility and freedom are the goals here, James (who is owed $44.4 million next season) could go back to the year-by-year approach he perfected in his second Cleveland stop."

James has one-year left on his current deal and is eligible to sign a two-year, $97.1M extension with the Lakers in August.

The report from Amick states that James is commited to trying to play with his son Bronny Jr. if he makes it to the NBA which could happen in 2024 at the earliest. James could sign one-year deals to remain flexible in helping making that dream of playing with his son come true and that "if he has to take less than max money at some point to make it happen, then so be it."

ANALYSIS: Some of this may be postering from James who always wants to have some measure of control wherever he plays. That being said, he may not want to deal with the dysfuction of the Lakers management which has its hands full this offseason. Not only will it be looking for a new head coach following Frank Vogel's firing, the team will have to rebuild a roster around James and Anthony Davis with limited draft capital and very little cap flexibilty, especially once Russell Westbrook likely exercises his $47.1M player option for next season.