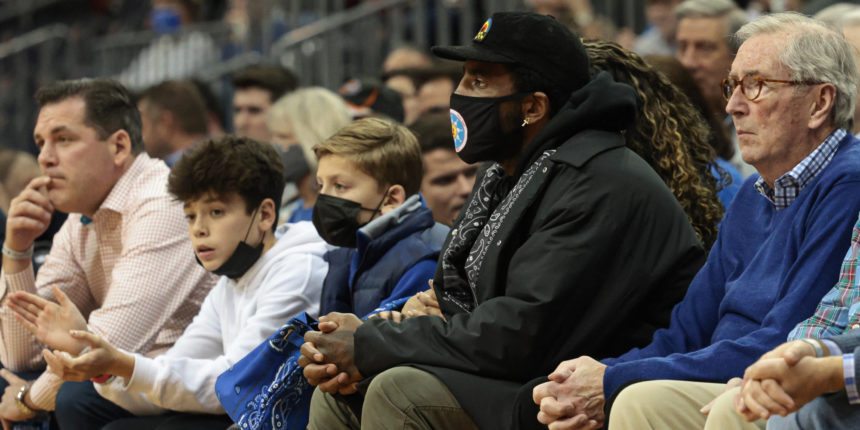 The 2021-2022 NBA season has been pretty exciting and interesting, but one of the most glaring things missing has been Kyrie Irving. The 29-year old point guard is one of the flashiest players in the NBA, but he still has yet to play for the Brooklyn Nets this season due to his unvaccinated status. And a return isn’t looking likely.

The question mark over the Brooklyn Nets

Coming into the season, it was hard to say any team had more talent than the Brooklyn Nets. A superstar trio of Kevin Durant, James Harden, and Irving, along with a deep supporting cast, looked like the recipe for a championship. But like always, things don’t work out as perfectly as they look on paper.

The state of New York has issued a mandate that requires getting the shot in order to enter certain facilities, like the Barclays Center. That obviously means Irving can’t practice or play in home games, but the Nets organization also simply decided to sit him out completely. It’s only logical, as the team couldn’t function properly in that type of arrangement.

Nets fans hoped Kyrie would have a change of heart or be convinced by his good friend KD to get the shot, allowing the Nets to play in all of their power. But here we are, two months since this story started trending, and there is no progress. Kyrie is not with the team, and the return is looking unlikely, as neither the state of New York nor Kyrie will make the first move.

What’s next for Kyrie and the Nets?

Kyrie Irving has his beliefs, but the Nets are still playing and trying to win a championship. They would benefit greatly from Irving suiting up, but that isn’t looking likely, as Shams Charania told us on the Pat McAfee Show:

"Kyrie Irving is nowhere closer to getting the vaccine & he's not gonna play basketball unless he gets traded" ~@ShamsCharania#PatMcAfeeShowLIVE pic.twitter.com/HkNO09TIKz

It is obvious Irving won’t play this season, at least for the Brooklyn Nets. So what should the Nets do? As much as breaking up such an elite trio hurts, that might be the only solution. The Nets are still at the top of the Eastern Conference with a 15-6 record, which speaks volumes of their talent. Durant and Harden have been able to keep them at the top despite struggling with injuries and problems even outside of the Kyrie Irving situation.

But if they want to establish their place among the elite contenders like the Warriors or the Suns, they will need to make a move. I’m sure you can find interested trade partners, despite Irving's playing status. A player of such caliber isn’t often on the block, and the Nets should explore their options. One thing is for sure: they definitely have more leverage with Irving than the Philadelphia Sixers do with Ben Simmons and his absence.