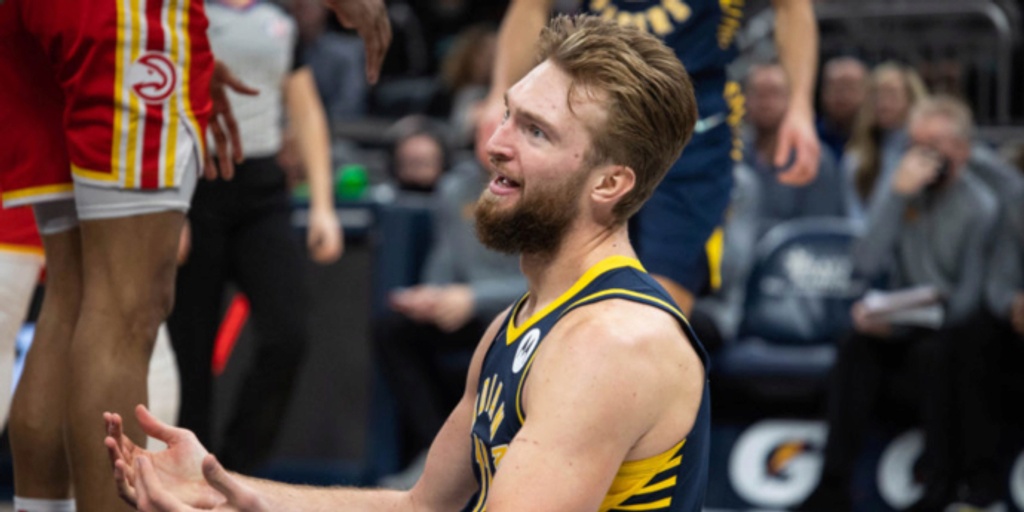 The Indiana Pacers are running around the obvious problem with their team right now. After another embarrassing loss at home on Friday night, this time to the Miami Heat, who were without Jimmy Butler and Bam Adebayo, serious questions need to be asked.

Sure, Nate Bjorkgren was a disaster last season as a first-time head coach, which led to splurging on bringing Rick Carlisle over from Dallas. However, even with Carlisle’s principles being put into place in Indy, it’s now becoming crystal-clear what the real issue is for the Pacers.

It’s time to officially blow up this roster, or at least make a significant change to finally steer the ship in the direction of an extensive rebuild attempt.

For years now, Indiana has been content on the wheel of first round playoff exits. This will likely be the eighth consecutive season where the Pacers finish without a postseason series win. Indiana is known for basketball, but the 2021-22 Pacers are on the verge of becoming irrelevant.

Indiana is perfectly average, smack dab in the middle of overall efficiency on both ends of the court. They do not have a true No. 1 option that can take over games, simply multiple players who slide in as secondary pieces on good teams.

Sitting with a 9-16 record through the first quarter of the regular season, No. 13 overall in the Eastern Conference, Indiana is staring down the barrel of a long overdue organizational move. The question is: will owner Herb Simon, notorious for avoiding luxury tax payments and supplementing the organization with playoff revenue, give the go-ahead on a midseason fire sale before it’s too late? The same needs to be said for team president Kevin Pritchard, who neeeds to come to the same realization that this team is nothing more than mediocre.

Is T.J. Warren’s return from foot surgery next month really going to flip the Pacers’ immediate fortunes in the reloaded Eastern Conference hierarchy overnight? No, and it’s time to reassess this roster for long-term hopes while sacrificing short-term success.

The problem for Indiana is: who exactly will help kickstart an overdue rebuild where stockpiling young talent and bottoming out is the way to go for a small-market franchise? Malcolm Brogdon would have been the obvious choice, but Indiana decided to lock him in on an extension before the regular season opener, eliminating him in trade discussions until at least next offseason. Caris LeVert isn’t coming close to the same production Victor Oladipo provided pre-quad injury, but that was to be expected when canvassing through the former Michigan Wolverine’s overall offensive profile. Not shedding his injury-prone label at all before becoming an unrestricted free agent, Warren has little chance of returning serious positive value in a trade.

Indiana is coming to the proverbial fork in the road on an experiment that we all knew would need to end sometime soon. Will it be Domantas Sabonis or Myles Turner who is shipped off at their peak value in February? If the Pacers aren’t having serious discussions about this scenario, then they may honestly be content on being a roster with its highest ceiling being a 6-8 seed and perennial first-round exits.

Sabonis is a rare big man who a team can run its offense through as a primary or secondary hub. Already a two-time All-Star, Sabonis has flashed 20-point, 10-rebound upside and probably would thrive even further as another team’s second or third option, compared to being a No. 1 in Indianapolis. Meanwhile, Turner is an elite rim protector who can also stretch the floor from beyond the arc. As far as modern big archetypes, Turner is a piece who can swing the pendulum of fortunes in a positive direction for a playoff or championship-hungry organization.

If we’re speaking about which player would return the highest value in a mid-season trade to a hopeful playoff contender, Sabonis is the answer. A frame of reference from a negotiation standpoint is when the Orlando Magic traded Nikola Vucevic to the Chicago Bulls centered around an enticing package of Wendell Carter Jr. and two future first-round picks (Franz Wagner plus a 2023 1st). Vucevic was 30 years old when the Magic finally decided to pull the plug on their mediocre ceiling. At age-25 with three years remaining on his current contract, there’s a real argument to be made that Sabonis could return an even heftier package for Indiana to sell high on.

Turner, on the other hand, would still bring back a strong return with his improved motor and intensity. Already known as one of the best shot blockers in the Association, Turner has also cranked it up on offense attacking the boards and being more aggressive overall. In the end, Turner’s trade value likely falls within the realm of returning a promising young prospect plus salary filler.

Although the jumbo-sized frontcourt duo is actually doing better than anticipated this season, outscoring opponents by 8.4 points per 100 possessions in two-man lineup data (105.8 OffRtg, 97.5 DefRtg in 396 total minutes), it’s simply not a sustainable formula.

For years, Pacers fans have wanted to see the Sabonis-Turner duo be split up and commit to one as their starting center long-term. Finally, that time seems to be right around the corner, if Indiana’s front office truly reflects on where the team currently stands.

If Indiana does indeed the pull the plug on the current iteration of their roster, there will be a feeding frenzy at February’s trade deadline. I can think of so many teams off the top of my head who would be blowing up Indiana for either one of their bigs. It’s simply the right move to make for the long-term outlook.

Outside of No. 13 overall pick Chris Duarte, who’s turned some heads early on with his stellar transition to the NBA, who exactly is a young piece Indiana can build around? Small markets need to focus on hitting in the draft, which has been a rarity for the Pacers over the years, alongside internal player development.

Indiana must come to that conclusion and use one or potentially both of Sabonis and Turner to help this longstanding issue fix itself over time. The problem is, after bringing aboard a win-now veteran coach in Carlisle, he may not give the go-ahead for this route.

Anyway you want to slice it, there’s a serious predicament unfolding in Indy. If the losses continue to pile on, the Pacers need to accept their new reality and embrace the tank for the betterment of the organization.

With the league’s worst attendance by a wide margin, Pacers fans are already tuning the team out. It’s time to wave the white flag and find a better solution to bring the Pacers back to relevance.