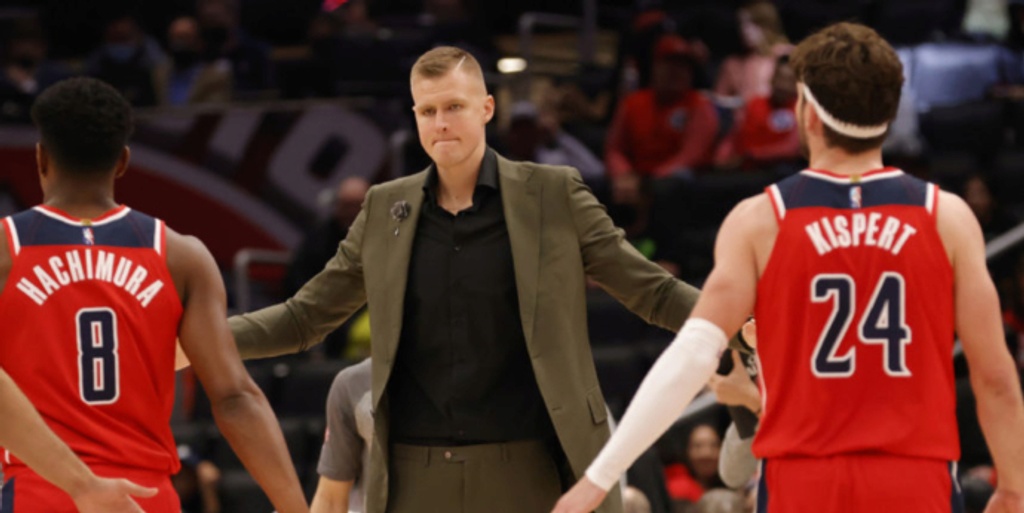 Kristaps Porzingis will make his debut for the Washington Wizards on Sunday, March 6, according to Chase Hughes.

Kristaps Porzingis is expected to be available tomorrow to make his Wizards debut, @NBCSWashington has learned. As long as things go well in shootaround, it is looking good for him to play.

Porzingis has been recovering from a bone bruise that forced him to miss his final six games with Dallas and his first three with Washington. He'll return to a Wizards team that is currently 11th in the Eastern Conference -- and just two games behind the Hornets for the final spot in the play-in tournament.

Porzingis represents an upgrade for a Wizards team hoping to qualify for the 2022 NBA Playoffs. Porzingis was averaging 19.2 points and 7.7 rebounds per game prior to suffering the injury in late January.