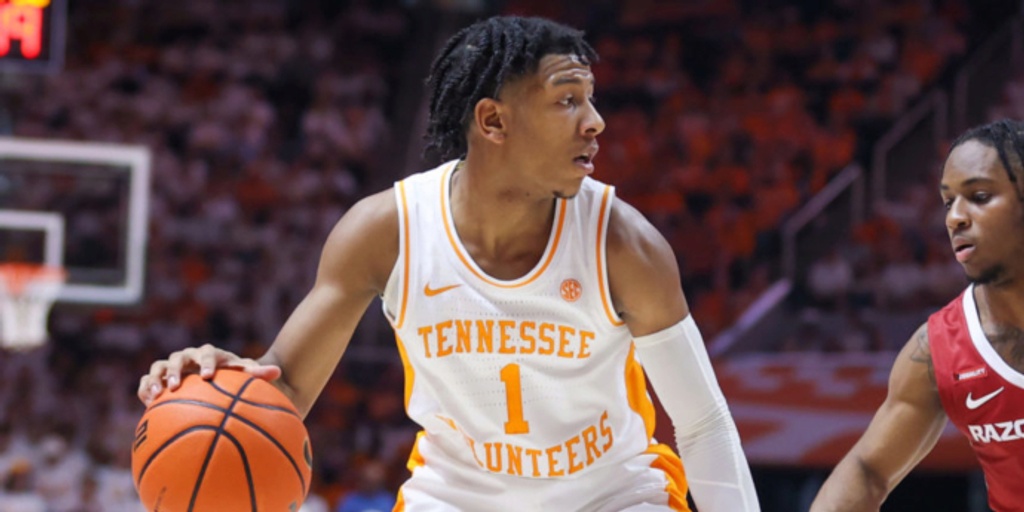 The No. 13 Tennessee Volunteers remained undefeated at home this year by withstanding a comeback down the stretch, holding on to beat the No. 14 Arkansas Razorbacks behind strong performances Kennedy Chandler and Santiago Vescovi, 78-74. Arkansas swingman JD Notae led all players with 20 points.

The Volunteers (23-7, 14-4 SEC) place No. 8 nationally in the NET Rankings and have the third-best Adjusted Defensive Efficiency in the country. Led in scoring by their two guards, Chandler and Vescovi, they already have wins against two potential No. 1 seeds in March Madness (Arizona, Auburn), and will be a force to be reckoned with in the SEC Tournament.

The Razorbacks (24-7, 13-5 SEC) are arguably the hottest team in America. Now No. 19 in Adjusted Efficiency, they entered this one having won five in a row and 14 of their last 15. Notae has had a tremendous season, averaging 18.8 points per game, while Jaylin Williams is setting himself up to be a breakout star next season.

Tennessee took control of this one early, jumping out to a 13-5 lead in the first three minutes. Williams got into foul trouble which sent him to the bench and the Vols capitalized. They would stretch the lead to 33-15 and take a 50-29 lead into the break.

At the half, Chandler was 4 of 4 from beyond the arc for 12 points, which led all players. Vescovi had 10 points and 2 assists, while Zakai Ziegler posted 9 points off the bench. Stanley Umude led Arkansas in scoring with 8 points, and Notae and Chris Lykes each had 5 points. Williams was scoreless in the first.

Arkansas started the second half with 3 turnovers on 3 possessions, as well as Williams picking up a critical third foul. He would, however, score his first points of the game soon after. Lykes hit a tough, pull-up jumper at 16:08; then, Notae had a steal and finish at 15:58 which cut the deficit to 52-39. The 10-0 run changed the air in the arena from excited to a bit more anxious.

Down 74-70, the Hogs got the ball back with 57.8 seconds remaining. A turnover at the 27-second mark by Notae gave the ball back to Tennessee, and Vescovi knocked down a pair of free throws to make the lead 76-72. With 14 seconds remaining, Arkansas trailed by three and had a final opportunity, but Notae couldn’t connect on his attempt.

The Volunteers hung on to win.

Vescovi and Chandler scored 15 points each for Tennessee. Ziegler ended with 13 points off the bench, while Josiah-Jordan James had a strong game with 12 points, 7 rebounds and 3 steals.

Umude and Lykes each had 15 points for the Razorbacks.

Arkansas currently projects as a No. 5 seed in the NCAA Tournament.

Tennessee projects to be a No. 3 seed.