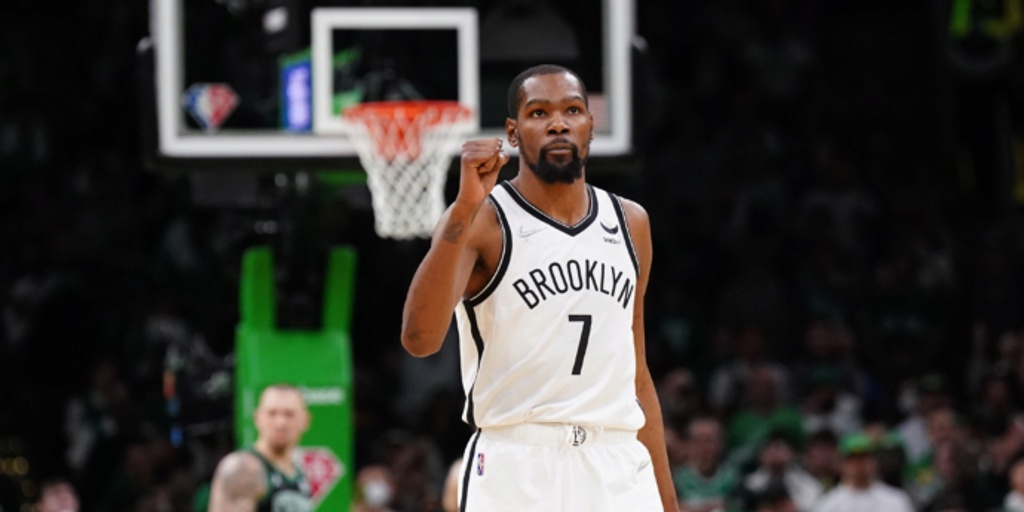 Another day, another report regarding the Kevin Durant trade market.

The latest comes from Ian Begley of SNY.tv who reports that Durant sees the Boston Celtics as a "desired landing spot" and that Durant would like to play with Marcus Smart. The Athletic reported last month that the Celtics had made the Nets an offer that included Jaylen Brown but that Brooklyn would also want Smart in any potential deal for the 12-time All-Star.

While the Miami Heat and Toronto Raptors have been among the teams most linked to a Durant trade, Begley added that the Philadelphia 76ers is another preferred landing spot for Durant and that "there were high-ranking members of the Sixers who’ve felt strongly about engaging with Brooklyn on a Durant trade".

Begley suggests that Philly would have to include Tyrese Maxey and Tobias Harris along with draft picks in any Durant trade.

This latest report comes after word that Durant met with Nets owner Joe Tsai over the weekend and reiterated his trade request while also giving the ultimatum of either trading him or firing head coach Steve Nash and GM Sean Marks.

Tsai tweeted on Monday night: “Our front office and coaching staff have my support. We will make decisions in the best interest of the Brooklyn Nets.”