Compared to a grind-it-away offseason last summer that helped earn him a huge payday, Cleveland Cavaliers big man Jarrett Allen has been traveling and spending much more time with family this go-round.

Allen's latest adventure? Canberra, Australia, where the 24-year-old is participating in the Basketball Without Borders Asia program as a coach for the first time in his career.

"I've been trying to come here to BWB for a while, but things just never lined up,” Allen told Basketball News over the phone. “I just liked the idea of the world-life travel, the connecting basketball globally, expanding the NBA globally. I just think it's a great opportunity to share the game.”

Working alongside Chicago Bulls guard Coby White, Dallas Mavericks swingman Josh Green and Phoenix Suns forward Cam Johnson, Allen’s been appreciative to get to know the guys he competes against. Together, the four NBA players are providing their best knowledge and advice to the next generation of hoopers to ensure the game of basketball continues to thrive.

“That's who's coming after us. That's literally the future of the game, both globally and in the States,” Allen explained. “We have to share our knowledge to the people coming after to just make things better for the future."

Part of the reason Allen feels so strongly about this is that he had the proper guidance when he was in these campers’ shoes.

“I don't remember the names well. But just growing up, [during] my summer workouts when I was their age [at Texas], I used to practice against some college and NBA players,” Allen said. “They would always take the time to help me, to show me little tips about how they played the game, how they played their position, and just helped me get my game to the next level. So that's what I'm trying to do with these kids.”

With BWB Asia Camp wrapping up on Aug. 10, Basketball News spoke with Allen about his involvement, his offseason, the Cavs’ upcoming year and more.

I'm sure Matthew Dellavedova told you good things about Australia. Have you been there before?

Allen: "This is my first time, but so far so good (laughs)."

Did you get any good coaching tips from J.B. Bickerstaff?

Allen: "Ah, no! Actually, I could've asked him (laughs). Honestly, I've been meeting great coaches out here, great people. It's been an amazing experience."

Have you gotten any kinds of unique questions from the campers?

Allen: "The kids didn't really ask me questions. They were kinda shy. But one of the kids just asked about leadership and how to become a better leader, which is surprising. I bet you none of us would've asked that growing up. But it goes to show the kids are trying to be the best they can."

How’s the offseason gone for you?

Is your finger feeling alright?

Allen: "The finger's completely healed, not even like I broke it anymore."

Are you eager to start back up again at your own training camp in Cleveland?

Allen: "Aw yeah. I mean, it feels like the season's been done for eight months. Around this time of the year, I get itching to play, I get ready to get back on the court. But the good thing [is] it's about two months away."

You and Darius Garland are going into your second-and-a-half season together basically. Why do you think you guys have meshed so well as a tandem, and how would you like to build on that this coming year?

Allen: "Things really clicked for us as soon as I got to Cleveland. Obviously, we all know he's an amazing point guard. But the thing that I don't think people realize is just how willing he is to learn the game, how willing he is to work with myself to try to figure out the best position for me to catch the ball and to just finish a lob. And I see it expanding even further.

"Just every single year, especially with him and I, we've improved our games together, improved our chemistry, improved how we play the game together. And I think we still have a long way to go."

What did you think of the team bringing in Robin Lopez?

Allen: "I'm happy with the Robin [addition]. I know him from just playing against him on the court. He's a great dude. The Lopez brothers altogether, just the things beyond social media battles, great guys. Especially defending [Robin], [he's a] great player — Captain Hook (laughs). He has the best hook shot in the league."

Ricky Rubio’s back in the fold too. The locker room’s gotta be thrilled about that.

Allen: "It's so good to have Ricky back. Off the court, great guy. He was a glue guy for us, to be able to keep us together. [He] came in with a positive attitude every day, willing to work. And even especially on the court, he ran the offense, he got us to where we needed to be."

Are we going to see more of that high-low action with Evan Mobley?

Allen: "Oh absolutely, that's not going anywhere (laughs). I mean hey, we've got Lauri [Markkanen] too. We've got all three levels of scoring."

Is anybody coming into the paint after what you two did last year?

Allen: "(Laughs) You know, if they do, they're gonna know what happens."

The @cavs big men put in work in their win 💪 pic.twitter.com/jSdNxx5rAl

You were right there in the thick of it before the injuries hit. Do you feel you guys would’ve gotten further/made more of a run had everybody been healthy?

Allen: "You know, with that, you never can say for sure. I don't like saying if we could've made it or not because what happened, happened. But the possibility is definitely there, and the question is there, of just how far could we have made it."

Being sidelined had to sting, especially with the timing. You guys were surging before the All-Star break.

Allen: "Yeah, we were. It was the whole timing of the injury, right? When we were rolling and then, things started to not go where we wanted to go toward the end of the season. So this year, coming out, I think we're all full-steam ahead."

What’s the vibe been with the guys?

Allen: "We have our own little group chat. We share memes, check in on each other every now and then. We're all [ready] to play again."

I'm sure the pictures from Kevin Love and Cedi Osman's weddings made it in there.

Here’s something I always wanted to ask you – how did you get so invested in anime? Those likes pop up on the Twitter feed quite a bit!

Allen: "(Laughs) I just think it's a fun thing to do. People have things that they like, have different types of hobbies, different things. That's just who I am. It's the things I like to do, things I don't mind sharing that I like."

Have you ever gotten fan art before?

Allen: "Some. Normally, me as Afro Samurai (laughs). But other than that, nothing too crazy." 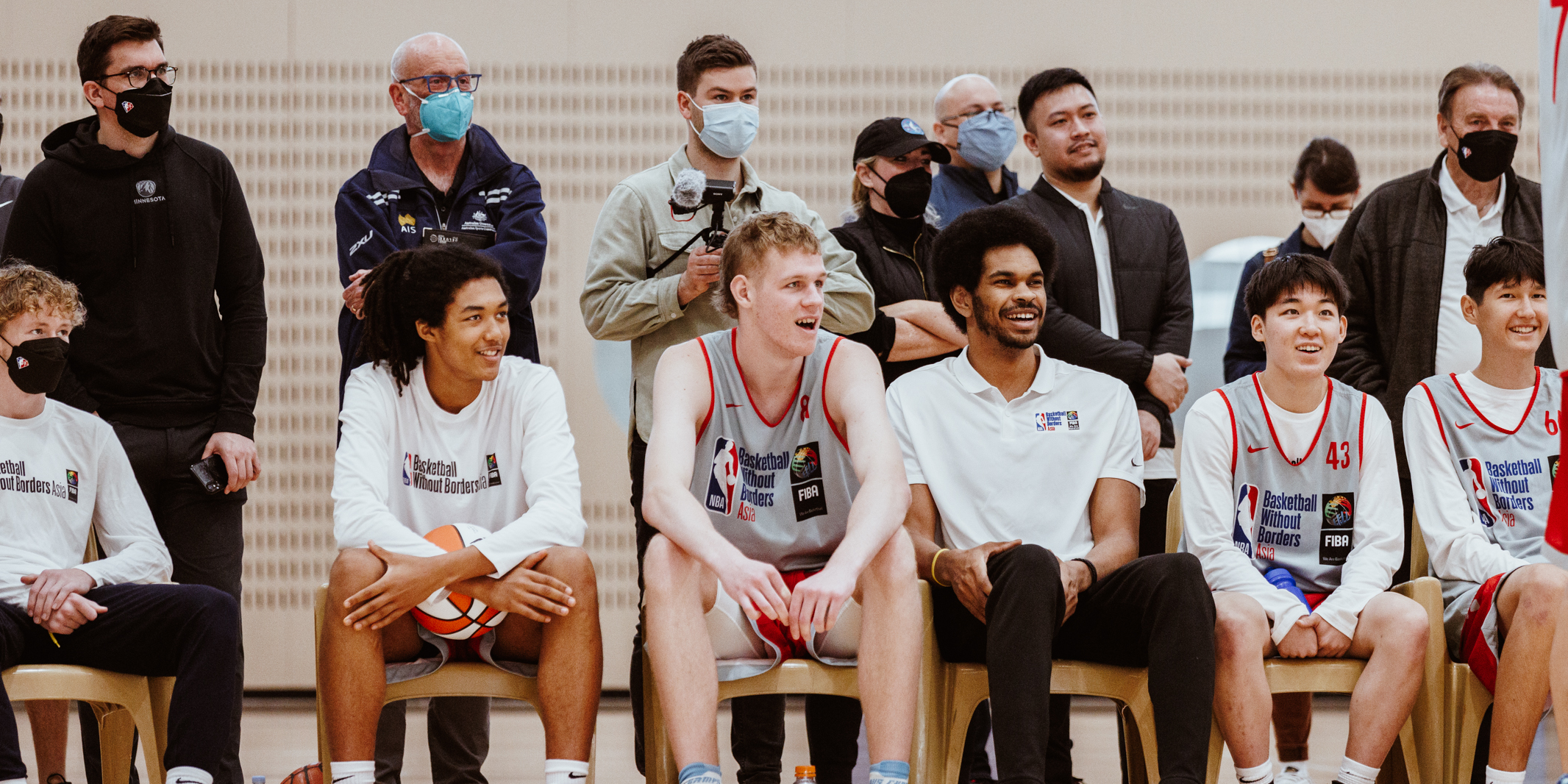 Background on Basketball Without Borders