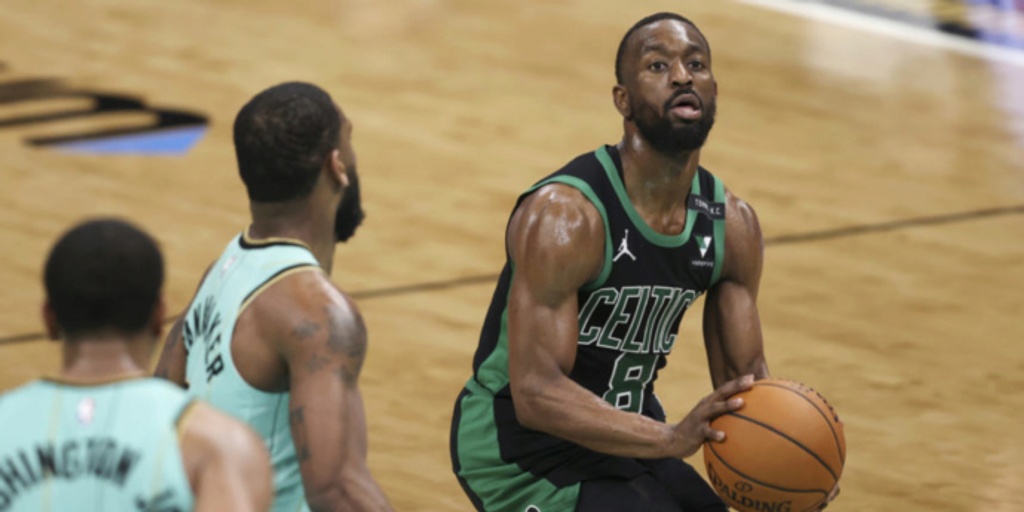 After all of two weeks in his new role as President of Basketball Operations, Stevens has made the first trade of the 2021 NBA offseason -- and it's a big one. According to Adrian Wojnarowski of ESPN, Boston is sending Kemba Walker and their No. 16 overall pick in this year's draft, as well as a 2025 second-rounder, to the Oklahoma City Thunder in exchange for Al Horford, Moses Brown and a 2023 second round pick.

It's an immediate departure from Walker for the Celtics after two up-and-down years led to trade rumors and speculation once the team left the NBA playoffs. They get back a familiar face in Horford, who was part of two Eastern Conference Finals with the Celtics in 2017 and 2018. But questions linger.

Horford may have been a steadying presence during his first go-round in Boston, but he undoubtedly struggled in his first season post-Celtics with Philadelphia. Then last year in OKC, the big man seemed to find solid ground.

But at age-35, Horford's best days are behind him. Plus, the Celtics already have an exciting young center in Robert Williams III. How will these two shake out their roles, and how will it affect the looming rookie extension talks for Williams? And don't forget about Moses Brown, who was really putting things together as a 21-year-old towards the end of his second season. Brown could be a rotation-caliber Celtic with additional development.

The ensuing positional battles will intrigue. Starting point guard is wide open, with Marcus Smart appearing poised to get the nod, while Horford, Williams, Tristan Thompson and Brown battle for big man minutes.

As Wojnarowski explained, "Boston gets financial flexibility moving off the $73M owed Walker with the return of Horford." That was ultimately the biggest draw with any trade involving Walker, and why the team had to include a first round pick to get there. Walker is halfway through a 4-year, $140 million contract. Horford has about $53.5 million left on his four-year deal, though only $14.5 million is currently guaranteed for 2022-23, per HoopsHype.

On the Thunder side, this is another classic Sam Presti move that is typical of the past two years. OKC nabs Walker, who is still a great player, and also picks up yet another pick for a much-hyped 2021 draft class. OKC now has its own lottery pick, the Celtics' No. 16 selection, and either No. 18 overall via Miami or No. 5 overall from the Rockets (depending on lottery results). That's another treasure chest for the rapid rebuild.

With Walker, the Thunder have a great basketball player who could help run the show in Oklahoma City, or a trade asset for potential contending teams. It's obviously early, so we'll wait to see what happens with Walker there.

This is a layered move for both franchises, but it emphasizes a commitment to two directions. For Boston, this is about surrounding Jayson Tatum and Jaylen Brown with veterans in useful roles while preserving space to make additional moves in the future. The Thunder maintain their all-in approach to rebuilding around Shai Gilgeous-Alexander, and will load up in the 2021 NBA Draft.

Even with Game 7's looming in the playoffs, the offseason never takes a day off.