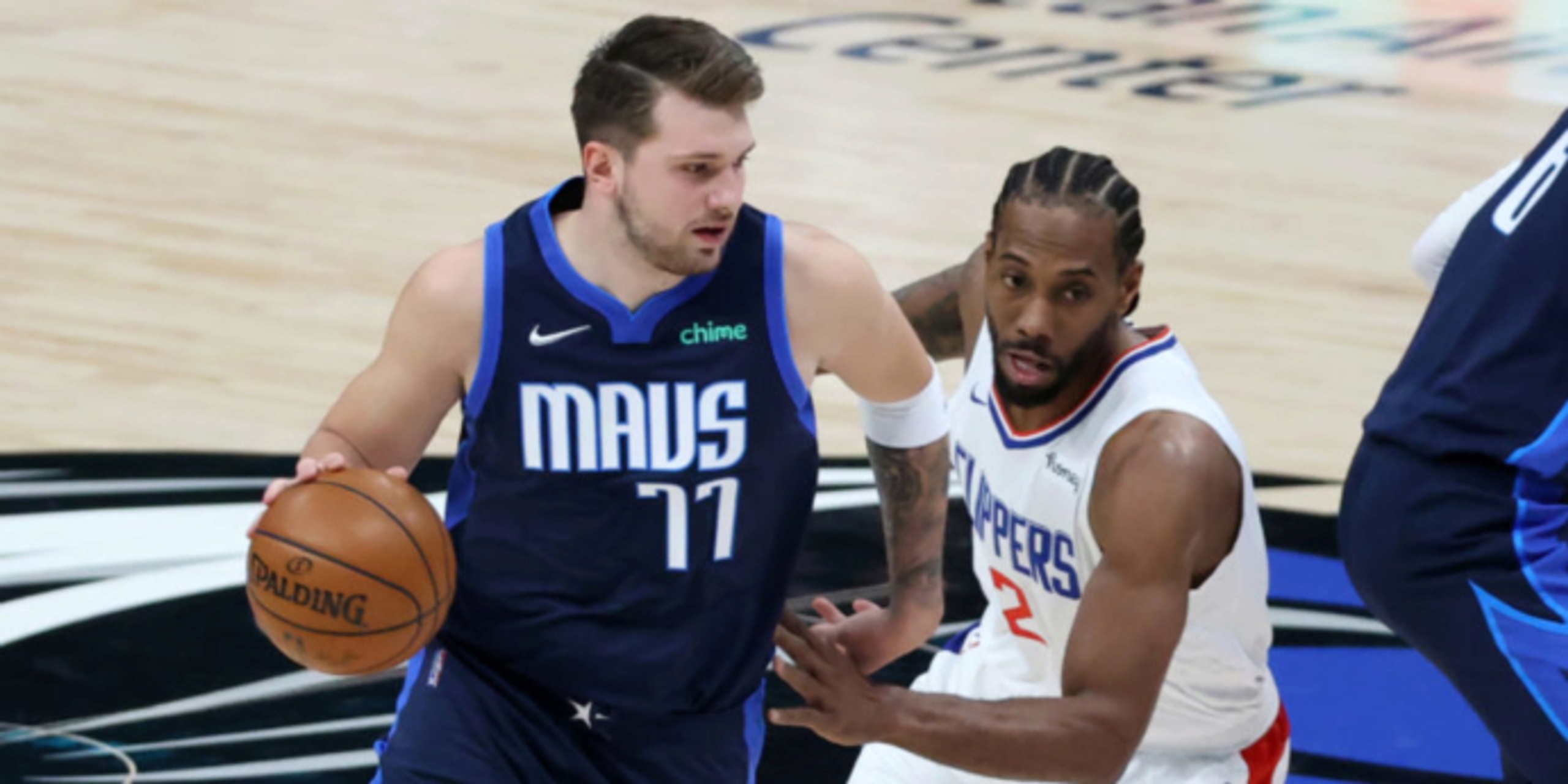 Pressure points: Battles that will decide the first round of the NBA Playoffs

Playoff basketball is finally here! With things kicking off on Saturday, I decided to highlight an X-factor for each first-round series. Let's dig in, shall we?

The Wizards are going to have to outscore the Sixers.

That's an incredibly "duh" thing to say -- the team that scores the most points generally wins, or so I'm told -- but it's meant as a general philosophy. The Wizards simply don't have the defensive personnel to truly match and muck it up with the Sixers.

Creative cross-matching (Russell Westbrook on Ben Simmons, anyone?) could open pockets elsewhere; sizing up from the bench (#FreeBonga) could hurt them in other areas.

It's going to take a strong transition attack, off turnovers or off misses, to create some easy opportunities. In the half-court, the Wizards are going to get into the gaps of Philadelphia's drop defense. That's going to require Westbrook, in particular, to capitalize on looks like this.

That's what Westbrook will likely see a ton of -- Simmons getting the assignment with Joel Embiid lurking behind him. Simmons, or whoever defends Westbrook, will duck under picks and dare Westbrook to shoot.

Westbrook shot 3-of-10 on dribble jumpers out of the pick-and-roll against the Sixers this season, per Synergy. On the season, Westbrook converted just 34.2% of those looks on 196 attempts.

Neither mark will cut it. Being able to loosen things with elbow jumpers is the first step to opening up drives, which could force rotations, which could then lead to open shots elsewhere.

The Nets, assuming they're healthy, will have three elite scores on the floor in Kyrie Irving, James Harden and Kevin Durant. The Celtics will be comfortable to match up with two of those guys, thanks to the defensive aptitude of Marcus Smart and Jayson Tatum.

But with no Jaylen Brown, the Celtics are short on options to match up with on defense. Because of that, the question of where to place Kemba Walker defensively becomes even more pressing.

Placing Walker on Irving could be an issue. Trying to defend him in space is an issue; doing so while navigating a high screen adds to the difficulty level. Doing so while also dealing with Irving's downhill craft -- he'll put you on his hip, and doesn't mind using the rim as a shield if necessary -- makes the task borderline impossible.

Maybe the answer is stashing Walker on Joe Harris, though I'd be worried on two accounts. One, Harris can simply shoot over the top of Walker. Tracking tightly over screens won't matter as much if you aren't affecting the shot regardless.

There's also the mismatch hunting aspect of it. You can't truly hide Walker when Harden is on the floor. He can simply call Walker into the action with guard-guard screens and either force a switch, or force Walker to show and recover. You, uh, don't really want to do that against Harden.

That is not a glitch in your phone, laptop, desktop, iPad, Windows thingy or whatever device you're reading this article on. Lopez does not move, at all. That puts strain on Khris Middleton to stay attached to Duncan Robinson, fight over the handoff and contest the shot without fouling.

He does so, but that's freakin' hard, man.

For all the changes the Bucks have made this season -- they have switched much more than they did last season -- not a ton has changed in regards to Lopez. There have been instances of Lopez playing higher in ball-screen actions -- peep the Nets-Bucks regular-season series -- but they largely want to keep him near the rim if possible.

For the Heat, beating the Bucks will start with capitalizing on the shots afforded to them by virtue of that drop scheme.

Here are Julius Randle's stat lines against the Atlanta Hawks this season.

That's essentially 37-12-7 with a 73.2 True Shooting percentage. There was, and is, no good answer for Randle.

Very rarely was Randle not able to comfortably get to a shot, which is likely the biggest indictment against everyone involved. John Collins couldn't deal with the blend of strength and ball skills. Clint Capela fared a little better, but had some questionable reps in space.

De'Andre Hunter and Solomon Hill are better equipped to deal with Randle on the perimeter, but I fear their lack of size compared to his will allow Julius to shoot over the top. It'll take a mix of everyone to keep Randle out of rhythm.

Rudy Gobert is in a drop, but with Kevon Looney setting the ball screen near the logo, that "drop" pulls him to the three-point line. He mirrors Stephen Curry reasonably well. Three dribbles from Curry, three slides from Gobert with his arms outstretched to close off a little bit of air space.

Then, the fourth dribble comes -- between-the-legs, retreat. Gobert is caught off-guard, and that's all Curry needs to generate a good look.

Gobert is not helpless in space. To stick to the theme of this particular possession, he's flat-out good with three slides against the most dangerous pick-and-roll threat on the planet. The fourth slide is where the crack comes.

Gobert being able to hold his own with three slides -- more importantly, Curry's defender being able to recover during those slides -- is where the upset potential will either live or die in this series.

As the Grizzlies' best perimeter player, Ja Morant will drive -- figuratively and literally -- any chance for an upset in this series. The question to be asked is a simple one: Can Morant make the Jazz pay for giving him space?

He's shown more comfort pulling up, especially when defenders essentially disrespect him. The numbers are encouraging -- 42% on pull-up twos, 37% on 57 pull-up threes per Synergy. Is that enough to shift a playoff game plan?

Absolutely not. And as we saw during the Warriors-Grizzlies play-in game, that isn't likely to change soon.

(2) SUNS VS. (7) LAKERS: CHRIS PAUL AGAINST THE LAKERS' PICK-AND-ROLL DEFENSE

On paper, this does not seem to be a great series for Chris Paul. He's at his best when he's able to manipulate defenders in drop coverage. He can snake to the elbow for jumpers, or force rotations and make whatever pass needs to be made.

The Lakers do not offer any easy pathways to success, at least not in the starting unit. Take this possession for example.

Alex Caruso hounds at the point of attack. Andre Drummond, for whatever warts you want to point out, is an incredibly large human that the Lakers deploy closer to the level of the screen. Smart defenders lurk on the backline.

Caruso stays attached to Paul during their patented hand-back that flows into a pick-and-roll. Drummond is there to cut off space; Wes Matthews is at the nail ready to tag Deandre Ayton on the roll. Kentavious Caldwell-Pope rotates down, baiting Paul into the corner skip, then picks off the pass.

That's not to say that Paul can't still win possessions. He sprinkled in pull-up jumpers over Caruso and Anthony freakin' Davis in the same quarter. There will be room for him to get busy when facing hybrid second units; I would be wary of Montrezl Harrell minutes if I'm the Lakers.

But between the point-of-attack gauntlet the Lakers have the offer, the off-ball helpers they have and the size they can throw out there, Paul will have his work cut out for him over the course of this series.

I struggle to see how either team defends the other effectively. There's too much star power. If I'm to narrow it down, I'm really intrigued by Denver's side of things. Can they get enough of these reps?

A pair of flares for CJ McCollum and Norman Powell sets up a high-ball screen between Damian Lillard and Jusuf Nurkic. Nikola Jokic comes up to the level, but peep the action behind him.

Aaron Gordon stars in this possession. He drops down to provide relief on the Powell flare. He then hangs at the nail in preparation for the Nurkic roll. From there, Gordon slides up to contain the drive from Robert Covington, capping the rep with a solid contest without fouling.

This is a win all around for the Nuggets. The fruit is the forced miss and defensive rebound. It all starts with getting the ball out of Lillard's hands.

There will be a ton of strain on the Nuggets' backline. I'm eyeing Michael Porter Jr. in particular. For all the growth he's made on that end, this is the time to prove that he can rotate on time and provide value as a helper.

(4) CLIPPERS VS. (5) MAVERICKS: BATTLE OF THE SWITCHES

Very quietly, the Mavericks have proven they can defend the Clippers relatively well. They want to switch 1-through-4 -- doing so with either Kristaps Porzingis or Willie Cauley-Stein has led to some, um, mixed results -- in order to keep things in front.

The key for those 1-through-4 switches is making sure there's a dose of physicality in it.

As I often yell on my timeline, the best way to beat a switch is with a slip. Paul George attempts to do just that as he ghosts the screen for Kawhi Leonard, but peep the job from Maxi Kleber. He bodies up George on the slip, eliminating the window for a quick pass. The possession eventually ends with a Lou Williams drive and turnover.

The Clippers' case is straightforward: keep their smalls out of harm's way against Luka Doncic, and they should be able to live with the results. The Clippers routinely deployed Leonard and George on Doncic and Porzingis in order to switch their two-man dance. If either of those players is able to win that star battle -- Doncic with stepbacks, Porzingis with post-ups -- you'll have to tip your cap at that point.