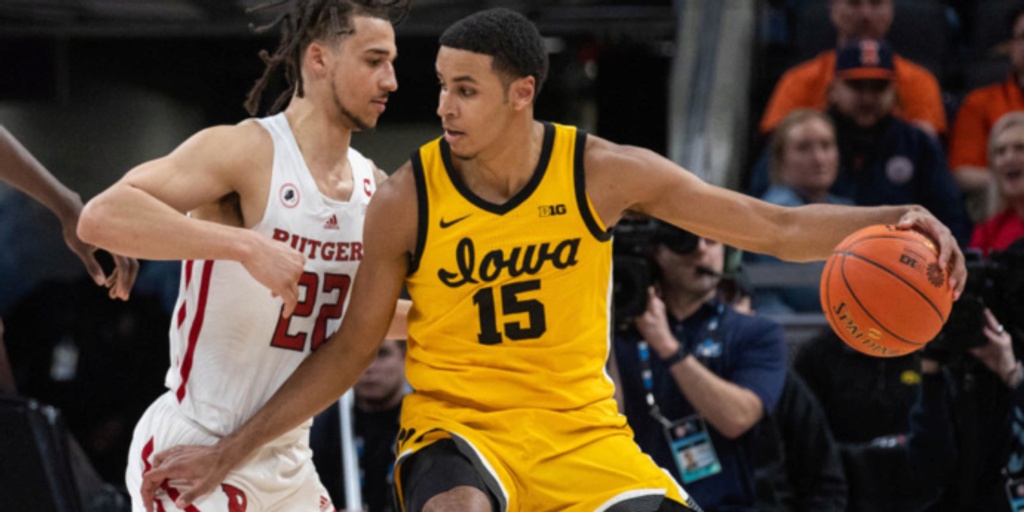 Iowa sophomore Keegan Murray, who was one of the most dominant players in college basketball this season, has officially declared for the 2022 NBA Draft.

Murray is currently ranked No. 5 on BasketballNews.com's 2022 NBA Draft Big Board. Our Sr. NBA Draft Analyst Matt Babcock was very impressed with Murray's development this season.

"I'm not sure any returning player had a more productive season than Keegan Murray," Babcock said. "I started the year expecting him to become a first-round pick in the 2022 NBA Draft, but he continued to impress month after month and moved up everyone's draft boards, including ours.

"I'm happy to see a player like Murray, who plays hard and seems to be about all of the right things, find success. His ability to produce at such a high level without dominating the ball should prove to make him a hot commodity among NBA teams. At the lowest, I expect him to be selected in the mid-lottery come June."

At 6-foot-8 with a 6-foot-11 wingspan, Murray has a high motor and does a lot of the little things that contribute to winning. He's a terrific defender, and after shooting an inefficient 29.6% from deep as a freshman, he improved his three-point percentage to 39.8% this season.

Murray believes his game will translate well to the NBA because of his versatility.

"Before I came to Iowa I always played on the wing," Murray told ESPN. "This was the first time I played the 4 and 5. We were small in the Big Ten. I'll do whatever is needed to win because of my skill set. This year I needed to play the 5. I feel like in the NBA, I can play 2 to 5. I can adapt to any position I'm put in. I'm looking forward to showing NBA teams my versatility on both ends of the court. I'm a lot more athletic than people realize. I'm as competitive a player as you're going to get."

While most mock drafts have him being selected very high, Murray insists that he doesn't care about that.

"I'm not worried about what spot I get drafted," Murray said. "I want to be in the best situation possible and play for a team that values my game and understands what I can excel at."