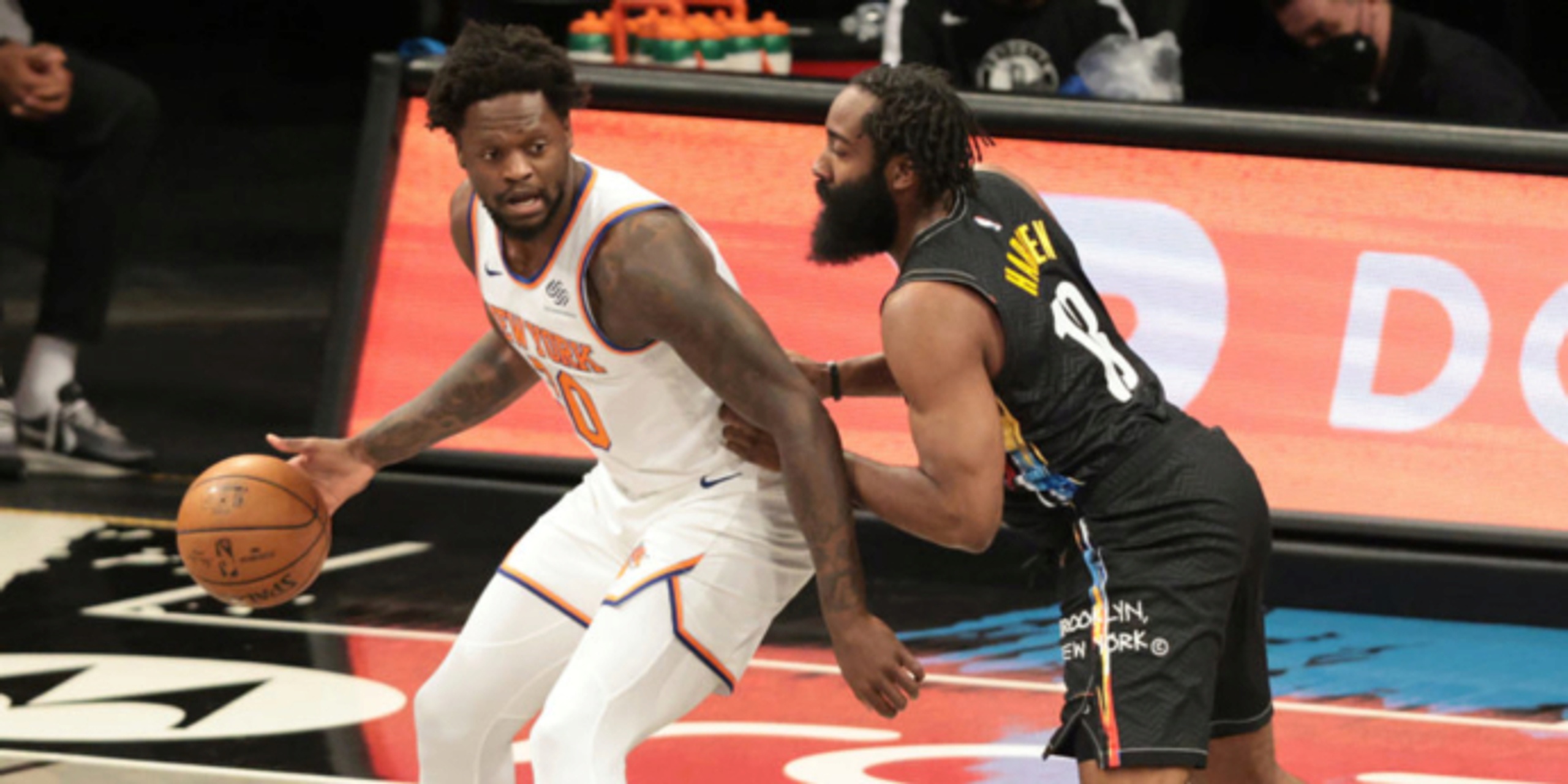 The legalized U.S. sports gambling industry claimed another Benjamin early Saturday morning, unless it didn’t. DraftKings Sportsbook has posted odds on the Most Valuable Player race for the 2021-22 season, and this columnist placed three bets at a rest stop on the Garden State Parkway because gambling is not yet up and running in New York.

The largest was $50 on James Harden of the Brooklyn Nets at odds of +2500, and here is why: When the bearded one was on the court and healthy for the Nets prior to his offseason excursion to France, he made Brooklyn the smoothest running team in the entire NBA. Why can’t he do that again next season once he has recovered from a Grade 2 hamstring strain that hampered him in the seven-game series against the Milwaukee Bucks?

DraftKings has a total of 66 players listed on their table of MVP odds, ranging from Luka Doncic with the shortest odds at +400 to eight players at 5000-1: D’Angelo Russell, Victor Oladipo, Jerami Grant, Draymond Green, Dejounte Murray, Tyrese Haliburton, Aaron Gordon and Norman Powell.

You could make a case for all or none of them, and let’s face it: None would be on the board if the sportsbook believed they wouldn’t draw action.

But the object here is to have a crystal ball that is not too hazy, which is why Harden drew half of that aforementioned Benjamin on a sultry, sunny Saturday.

Another $25 went on Karl-Anthony Towns of the Minnesota Timberwolves at +9000, just in case Towns’ time in the Twin Cities is up. He could be the best center in the NBA (apologies to Nikola Jokic) if he landed on a team that has a chance of winning its conference. With the Wolves changing ownership groups, the new folks (that would include you, A-Rod) are going to have to decide whether to blow this thing up again. Minnesota has not won a playoff series since 2003-04 and has missed the postseason in 16 of the past 17 seasons.

Perhaps the New York Knicks could offer a package of prospects and first-round picks to bring Towns back closer to his hometown of Metuchen, N.J.

Of course, the Knicks already have a pretty credible MVP candidate in Julius Randle despite his flameout in the first-round playoff loss to the Atlanta Hawks. And since Randle was on the board at the enticing price of +6500, he got the other $25 wager.

Randle has only one more season remaining on his contract for $19.8 million, and the Knicks would be insane not to guarantee it. That means Randle will be going into the final season of his deal, a time when players historically play their very best in order to earn another contract. Randle won the NBA’s Most Improved Player award, being named on 99 of 100 ballots, and the next step in his progression would be to become a legit MVP candidate.

To do that, he would likely have to improve upon the 24.1 points, 10.2 rebounds and 6.0 assists he averaged last season, but with a better supporting cast around him, it is a distinct possibility. We have not heard much from the Knicks since they went down in five games against the Hawks, but one safe wager is to bet your bottom dollar that Leon Rose and Co. are trying to turn over every stone so that the Knicks can make the leap from fourth-place surprise to legit Eastern-Conference contender.

With a decent array of free agents out there (as detailed by colleague Tommy Beer), and with the Knicks having more cap space than any team this side of San Antonio, the options available to their brain trust will not be all that limited. If they find a willing trade partner and/or entice one of the top-tier free agents to join Randle, R.J. Barrett and whoever else remains, the Knicks competing with the Nets and Bucks for the best record in the East is not out of the realm of possibility.

Again, the name of the game here is to try to peer into the future and make an educated guess as to which players might be capable of winning MVP purely on talent alone, and then try to figure out whether their current team has the means to be atop their conference (or close to it) when the 2021-22 regular season comes to an end.

Harden is the most likely, and 25-1 ain’t bad. Randle is the second-most likely, because the Knicks are back on the rise. Towns is the wild card because he certainly isn’t winning this thing in Minnesota.

It’ll be 11 months until we know the results, so this dinero stays locked up for a long time. But one Benjamin is not a ton of money, and the key to having fun in the legalized U.S. sports gambling industry is to keep the wagers affordable. Otherwise, you may end up funding an enormous resort in Las Vegas.