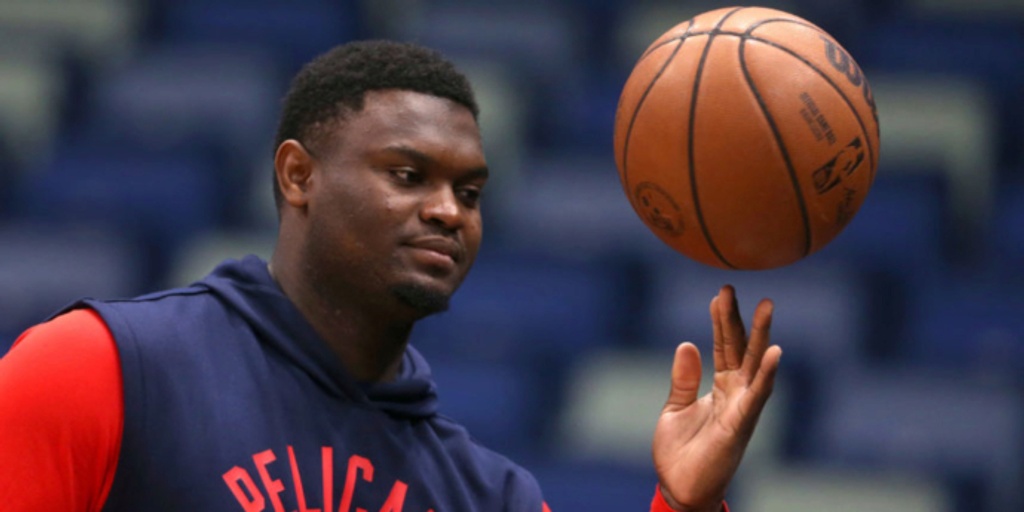 On Thursday afternoon, New Orleans Pelicans star Zion Williamson was able to get in some full-court work. Head coach Willie Green said that Williamson participated in a "controlled scrimmage" with the Pelicans' player development coaches and others. He's also been able to do some three-on-three work.

Zion was able to do some full court work this afternoon. Willie Green called it a “controlled scrimmage” mainly with player development coaches.

Williamson has yet to play this season after offseason surgery on his right foot. The Pelicans have secured a spot in the Play-In Tournament, as they currently sit in the Western Conference's ninth seed. If New Orleans is able to add Williamson for the tournament, that would be a huge boost and their core of Williamson, CJ McCollum, Brandon Ingram, Herb Jones and Jonas Valanciunas would be a tough out.

On Tuesday, Williamson's stepfather, Lee Anderson, appeared on "The Jordy Culotta Show," and suggested that Zion could return this season.

"Do I expect him to play? Certainly I do. That's on me, though. That's purely me. I don't think there's anything else that would hinder him from doing that right now."

Over the course of his three-year NBA career, Williamson has appeared in just 85 games. When he’s been healthy, he has been dominant, averaging 25.7 points, 7.0 rebounds, 3.2 assists, 0.9 steals and 0.6 blocks while shooting 61.1% from the field.