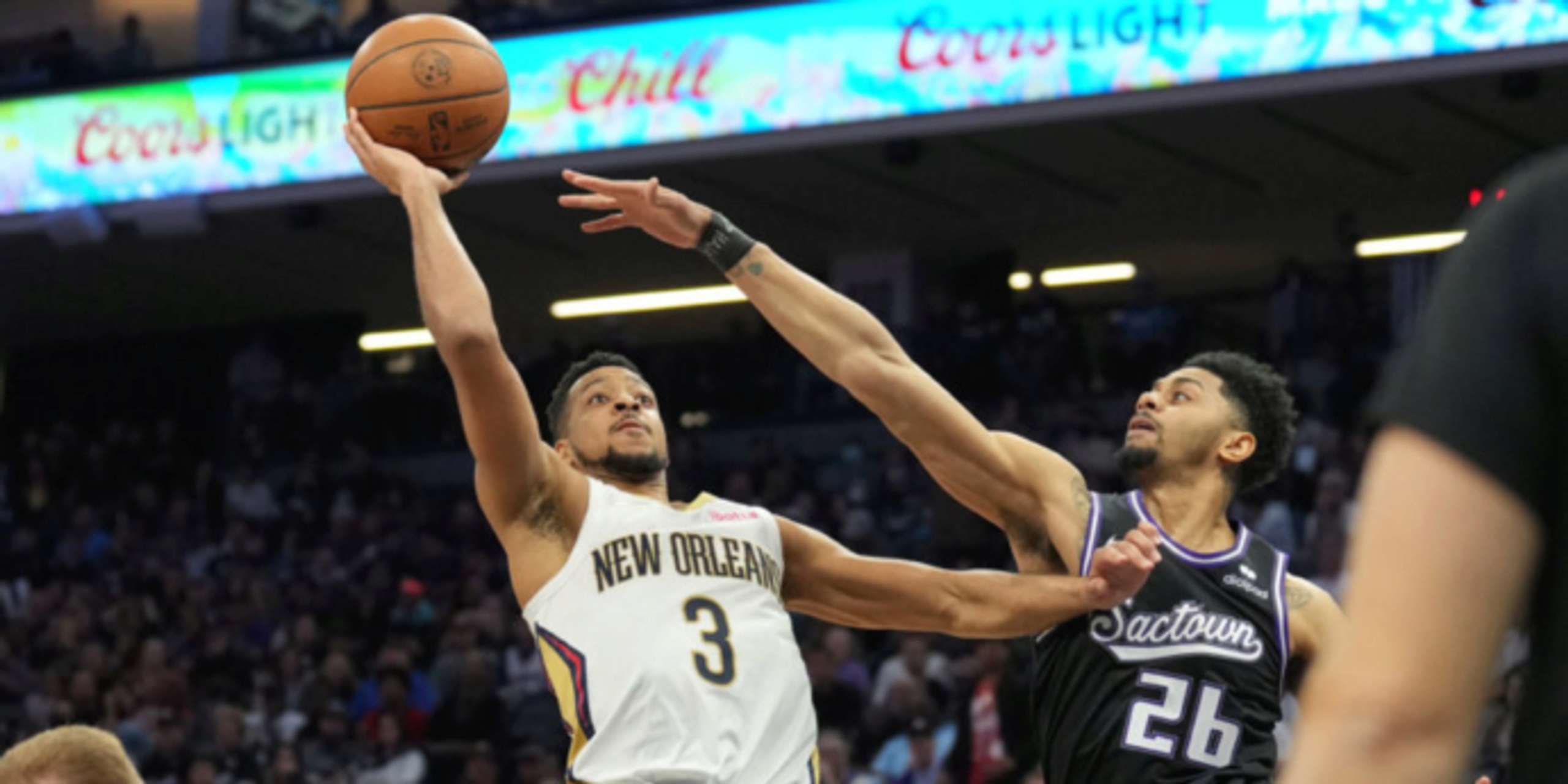 CJ McCollum and Jaxson Hayes each scored 23 points and the New Orleans Pelicans clinched a spot in the Western Conference play-in tournament, beating the Sacramento Kings 123-109 on Tuesday night.

Damian Jones had 22 points for Sacramento. The Kings, who were eliminated from playoff contention on Sunday for an NBA-record 16th consecutive season, trailed by three at halftime but couldn’t keep up when the Pelicans went on a shooting streak in the second half.

New Orleans led by three at halftime, then pulled away with seven 3s in the third quarter – one by five different players and two from Trey Murphy III.

Sacramento got within 105-99 in the fourth quarter before McCollum scored down low and Ingram followed with two free throws.

That helped the Pelicans inch closer to returning to the playoffs for the first time since 2017-18, when they were coached by Alvin Gentry – currently the Kings interim coach. New Orleans has stayed in the hunt this season despite being without star forward Zion Williamson, who hasn’t played since fracturing his right foot and undergoing surgery in the offseason.

The Pelicans were also missing Jonas Valanciunas (right ankle soreness) against the Kings but it hardly mattered. New Orleans held a 44-36 rebounding advantage and outscored Sacramento in the paint 58-44.

Pelicans: New Orleans shot 9 of 15 on 3s in the second half.

Pelicans: Travel to face the Trail Blazers on Thursday. New Orleans has won both games against Portland this season.

Kings: Play the Clippers in Los Angeles on Saturday.