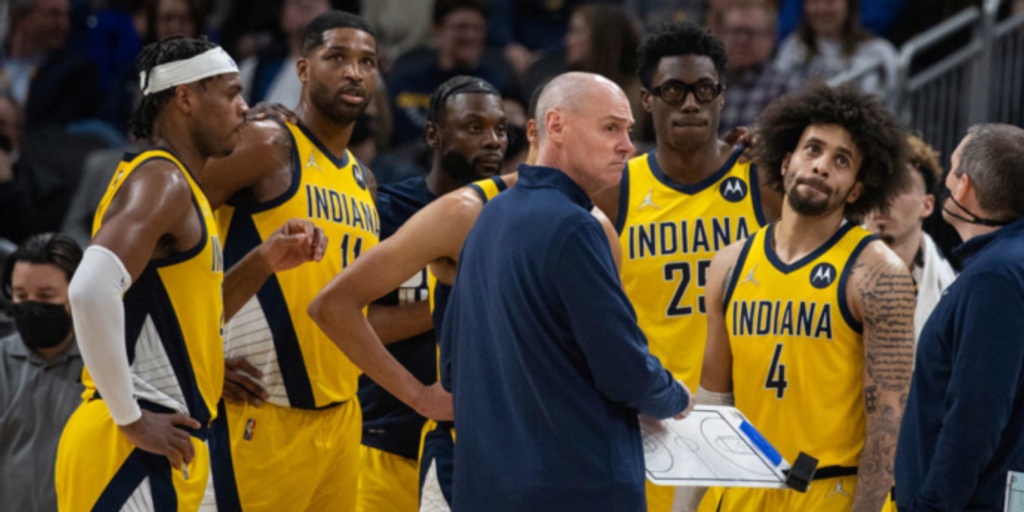 When Rick Carlisle was hired as head coach of the Indiana Pacers, the hope was that he could take the team to the next level. With veterans such as Domantas Sabonis, Myles Turner, Malcolm Brogdon and Caris LeVert, Indiana hoped to "become relevant in the East again," as Carlisle put it on media day.

This season didn't go as planned, as the Pacers are currently 25-55, which is the third-worst record in the Eastern Conference. Indiana has the NBA's 18th-ranked offense (109.1 points per 100 possessions) and 28th-ranked defense (113.5 points per 100 possessions). The team became sellers prior to the trade deadline, dealing away Sabonis, LeVert, Aaron Holiday and Jeremy Lamb.

Now, the Pacers' goals have changed. They are rebuilding around their young core, which features Tyrese Haliburton, Chris Duarte, Isaiah Jackson, Goga Bitadze and Oshae Brissett among others. Even though the team is now focused on the future, Carlisle stressed that he isn't going anywhere.

“Let me be absolutely clear: I’m here to coach this team and coach this team for the long-haul," Carlisle said, per Pacers' VP of Basketball Communications Michael Preston. "I’m not afraid of any aspect of a rebuild one bit. Not one single bit.”

He also shot down speculation that he might move to a front-office role.

"I came here to coach… I want to put this to rest once and for all," Carlisle said, per Preston.