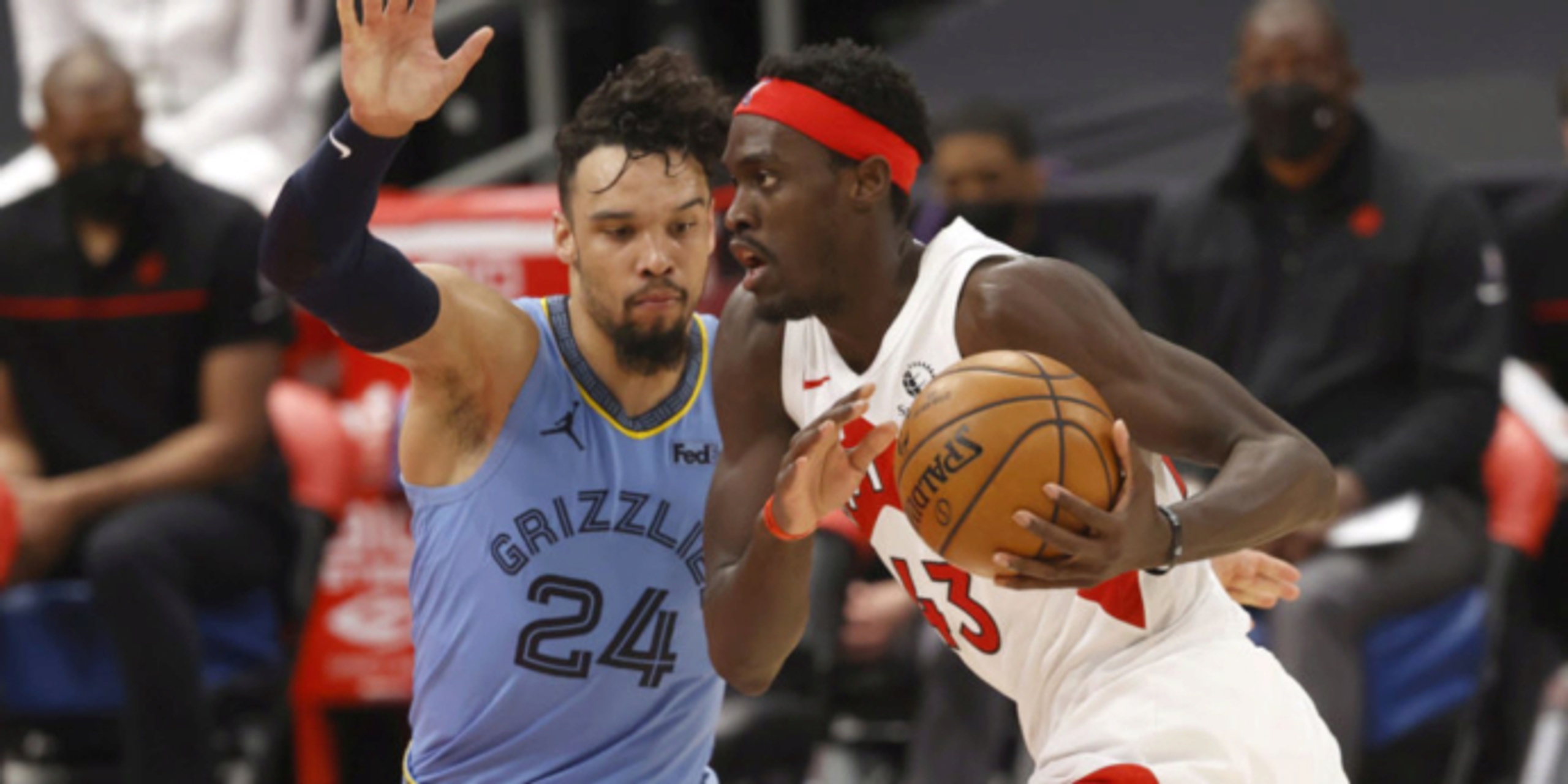 Report: Pascal Siakam seen around the NBA as 'available for trade'

Toronto, for example, could offer a package [for Bradley Beal] centered on the No. 4 selection and Pascal Siakam, who's considered available for trade by sources around the league.

The Raptors have been categorized as one of the most active teams in predraft trade chatter, exploring all avenues from swapping their pick in a deal for an All-Star such as Beal or Damian Lillard to trading back and recouping more draft capital to embrace a post-Kyle Lowry rebuild.

ANALYSIS: Siakam has been with the Raptors since they selected him with the 27th overall pick in the 2015 NBA Draft. The 6-foot-9 forward earned 2018-19 Most Improved Player, helping Toronto win its first NBA championship. This past season, Siakam averaged 21.4 points, 7.2 rebounds and 4.5 assists per game.