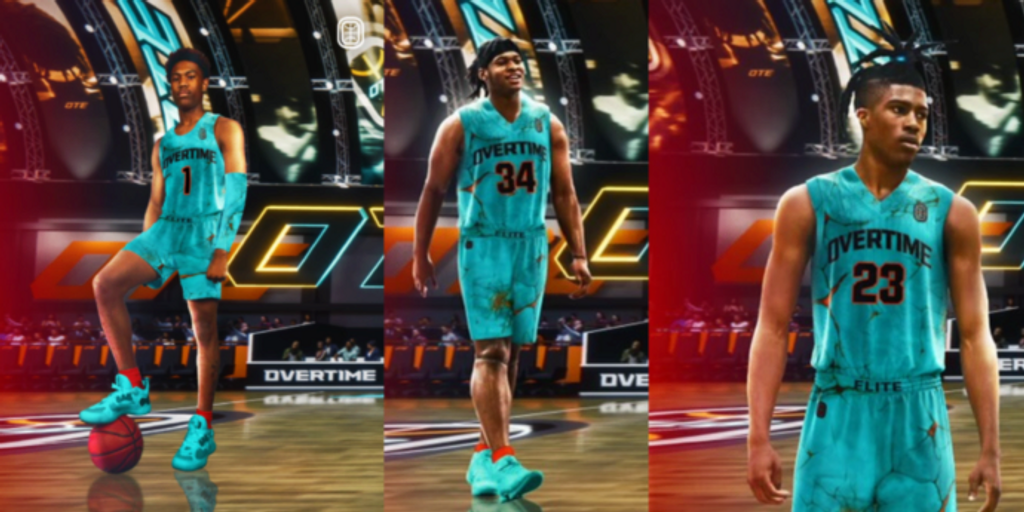 Jahzare Jackson is a 7-0 center originally from San Diego. He’s played at IMG academy the last two seasons and has played for the North Coast Blue Chips with Bronny James on the AAU circuit. Jackson is a load in the paint with the ability to overpower opposing big men and finish with both hands. He’s a prolific rebounder and serves as a formidable defensive presence.

“There is a reason that Jahzare Jackson has captured the imagination of fans all over the world. He packages a combination of elite size, soft hands, and unusually light feet and athleticism,” said Brandon Williams, Head of OTE Basketball Operations. “Joining OTE is a major step for Jahzare’s long term projection, as he maximizes the expertise of OTE’s elite coaching and high performance staffs, who are committed to bringing out the best in his game.”

Jaylen Martin is a 6-6 small forward from Tallahassee, Florida. The swingman is a strongly-built perimeter player who rebounds well for his position and can guard multiple positions. This past summer, Martin teamed up with Jazian Gortman, another OTE signee, on the AAU circuit with the Nightrydas.

“Jaylen is a dynamic wing that has a packaged creativity, athleticism and a crafty offensive feel ,” said Brandon Williams, Head of OTE Basketball Operations.  “He is embracing the challenge of competing with and against elite peers day in and day out and that’s what we’re about at OTE.“

TJ Clark is a 6-4 shooting guard from Covington, Georgia. He is a catch and shoot specialist that played for Newton High School. He led the team last season averaging 14.2 points per game, 3.2 rebounds, 2.3 assists and 1.8 steals and was named the Newton County Player of the Year.

“Representing Covington, GA and Newton High School, TJ has quietly built an accomplished resume as a standout student-athlete, where his relentlessness and drive have put him in a position to enhance his game in the OTE environment,” said Brandon Williams, Head of OTE Basketball Operations. “He’s joining us with the right kind of chip on his shoulder, focused on continual development and proving he belongs amongst the elite."

OTE has signed international prospects Jean Montero from the Dominican Republic, Izan Almansa from Spain, Alexandre Sarr from France, Nathan Missia-Dio from Belgium, Emmanuel Maldonado from Puerto Rico, Francis Lopez from the Philippines and Tudor Somacescu from Romania. The league expects to make additional player announcements in the coming weeks.