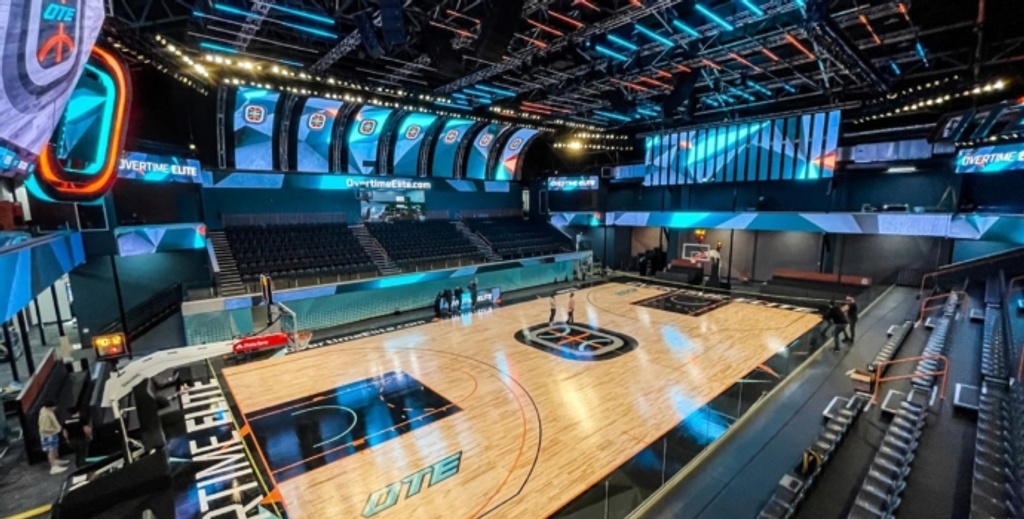 Overtime Elite announced that they have signed sharpshooter Eli Elllis, a 6-foot point guard from Hickory, North Carolina who averaged 21.9 points per game as a standout freshman for Moravian Prep Academy.

Ellis is joining Overtime Elite as a scholarship athlete and isn't accepting a salary, which preserves his NCAA eligibility. Ellis is OTE's ninth scholarship athlete, and the second prospect from the class of 2025 (joining Bryson Tiller).

"Ellis will be competing against some of the top teenage basketball players including Ausar and Amen Thompson, Jazian Gortman, Nassir Cunningham and Alexandre Sarr," reads Overtime Elite's press release. "The games will be viewed by millions across OTE's social media channels and YouTube as the league heads into its second season.

"Ellis brings elite shot making with deep range, defensive intensity and court vision to a talented Overtime Elite roster. This past summer, Ellis scored 51 points in a game playing with Team Loaded using his craftiness to get to the rim."

Overtime Elite is a professional basketball league that features top players ages 17-to-20. There are three teams in the OTE league, and games are played primarily at the OTE Arena in Atlanta.

“Eli plays with a confidence and swagger on the court no matter the opponent,” said Tim Fuller, Overtime Elite's VP of Recruiting and Player Personnel. “His deep range and overall toughness is something that will elevate our league even more over the next couple of years as he continues to get better in our program.”

“Eli’s ability to make shots while also having a willingness to keep his teammates involved in the offense makes him a dangerous point guard,” added Kevin Ollie, OTE's Director of Player Development. “With his confidence on and off the floor, Eli could make an impact in our program right away, and we’ll continue to work with him to help take his game to the next level.”

To learn more about Overtime Elite, check out this behind-the-scenes feature by our Spencer Davies.