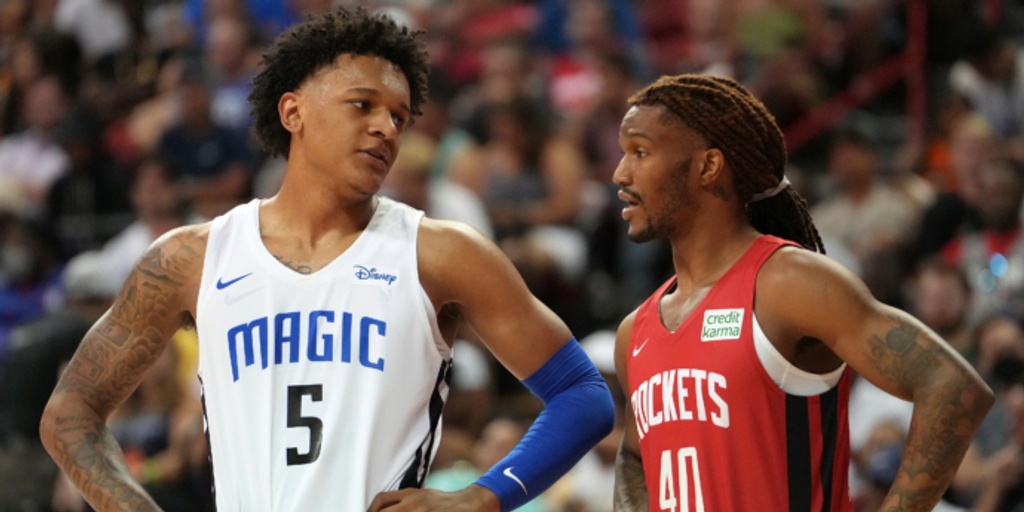 How did Chet Holmgren's injury affect NBA Rookie of the Year odds?

A lot can change in a week.

Seven days ago, Oklahoma City Thunder forward Chet Holmgren had the second-best odds to win the 2022-23 Rookie of the Year award. Now, one week later, Holmgren is out for the season after he suffered a Lisfranc injury to his right foot while playing in The CrawsOver Pro-Am in Seattle.

With the No. 2 overall pick no longer in the Rookie of the Year race, who are the current favorites for the award entering the 2022-23 season? How did the odds change after Holmgren's injury?

On BetOnline, Orlando Magic forward Paolo Banchero still has the best odds at 3/2. Banchero has been the favorite all offseason, and his odds moved from 3/1 to 3/2 following Holmgren's injury.

Sacramento Kings forward Keegan Murray has the second-best odds. While he was previously listed at 9/1, his odds are now 5/1 following Holmgren's injury.

The only other players who saw their odds increase over the last week were Houston Rockets wing Tari Eason (who moved from 66/1 to 33/1), Dallas Mavericks guard Jaden Hardy (who moved 50/1 to 40/1) and Miami Heat forward Nikola Jovic (who moved from 80/1 to 66/1).

Here's a look at the complete Rookie-of-the-Year odds from BetOnline:

While Holmgren's injury is obviously unfortunate, he isn't the first high-profile prospect to miss his entire rookie season with an injury. Here's a look at six other lottery picks who went through the same thing.