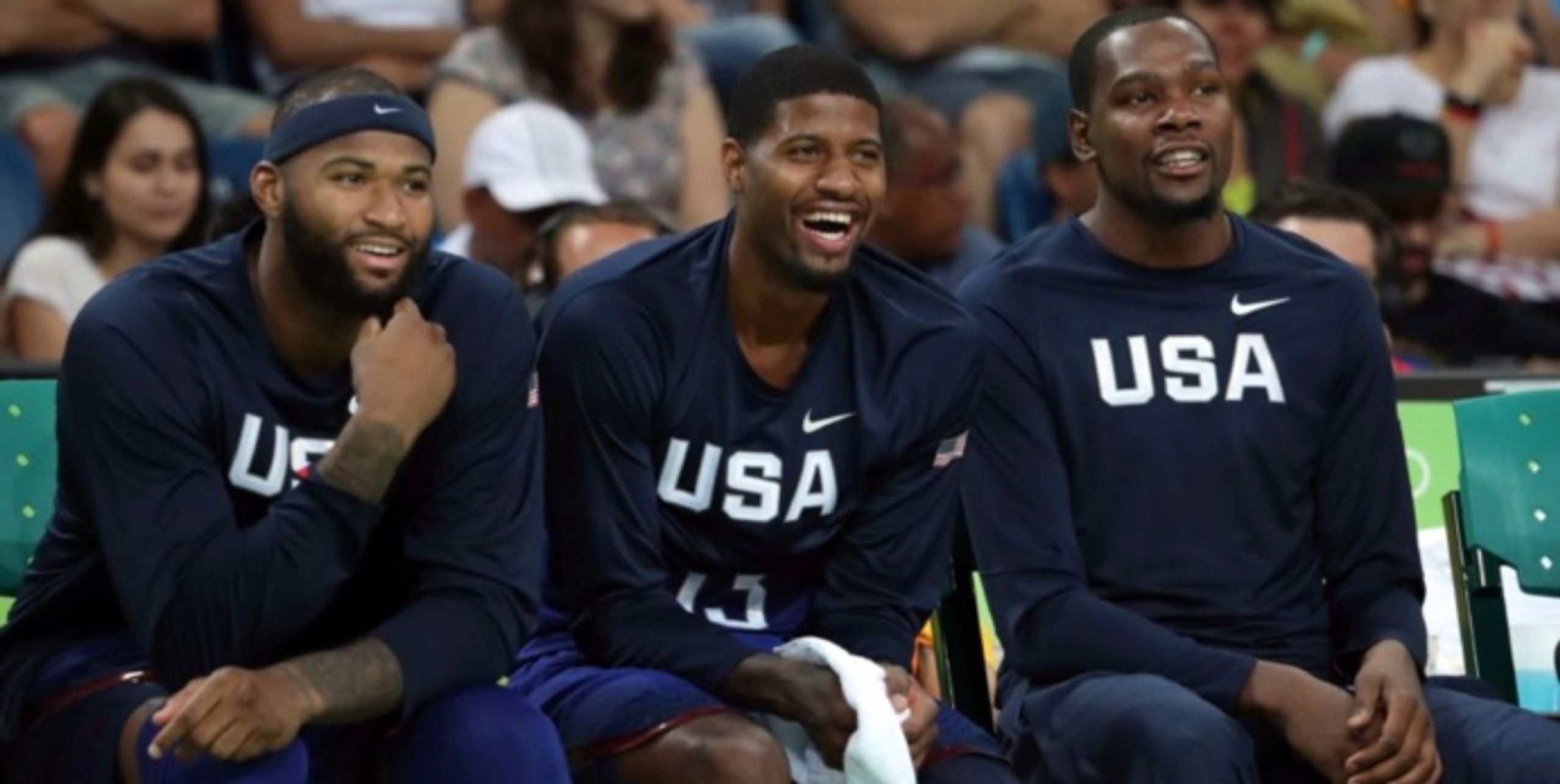 Whoever ends up representing Team USA at the 2021 Olympics will have to contend with Rudy Gobert and Evan Fournier in the opener. Of course, that assumes that the Olympics will actually be held.

France and Iran were drawn into Group A along with the United States on Tuesday as the men’s and women’s Olympic draws were held in Switzerland by FIBA, the governing body for international basketball.

A third opening-round opponent will be determined following the pre-Olympic qualifying tournament, and the Americans will face the winner of a pre-Olympic tournament in Canada featuring six teams: Greece, Canada, China, Uruguay, Turkey and the Czech Republic.

"It's exciting to learn more about the Olympic schedule and who our preliminary round opponents will be in Tokyo," Team USA head coach Gregg Popovich said. "The three Olympic preliminary groups appear well balanced, and there are a good number of teams who have legitimate shots at the gold medal in Tokyo."

Also, the Olympic tournament has been cut from eight games to six, FIBA announced, in an effort to reduce the workload on the athletes over the 16 days of the Olympics.

Team USA managing director Jerry Colangelo recently opened up to BasketballNews.com about the uncertainty surrounding the Games and how it’s forced the program to adjust their plans.

“The reality is, it’s a changing scene every day,” Colangelo said. “It really is. We have no choice but to proceed on the basis that the Olympics will be played, and so basically that’s what we are doing. We are preparing in every way possible until we hear otherwise, officially.”

Colangelo is focused on assembling a 12-man roster that will compete in Tokyo from July 23 to August 8.

The French National team, which won the bronze medal at the 2019 Basketball World Cup, also includes Nicolas Batum of the Los Angeles Clippers, Timothe Luwawu-Cabarrot of the Brooklyn Nets, rookie Killian Hayes of the Detroit Pistons, Frank Ntilikina of the New York Knicks, Vincent Poirier of the Philadelphia 76ers and Sekou Doumbouya of the Detroit Pistons.

The United States also opened against France at the 2012 London Olympics.

This summer, the 12 teams have been split into three groups of four teams apiece for preliminary play, held July 27 through Aug. 3. Following competition of the preliminary round, the top-two finishing teams from each group and the two best third-place teams will qualify for the medal round and will be seeded, according to FIBA's placement rules. In the medal round, teams will compete in a knockout bracket, with winners advancing from the Aug. 3 quarterfinals to the Aug. 5 semifinals. The bronze medal and the gold medal games will be played on Aug. 7.

The final four teams will be determined through FIBA Olympic Qualifying Tournaments that will be held June 29 through July 4 in Canada, Croatia, Lithuania and Serbia. The winners of each tournament will qualify.

The U.S. men have won the gold medal in the last three Olympics.

Team USA will enter the Tokyo Games with an all-time Olympics record of 138-5. Since NBA players began representing the United States in 1992, the U.S. is 53-3 in seven Olympics, capturing six gold medals and one bronze medal.

The women’s version of Team USA, which will be comprised of WNBA players and coached by Dawn Staley, is in a preliminary round group with Nigeria, Japan and France. The women’s roster includes reigning WNBA Most Valuable Player A’ja Wilson along with 38-year-old Diana Taurasi, who signed a two-year max deal with the Phoenix Mercury on Monday.