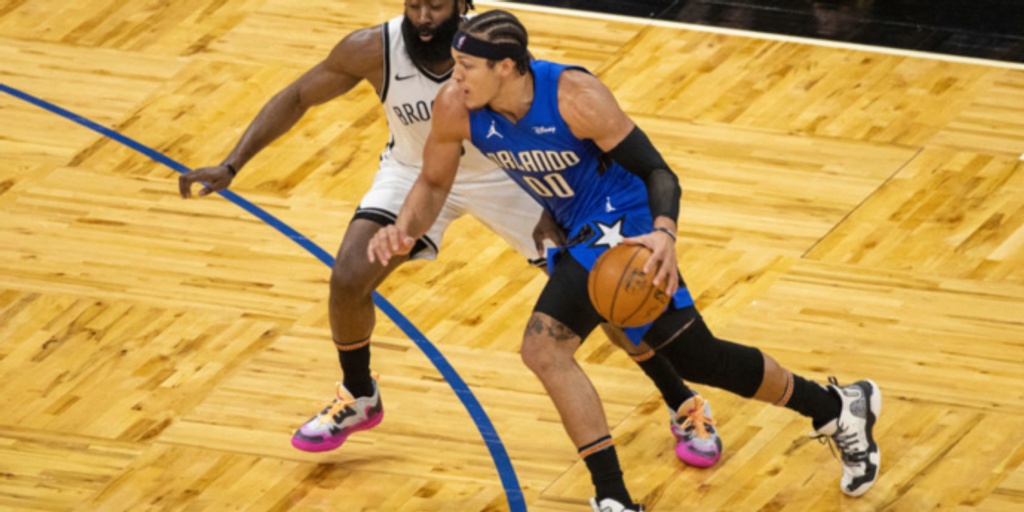 Nuggets are 'leading candidate' to acquire Aaron Gordon from Orlando

The Celtics remain engaged in Aaron Gordon talks, but it’s the Denver Nuggets, according to league sources, who’ve now emerged as the leading candidate to acquire Gordon from Orlando.

ANALYSIS: Jake Fischer went on to say that the package to acquire Gordon from Orlando would be centered around Nuggets shooting guard, Gary Harris. Gordon has been linked to several trade rumors as the deadline approaches, and given the fact that he publicly requested a trade from the Magic, Gordon will likely be moved before tomorrow's 3 PM ET deadline.

Gordon would give the Nuggets a very strong front court as he would presumably start alongside MVP candidate Nikola Jokic. In his seventh season in the league, Gordon is averaging 14.6 points, 6.6 rebounds, and 4.3 assists per game.