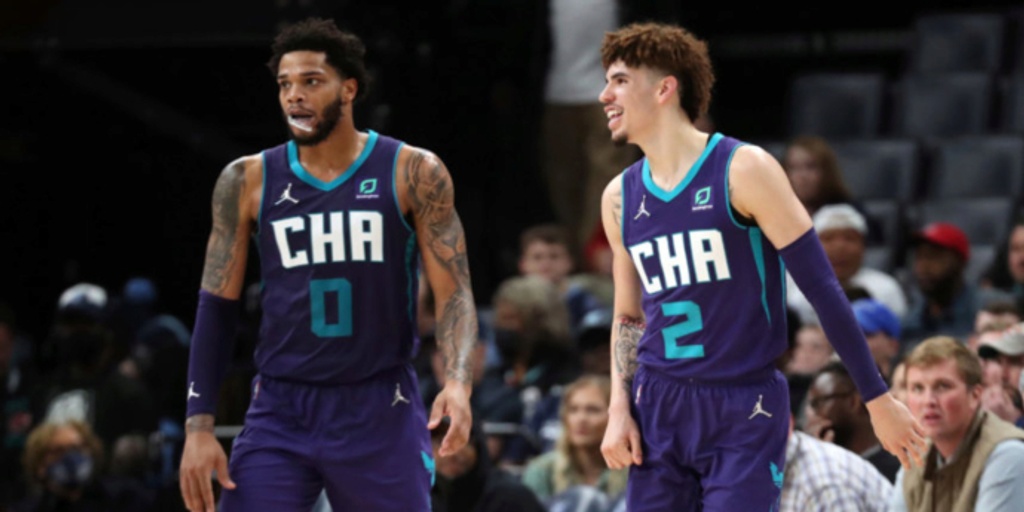 “Nothing But Bets” is officially on a mini hot streak right now, which has boosted our record this season up to 153-118-3 record (56.4%). Will the momentum continue with another strong Saturday slate on tap?

Tonight could be the night when Joel Embiid finally returns to the starting lineup for Philadelphia, but this is a tough matchup against a surging Timberwolves squad. Karl-Anthony Towns and Anthony Edwards have been so fun to watch this season, so tune in if you haven’t had the chance to watch Minnesota yet. This should be a super entertaining matchup, but I’m actually leaning in favor of the underdog here. Give me Minnesota with the points, plus the following simple two-leg power play on PrizePicks: Towns over 20.5 points, Edwards over 20.5 points.

After getting embarrassed last night at home against the Suns, New York is officially in a funk. Will they be able to bounce back against the Hawks in Atlanta? I would say the chances are doubtful, especially when factoring in Trae Young finding a recent groove. Hammer the Hawks to cover the 7-point spread alongside this enticing prop bet on PrizePicks: Young over 23.5 points, R.J. Barrett over 15.5 points, Clint Capela over 13 rebounds, Evan Fournier over 2 threes.

Get your popcorn ready for this thriller in Brooklyn, folks. Superstars galore here, plus a red-hot Suns team going for their 16th-straight win. What’s going to give in this matchup, potentially a 2022 NBA Finals preview? Although the Nets have more true star power, it’s hard to argue with the momentum in Phoenix’s favor at the moment. Give me the underdog Suns to win outright and cover the 1.5-point spread. On PrizePicks, this is a strong power play option: Kevin Durant over 26.5 points, Devin Booker over 23.5 points, James Harden over 21.5 points, Deandre Ayton over 11.5 rebounds, Chris Paul over 9.5 assists.

“Nothing But Bets” listeners know this by now, but I love watching the Hornets play basketball. LaMelo Ball is becoming a full-blown superstar, plus Miles Bridges should be the leader in the clubhouse for Most Improved Player. Charlotte’s defense is at least below-average now and not awful, so that’s a start. The Hornets on the road in Houston could be a trap game, but I love them to cover the spread in this spot. On PrizePicks, let’s lock in this power play: Bridges over 18.5 points, Christian Wood over 16.5 points, Kevin Porter Jr. over 14.5 points, Ball over 7 rebounds.

What a fun slate for this post-Thanksgiving Saturday, and this matchup is going to be a barnburner in the Windy City. Two hot teams squaring off when the Bulls and Heat lock horns. Jimmy Butler is going to be very fired up for this matchup, as he always is against his former team. Miami is a little stagnant right now. Meanwhile, the Bulls are surging after an embarrassing loss in Houston. This was a toss-up call for me, but I’m leaning toward the underdog Bulls to win outright here. On PrizePicks, here’s another fun power play option: Zach LaVine over 23.5 points, Butler over 21.5 points, DeMar DeRozan over 21.5 points, Bam Adebayo over 16.5 points.

Evan Mobley, the No. 3 overall pick from the 2021 NBA Draft, is back in the lineup for Cleveland after missing the last few weeks with an elbow injury. Mobley's return is a massive boost for Cleveland, a team looking to stabilize after their hot start. In this matchup against the inexperienced Magic, I love the Cavaliers to easily cover the relatively large 9.5-point spread. On PrizePicks, here’s what I’m locking in: Darius Garland over 17.5 points, Franz Wagner over 11.5 points, Jarrett Allen over 10.5 rebounds, Jalen Suggs over 3.5 assists.

Be on the lookout very soon from a Kristaps Porzingis feature from yours truly here on BasketballNews.com. Porzingis went in-depth on a multitude of topics, so you’ll want to check that out when it’s officially published. In the meantime, this is another enticing matchup on Saturday’s slate. The Wizards are one of the NBA’s best stories thus far, but so is Porzingis finding a consistent rhythm for the Mavericks. At home, I’m hammering the Mavericks to cover the 6.5-point spread behind huge outings from Luka Doncic and Porzingis. Tail me on this PrizePicks power play: Doncic over 25 points, Bradley Beal over 24 points, Porzingis over 19.5 points, Montrezl Harrell over 7 rebounds.

This is a rematch of a stunner on Friday night that saw the Pelicans upend the Jazz in Salt Lake City. They’re running it back tonight in Utah, and the spread is still pretty much the same, favoring the Jazz by double-digits. I’m going back to my same prediction as well for this one, which projects the Jazz to win and cover the massive spread. Hammer the Jazz at -12.5 with a huge bounce-back game, plus the following over/under props on PrizePicks: Brandon Ingram over 19.5 points, Bojan Bogdanovic over 16.5 points, Devonte’ Graham over 13.5 points, Rudy Gobert over 12.5 rebounds.