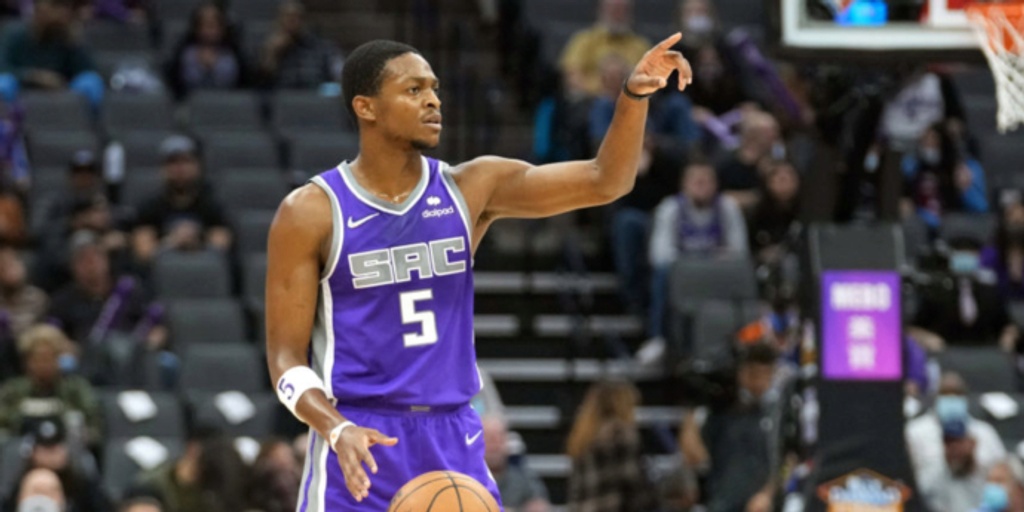 Cleveland continues to hang tough in the Eastern Conference, but I was very surprised when I saw how low the line was for this matchup. Despite the impending returns of Lauri Markkanen and Jarrett Allen, there’s still no Collin Sexton and Evan Mobley for the Cavaliers, so Brooklyn’s offense should run wild here. Expect Kevin Durant and James Harden to plow through the Cavaliers’ defense en route to a comfortable double-digit victory. On PrizePicks, I’m locking in this simple power play prop: Durant over 28.5 points, Harden over 22.5 points, Darius Garland over 18.5 points.

I can’t wait to watch this game tonight. Both teams have high-powered offenses that should be able to effectively find their rhythm. Bradley Beal versus LaMelo Ball will be a fun backcourt battle as well. Washington has proven early on this season that it thrives in closely-contested matchups. For that reason, we’re hammering the Wizards to win outright and cover the 4-point spread. Tail me on this enticing power play via PrizePicks: Beal over 24.5 points, Miles Bridges over 18.5 points, Ball over 7 rebounds, Spencer Dinwiddie over 5.5 assists.

This is a monster spread in favor of Boston, but I'm still easily hammering a prediction in the Celtics' direction. Houston is on pace to finish with one of the worst records in NBA history. I don’t expect the funk in Houston stop anytime soon, as Jayson Tatum should carve up the Rockets’ inexperienced wing defenders. The Celtics are beginning to find their footing as well, even without Jaylen Brown. Boston should easily cover this 11.5-point spread, so we’re picking that and loading up a fun power play on PrizePicks: Tatum over 25 points, Christian Wood over 16.5 points, Jalen Green over 13.5 points, Marcus Smart over 5 assists.

Originally opening as 10.5-point favorites, the line has risen further in favor of the Hawks. A perfect opportunity for a get-right game, Trae Young and Atlanta desperately need a dominant showing versus Oklahoma City. Honestly, I see them getting that, as the Hawks’ depth should overpower the young Thunder. Hammer the Hawks to cover the massive spread as one of our best bets of the night on “Nothing But Bets." Plus, tail us on this PrizePicks power play: Young over 23.5 points, Shai Gilgeous-Alexander over 20.5 points, Clint Capela over 12.5 rebounds.

How is this spread not higher in favor of the Bulls at home? Chicago is so fun to watch right now, completely locked in on both ends of the court. Zach LaVine and DeMar DeRozan are a strong scoring duo, and Lonzo Ball and Alex Caruso are All-Defense candidates. Everything is running smoothly for Chicago, and I don’t see those winning ways ending on Monday against a division rival. Hammer the Bulls at -2, plus the following prop on PrizePicks: LaVine over 25 points, Domantas Sabonis over 15.5 points, Ball over 5.5 rebounds, Malcolm Brogdon over 4.5 assists.

This is another matchup where it’s hard to imagine the Pelicans pulling it off in the Bayou. When exactly is Zion Williamson returning for the Pelicans? Until then, it’s just not smart to bet on New Orleans. Minnesota should be able to outpace the Pelicans in a high-scoring matchup, so I’m locking in Timberwolves -3 and another enticing PrizePicks prop: Karl-Anthony Towns over 21.5 points, Anthony Edwards over 21.5 points, Brandon Ingram over 21.5 points, Jonas Valanciunas over 11.5 rebounds.

This is going to be a blowout. I have no confidence in the Magic keeping this one close at all against Milwaukee. Giannis Antetokounmpo and Khris Middleton are finding their 1-2 magic once again, which spells bad news for the Magic tonight. Although the spread is massive at -13, I’m still going to smash that line with emphasis. The Bucks should roll and cruise to a 15-plus point victory. On PrizePicks, we’re betting on a big scoring night from Milwaukee’s duo: Giannis over 25.5 points, Middleton over 16.5 points, Mo Bamba over 8.5 rebounds, Jalen Suggs over 4 assists.

It feels like we’re getting some real value with the spread only at -5.5 in favor of the Suns. Being winners of 12 straight on the second night of a back-to-back could feel like a trap, but, honestly, it’s not. Devin Booker and Chris Paul sat for the whole fourth quarter Sunday night after crushing Denver in the Footprint Center. A well-rested Suns backcourt is a doomsday scenario for San Antonio. Confidently hammer the Suns to cover the 5.5-point spread, plus this strong power play prop on PrizePicks: Paul over 14.5 points, Dejounte Murray over 7 rebounds, Devin Booker over 4 assists, Doug McDermott over 1.5 threes.

These are two teams going in opposite directions, and the stylistic matchup certainly favors the home team. Utah will be able to get up easy shots all game against the Grizzlies’ porous defense, and the Rudy Gobert effect will loom large on Ja Morant's drive attempts. I have a hard time seeing how the Grizzlies keep this one close, even when they're getting 10.5 points. Once again, we’re locking in another double-digit spread to hit alongside a strong odds prop bet on PrizePicks: Donovan Mitchell over 24.5 points, Morant over 22.5 points, Gobert over 12.5 rebounds.

The Luke Walton era in Sacramento is officially over after back-to-back ugly home losses. Now, are the Kings poised for an interim coach bump tonight against Philadelphia? An odd betting trend is when a coach is let go, the team usually bounces back with a new voice the first game after. Even though Philadelphia is shorthanded, I expect this game to be close throughout. With the Sixers still missing key pieces, we’re locking in the post-Walton Kings to secure the victory in Sacramento. On PrizePicks, tail me on this fun power play structure: De’Aaron Fox over 18.5 points, Seth Curry over 16.5 points, Tyrese Haliburton over 4.5 assists.