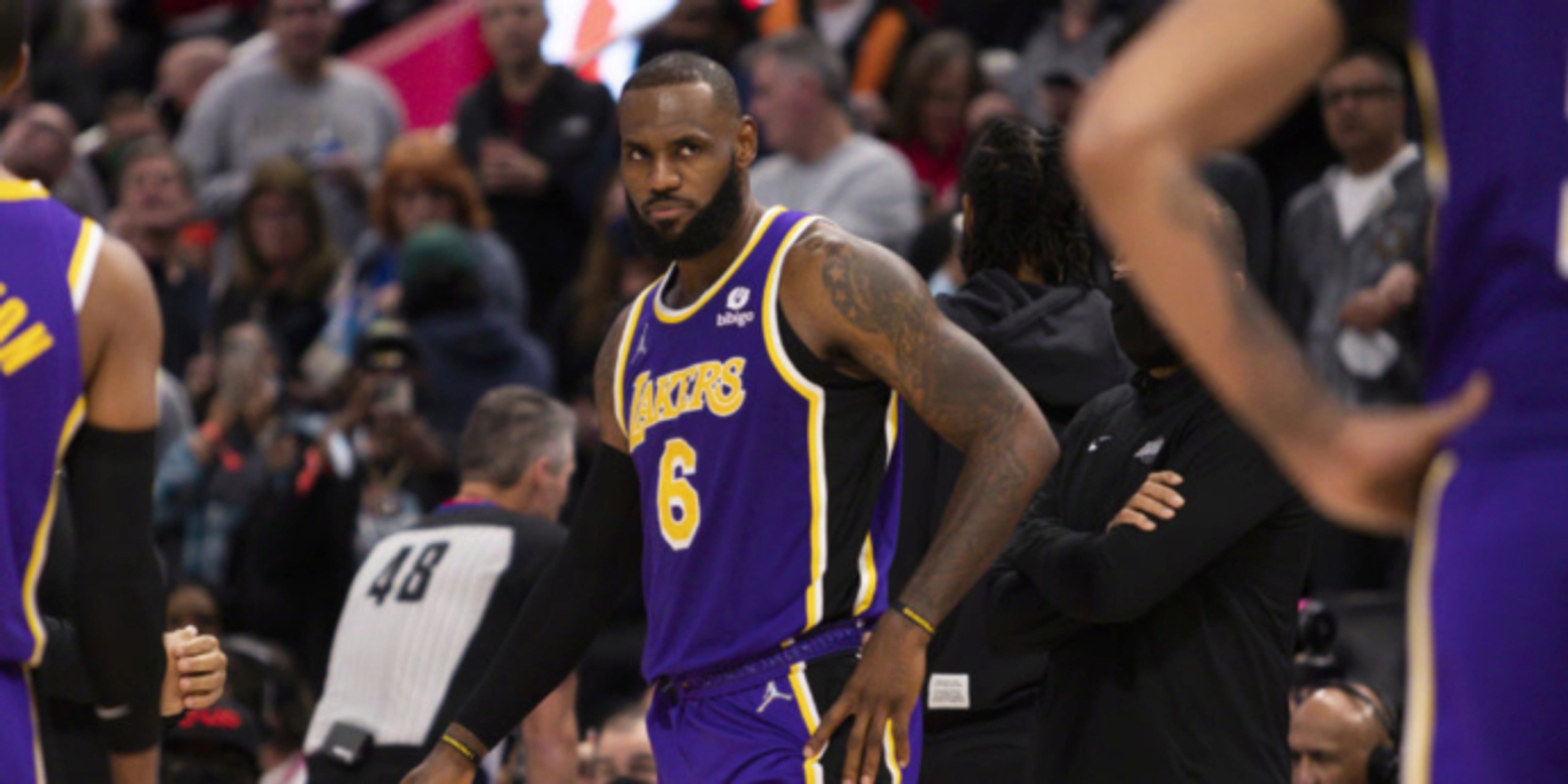 LeBron James of the Los Angeles Lakers has been suspended for one game and Detroit's Isaiah Stewart was suspended two games for their roles in an ugly incident during Sunday's Lakers-Pistons game.

The NBA announced the suspensions Monday, and both will affect games on Tuesday. James will not play when the Lakers visit Madison Square Garden to play the New York Knicks. Stewart will miss the Pistons' home game against Miami on Tuesday and their game Wednesday at Milwaukee.

James will forfeit about $284,000 in salary, while Stewart will lose about $45,000. It is the first suspension in the 19-year career of James, who has won four NBA titles with three teams.

The Lakers and Pistons meet again Sunday in Los Angeles, and James and Stewart will both be eligible to play.

What a surreal scene. Isaiah Stewart not only wanted to take on LeBron James and everyone on the Lakers but he calmly did the “it’s over, I’m done” walk off multiple times before sprinting back to get his revenge. The back door attempt at the end is crazy. pic.twitter.com/5W0wmhtOUZ

The incident happened in the third quarter, starting when James and Stewart were jostling for position during a free throw. Their arms appeared to get intertwined and James swung his elbow, making contact with Stewart, who quickly had blood streaming from above his eye. James, it appeared, attempted to defuse the situation after realizing he'd made contact with Stewart and drawn blood.

It didn't take long for most of the players from both teams — along with the referees, coaches and security personnel — to join the fray and try to keep James and Stewart separated. Within 25 seconds of the contact being made by James, there were at least 25 people on the floor. Referee Phenizee Ransom attached himself to James.

Cooler heads seemed to prevail, for a moment. Stewart was guided away from the spot where the contact occurred by teammates and coaches, though he appeared to become more incensed along the way. He then tried to double back — on multiple occasions — and run toward James. A number of people again blocked his path and made sure the incident didn't get uglier.

Pistons coach Dwane Casey said Stewart needed eight stitches to close the wound, adding that he did not think what Stewart did in reaction to the play merited a suspension.

“His eye got cracked all the way open. He was upset for a reason,” Casey said.

Stewart eventually left the floor, seeming to sprint again as he did so, and there was concern that he would try to head back toward the floor through another entry tunnel. Pistons guard Cory Joseph even headed toward that tunnel, just in case — and with the blessing of referee Scott Foster, the game's crew chief.

“After Isaiah Stewart left the court, Cory was anticipating he may come around the back of (the) house and enter the Laker bench from the opposite side," Foster told a pool reporter after the game. “So, he was going to intercept him. I actually told Cory that would be good."

Stewart was assessed two technical fouls, James was assessed a Flagrant Foul Penalty 2, and both players were ejected.

James has been sanctioned multiple times by the league in the past, receiving fines for everything from flopping, skipping news conferences and kicking a water bottle. But the suspension is his first, and means he will miss the Lakers' lone game this season at Madison Square Garden — one of his favorite arenas.