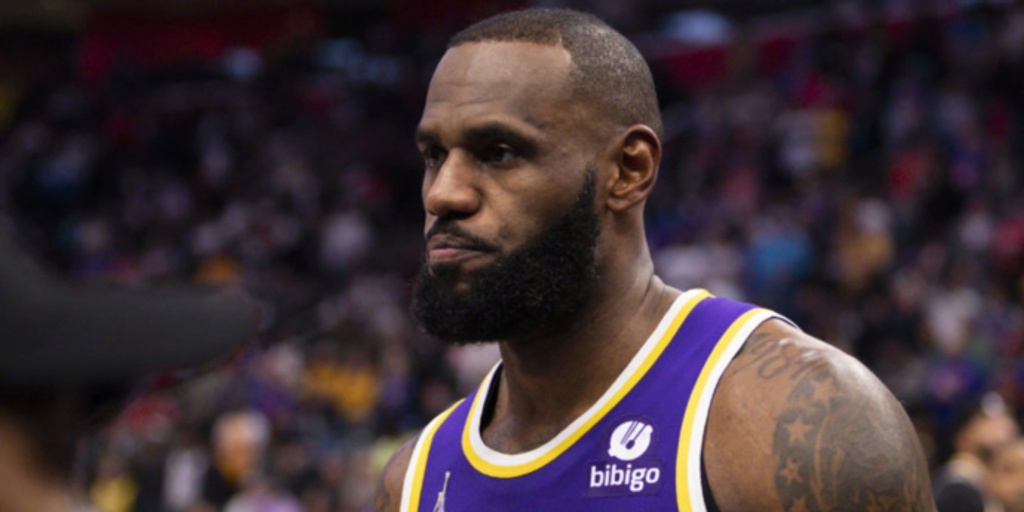 Only two new teams join the Sour Rankings this week, and they're a couple of squads who have recently been ransacked by the injury bug.

The Cleveland Cavaliers and Denver Nuggets have already battled minor ailments across parts of the roster, but the loss of Collin Sexton and potential long-term loss of Michael Porter Jr. loom large for both franchises. The two teams got off to fantastic starts this season, but as is the case in the NBA, things suddenly feel very different from two weeks ago.

Escaping the Sour Rankings: It should surprise absolutely no one that the Milwaukee Bucks have won three-straight as their roster finally gets close to full health. The Boston Celtics also break free of the rankings by showing some sustained defensive improvement. They're back up over .500 and are 7-3 in their last 10 games.

Collin Sexton is going to miss the rest of the season after having surgery on his left meniscus. That's a brutal blow for Sexton, who will enter next summer as a restricted free agent, and the Cavs, who have needed him to bolster an offense that ranks 29th in the league over the past two weeks. Cleveland lost three tough matchups against the Celtics, Nets and Warriors this past week, but the Cavs now have to regroup without their best scorer.

Winners of their last four, the Hawks have created some solid momentum ahead of a three-game Western Conference road trip. They put up at least 110 points in all three of last week's wins over the Magic, Celtics and Hornets, and now have the third-best offensive rating in the NBA over the past two weeks (per Cleaning the Glass). It's not enough to get them out of the Sour Rankings yet. But with games against the Thunder, Spurs, Grizzlies and Knicks upcoming, Atlanta can really hit the gas pedal.

Last week felt very, very important for the Timberwolves, who went 3-1 with their lone loss coming in a respectable 99-96 defeat to the red-hot Suns. Minnesota held every single one of its opponents under 100 points in a much-needed defensive resurgence.

Jarred Vanderbilt has started the last six games next to Karl-Anthony Towns in the frontcourt and Minnesota is 4-2 in those contests, with the lone serious blemish being a 27-point loss to the Clippers. Vanderbilt is an awesome player and a great fit in the starting lineup so far.

Here's another squad that has appeared to somewhat right the ship after tumbling down the Sour Rankings last week. Memphis rolled through the Rockets and Clippers before getting steamrolled themselves in a 138-95 loss to Minnesota. That loss underscores the persistent defensive woes. The Grizzlies didn't exactly lock up Houston and LAC, and when their offense went cold, the Wolves trampled them. Memphis is last in opponent Effective Field Goal percentage (56.3%) this season.

Denver has lost four-straight contests and is scrambling to find some consistent offensive help for Nikola Jokic. But the far bigger worry is the recent report of Michael Porter Jr.'s potentially season-ending nerve issue in his back. According to The Denver Post's Mike Singer, Porter could be lined up for his third surgery in five years. It's a sobering reminder of why the talented wing fell so far in the 2018 NBA Draft.

We have our first head coach ousting of the season! Luke Walton is gone and Alvin Gentry is his interim replacement, and I would actually be surprised if Kings fans were upset by all of this. Outside of his fill-in run with the Warriors, Walton has never coached an NBA team to a winning season. He finished 68-93 in Sacramento. Still, any midseason firing is a clear sign that said NBA franchise is in the wrong place.

The Knicks may have gone 2-2, but those weren't exactly inspiring wins against the Pacers and Rockets, and they also lost to the Magic and Bulls. New York has the 26th-ranked offense in the league over the last two weeks. RJ Barrett is still searching for his lost jumper, and has lagged on the defensive end. Kemba Walker sat out the closing minutes against Chicago, and rightfully so, given his struggles on defense. This team has a lot to figure out, and they'll have time with just one game before Thanksgiving.

LeBron James was ejected last night for the elbow he threw on Isaiah Stewart. That storyline veered off from the game itself — the Lakers barely hung on to beat the lowly Pistons — but it's pretty symbolic of the frustrating year to date. L.A. lost a close contest to the Bucks and was blown out by Boston in the 1-2 week, even with LeBron making his return.

The biggest, bright spot seems to be Talen Horton-Tucker right now, and as fun as he is, that's not a good sign for an alleged championship contender. L.A. is 26th in net rating over the past two weeks.

At a certain point, winning does count toward building a culture on a young team. That's simply not happening for the Rockets, who are losers of their last 14 contests. While the prospects are enduring their learning curves, the veteran talent hasn't exactly helped out, either. According to NBA Stats, Houston has given up the most wide-open shots per game this season (where a defender is no closer than six feet away).

Offensively, the Rockets aren't shooting well from anywhere on the court, even with Eric Gordon making 43.1% of his threes. This is just a miserable team to watch without nearly enough upside shining through.

The Pelicans pulled off a rare win in a 94-81 grind against the Los Angeles Clippers this week. That didn't stop them from going 1-3 in depressing fashion. Not much has changed here.

I'll throw in a positive: Herb Jones has been a very solid contributor as a second-round rookie. The 23-year-old has picked up a steal and a block in each of his last three games. He's made 61.8% of his shots inside of three feet of the hoop and is 5-for-14 from long range (35.7%).