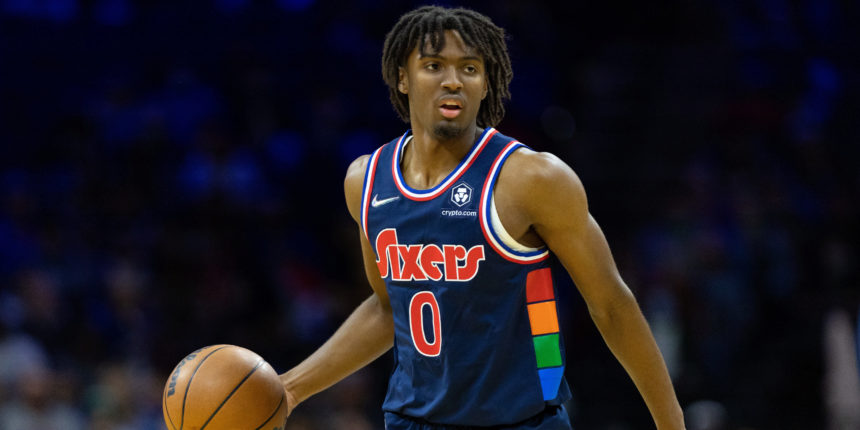 It’s time for our latest picks against the spread with “Nothing But Bets,” our daily NBA betting show on the BasketballNews.com podcast network. Each morning, we provide you the edge for the Association’s slate of action. After a massive 13-game slate yesterday, Thursday has dipped down to only three total on tap.

As always, our odds are provided by TwinSpires Sportsbook and over/under prop bets are provided by PrizePicks. So far this season, “Nothing But Bets” is carrying an 88-67-2 record  (56.7%).

Did you know we’ve also made $7,000 on PrizePicks power plays over the last week? Without further ado, it’s hammering time!

Even though the Sixers are very shorthanded, I’m leaning towards them to cover the spread in this matchup against Toronto. Philadelphia will be without all of the following players tonight in COVID-19 health and safety protocols (Tobias Harris has been upgraded to questionable): Joel Embiid, Matisse Thybulle and Isaiah Joe. In Philadelphia’s last outing, Tyrese Maxey exploded for a career-high 31 points while running the show at point guard as well. Forecasting another big night from Maxey — plus Andre Drummond to continue his consistency manning the middle in place of Embiid — we’re rolling with Sixers -3 and the following over/under power play prop on PrizePicks: Maxey over 16.5 points, Drummond over 15.5 rebounds, Scottie Barnes over 14.5 points, Maxey over 4.5 assists, Fred VanVleet over 2.5 threes.

Indiana is coming off an embarrassing loss Wednesday night in Denver against the Nuggets, who were without Nikola Jokic (suspension), Michael Porter Jr. (back) and Jamal Murray (ACL rehab). There are no excuses for the Pacers losing that game, but it continues to follow a disappointing trend where this team goes up and down like a rollercoaster with no end in sight. Drawing Utah on the second night of a back-to-back is a nightmare scenario for the Pacers, who could be without Caris LeVert again after he missed yesterday’s game due to back soreness. The Jazz are always a tough out at home, and more often than not they dominate in the cozy confines of Salt Lake City. I expect no different in this game against the maddeningly-inconsistent Pacers, so hammer with emphasis the Jazz to cover the big 10-point spread. On PrizePicks, we’re loading in the following over/under power play: Donovan Mitchell over 25.5 points, Bojan Bogdanovic over 15.5 points, Rudy Gobert over 13.5 rebounds, Mitchell over 4.5 assists, Bogdanovic over 2 threes.

With Jimmy Butler expected to be sidelined for tonight’s game after suffering an ankle injury against the Lakers on Wednesday, this feels like a golden opportunity for the red-hot Clippers to continue their winning ways. Los Angeles has won five games in a row, thanks in large part to Paul George reminding everyone around the league he’s still a superstar-level player. Miami’s loss on Wednesday against the Lakers also went to overtime, so fatigue could be a huge factor here too. For that reason, especially with Butler unlikely to suit up, we’re hammering the home team here to cover the 4.5-point spread. Expect a big night from George, plus the role players to step in a fun matchup against Miami. On PrizePicks, we’re submitting this Clippers-heavy power play: George over 25.5 points, Nicolas Batum over 10.5 points, George over 7.5 rebounds, George over 5.5 assists.