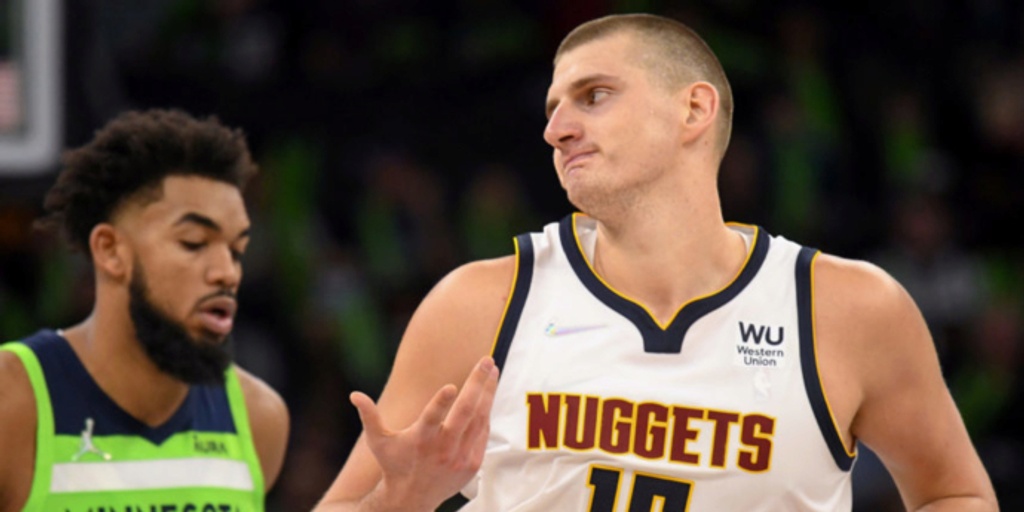 It’s time to kick off another month of NBA regular-season basketball after the first few weeks have come and gone. Here on “Nothing But Bets,” which you can listen to every morning on BasketballNews.com's podcast network plus any streaming platform, we’re back providing picks for a very entertaining nine-game slate of action.

Let’s dive into our predictions and same game parlays. All odds provided via DraftKings Sportsbook.

What an intriguing contrast of styles to open up Monday night’s slate. The Hornets are one of the most entertaining teams on offense, but their defense is so frustrating to watch. Meanwhile, the Cavaliers’ defense — thanks to their interior duo of Evan Mobley and Jarrett Allen — makes them a worthy opponent. This is a game to me that could honestly go either way due to this angle. Although the Hornets have been off to a hot start (and I’m on record saying they're a lock for the playoffs), I love the road underdog here. Expect big outings from Mobley and Allen being able to deter easy shots for Charlotte. At +1100 odds, a shockingly big number, this is such an enticing same game parlay to wager on: Cavaliers +5, Mobley 15+ points, LaMelo Ball 14+ points, Allen 11+ points, Ball 1+ threes, Mobley 1+ blocks, Allen 1+ blocks.

Portland is on the second night of a back-to-back after its loss in Charlotte. Now, the Blazers have to go against the Sixers. This spread feels far too low for me, even though Portland’s backcourt duo of Damian Lillard and CJ McCollum could go off at a moment’s notice. Even if Joel Embiid doesn’t suit up, I’m hammering the Sixers’ at -2.5 here rather easily. I think this is a tough matchup for Portland, especially after a tough defeat in Charlotte the night prior on Halloween. An SGP I love in this scenario is as follows at +950 odds: Sixers -2.5, Lillard 20+ points, Tobias Harris 20+ points, Seth Curry 12+ points, Curry 3+ threes, Harris 2+ threes.

Both of these teams are in a must-win spot already early on this season. The Pacers are 1-6, tied for the worst record in the NBA. If this continues, there’s going to be some serious discussions in Indy about selling at February’s trade deadline. In the meantime, San Antonio has been a fun young team to watch. I’ve been burned by Indiana multiple times already, but I’m going back to the well here taking the spread in the Pacers' favor. Forecasting a big outing from Domantas Sabonis, this is a fun SGP to tail at +390 odds: Pacers -3, Sabonis 20+ points, 10+ rebounds, 5+ assists.

Another entertaining matchup on tap in Atlanta between the Hawks and Wizards. In what will probably be a high-scoring affair, Trae Young and Bradley Beal should light up the scoreboard. The Wizards have become one of the early-season surprises, but I’m riding with the Hawks to cover outright. Not only should Young score in bunches, but role players should step up here as well. One of my favorite SGPs has always revolved around Young, and we’re doing it again here at +550: Hawks -5.5, Young 20+ points, Beal 20+ points, Young 7+ assists, Young 2+ threes, Beal 2+ threes. This will be a game I tune in for to see the explosiveness on offense.

When the Raptors are on, they are so fun to watch. When they’re not, it’s a rough experience. However, I’ve loved what OG Anunoby and Scottie Barnes have brought on the wing for Toronto thus far. Barnes is likely second in the Rookie of the Year race behind Mobley, and he should continue to get better as the season goes on. New York also looks the part of a team who is going to continue its solid form from last season, securing a top-six seed in the playoffs. I’m hammering the Knicks, but not enough to cover the 6.5-point spread. In an SGP revolving around RJ Barrett, who recently went off in New Orleans, it’s too good to pass on at +105 to double your money: Knicks moneyline (-280), Barrett 14+ points.

This will be a game where the Bulls sorely miss Patrick Williams, who is out for the season with a wrist injury. Williams is the perfect wing stopper, but now that’s non-existent against Jayson Tatum and Jaylen Brown. Although Boston is coming off a heartbreaking double-overtime loss in Washington, I love the Celtics here to bounce back with emphasis. Tatum and Brown going off once again (20+ points each), on top of the Celtics covering the 2.5-point spread, parlays into an SGP at +195 odds. Hammer it as a lock, folks.

If you haven’t already, go ahead and check out my piece on Mo Bamba that went in-depth on why he could finally be clicking as a long-term piece for the Magic. Bamba limiting his fouls, plus hitting threes at an elite clip, puts him in legitimate starting center territory for the Magic. If this continues, Orlando will be more than comfortable handing over an extension to the soon-to-be restricted free agent. In this matchup, I’m very pumped up to watch Bamba go head-to-head against Karl-Anthony Towns. Minnesota is going to probably win this one, but I don’t like them enough to cover. Here’s an SGP to tail based off the bigs at an eye-opening +1000 odds: Timberwolves moneyline (-400), Towns 20+ points, Bamba 12+ points, Towns 10+ rebounds, Bamba 10+ rebounds, Towns 2+ threes, Bamba 1+ threes. I’ll for sure be tuning into this one between two intriguing young teams.

This is the game of the night in the NBA. What a battle upcoming in Memphis between the Grizzlies and Nuggets. The Grizzlies have been awesome to watch thanks to Ja Morant’s ascension, plus further development from their young core. However, I’m siding with the underdog in Denver thanks to last season’s MVP Nikola Jokic. Early on, Jokic has been his usual dominant self. I expect nothing to change on Monday night, though it could be tough sledding against Steven Adams and Jaren Jackson Jr. This is a statement opportunity from Denver to once again show they’re a real competitor, even without Jamal Murray on the floor. Ride the Nuggets with the underdog moneyline (-110) and Jokic to score 25+ points. On DraftKings, the odds of this simple two-leg SGP lands at +185.

When the Thunder are competitive, they are so fun to watch. If not, it’s usual over within the first three quarters in blowout fashion. In this one against the struggling Clippers, this is a get-right opportunity for Paul George and Co. Vegas forecasts another blowout for OKC with the 12.5-point spread, and I’m comfortable enough to hit the cover on it. This is going to be another double-digit loss, and George is going to pour in the points. Here’s an SGP based off the Clippers covering and George vs. Shai Gilgeous-Alexander in the scoring department at +255 odds: Los Angeles -12.5, George 25+ points, Gilgeous-Alexander 15+ points, George 2+ threes, Gilgeous-Alexander 1+ threes. Take the Clippers -12.5 as another lock of the night.