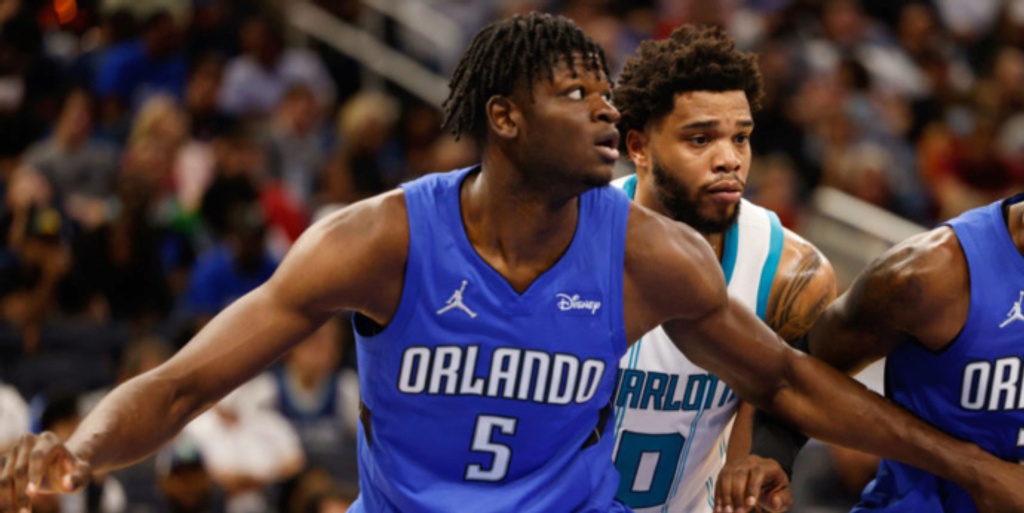 Is Mo Bamba stabilizing into a long-term piece for the Magic?

The general consensus in the NBA is that big-man prospects take longer to develop. In the case of Mo Bamba, it’s been an extensive project within the Orlando Magic’s organization. Taken with the No. 6 overall pick in the 2018 NBA Draft, Bamba simply hasn’t lived up to the lofty expectations yet.

However, there’s a caveat that should be thrown in for Bamba. He was stuck behind All-Star center Nikola Vucevic for the first two-and-a-half years of his career, while playing for a win-now head coach in Steve Clifford. Orlando was trying to push through as a playoff team with a low-ceiling outcome during the Clifford era. Once the Magic wisely pulled the plug on this idea, shipping off Vucevic and Aaron Gordon for peak value at last year’s trade deadline, a full-scale rebuild was finally embraced in the Magic Kingdom.

Entering the 2021-22 season, everyone knew the expectations for Orlando were as low as possible. New head coach Jamahl Mosley — who was instrumental in the early development of superstar Luka Doncic in Dallas — was brought in to help this extremely young and inexperienced core take baby steps forward for a fruitful long-term outcome.

Bamba is the perfect example of a player who has benefited. A 7-foot moldable ball of clay with a pterodactyl-like 7-foot-10 wingspan, he’s thriving within this new environment where development is being prioritized over short-circuited attempts to make the playoffs. With Vucevic out of the picture, Bamba became a top priority for Orlando. However, there were still some questions surrounding the former Texas Longhorn.

Jalen Suggs and Franz Wagner were pivotal pieces to add via the 2021 NBA Draft. Cole Anthony, Markelle Fultz and R.J. Hampton are locked in as young guards who each bring their own strengths to the table. Wendell Carter Jr. recently signed a new four-year rookie-scale extension to avoid restricted free agency next offseason. The same can’t be said for Bamba, whom Orlando needed to see more seasoning from to potentially commit long-term.

Once Vucevic was shipped off to the Chicago Bulls, Bamba was very up-and-down for the Magic to finish out the 2020-21 campaign. Bamba averaged 11.1 points, 7.5 rebounds and 1.6 blocks while committing four fouls per 36 minutes. Another ever-developing aspect of Bamba’s game that was so intriguing when he entered the Association is his three-point stroke. Post-Vucevic, Bamba hit only 33.7% of those opportunities - a respectable number to keep defenses honest, but not enough to warrant shooting those at high volume.

Entering a make-or-break fourth season, Bamba had to hone in on his three-point shooting, foul awareness and ability to finish around the basket as a significantly-gifted big to go alongside his proven value of rebounding and defensive versatility. So far, the results have been very promising.

Bamba is averaging 13.1 points, 9.0 rebounds, 2.4 assists, 1.9 threes and 1.9 blocks in 32.0 minutes per game. Those numbers don’t exactly jump off the page at first glance, but from where Bamba first began, it’s a bigger step than the baby ones experienced previously.

Bamba’s effective field goal percentage has jumped from 51.8% to 61.3%, including finishing a career-best 76% around the rim, per Cleaning The Glass. The biggest encouragements have been Bamba’s excellent three-point efficiency (44.8% on 4.1 attempts) paired with his dip in fouls (2.6). Only two bigs so far in the 2021-22 season have shot above 40% on threes and have added 1.5 blocks per game: Karl-Anthony Towns and Bamba. That’s excellent company for the 23-year-old to be in, and it again proves the point that sometimes these bigs just take longer than expected to reach an intriguing baseline performance level.

Sure, it’s a small sample size of 224 minutes in the Magic’s first seven games of the season, but Bamba is out to prove his worth not only to Orlando but other teams who could potentially be circling his name as a restricted free agent option. Imagine the possibilities for Bamba if he were to land in an even bigger high-usage situation with an organization like the Oklahoma City Thunder or San Antonio Spurs. It's an intriguing thought exercise, especially with someone who has the rare physical gifts like he does.

If this continues, Orlando will be more than comfortable coughing up a good chunk of change to the uniquely skilled 7-footer.

Now, it’s time to see whether Bamba can maintain this level of production or if more growing pains ensue.