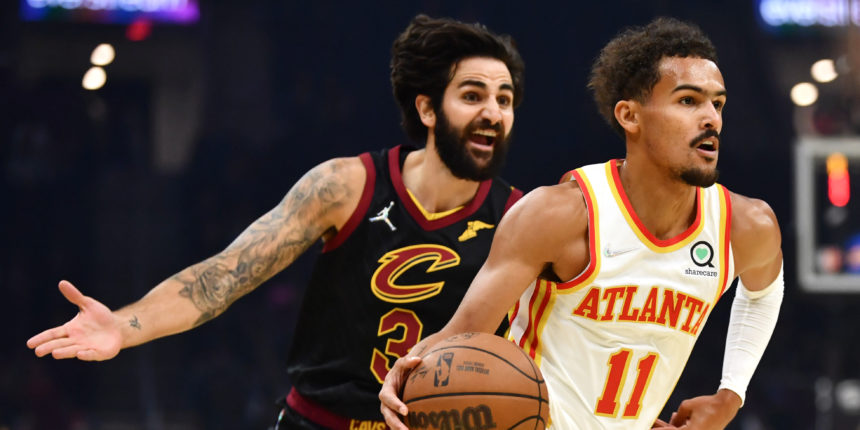 Our newest podcast on BasketballNews.com, “Nothing But Bets,” is on fire when it comes to our daily picks. Over the last three days, we are hitting at a 65% clip. Will the hot streak continue on into a monster 10-game slate on Wednesday night? Let’s go ahead and dive into our predictions, including some same game parlays. All odds are provided by DraftKings Sportsbook.

As I mentioned on Wednesday morning’s podcast, I’m officially all-in on the Hornets being a playoff team this season. LaMelo Ball is officially taking the star leap, plus Miles Bridges is jumping up another tier of his own thanks to some strong all-around shooting. If the Hornets are for real, these are the types of games this team should win. I’m rolling with the Hornets moneyline at -225 odds. And as far as our same-game parlays go, this one feels like an easy winner: Hornets ML, LaMelo Ball 16+ points, Miles Bridges 15+ points at +130 odds. A quick way to double your earnings is betting on the Ball-Bridges duo to keep its hot start going in Orlando.

This is going to be a super entertaining game to follow along with during Wednesday’s mega slate. Trae Young in the Bayou taking on Brandon Ingram and the Pelicans, who are still without Zion Williamson. Thanks to Atlanta’s overall depth, I’m hammering the Hawks straight-up here on the road. Expect a fun battle between Young and Ingram in the scoring department as well, which is what I’m parlaying into our SGP at +200: Hawks ML, Young 20+ points, Ingram 20+ points, Young 7+ assists, Young 1+ threes, Ingram 1+ threes. In what should be a high-scoring affair, this one is another I feel very confident about hitting.

The biggest blockbuster involves Brooklyn and Miami clashing at the Barclays Center. Miami looks the part of a team who could challenge the Nets and Milwaukee Bucks and join them in the Eastern Conference’s top tier. Meanwhile, the Nets are off to a slower-than-expected start. With Brooklyn’s star power, though, it’s going to be hard to ever bet against them. Kevin Durant should have a huge night, plus James Harden should snap out of his current offensive funk. I’m hammering the Nets moneyline, plus the following player props to total +210 odds: Durant 25+ points, Harden 15+ points, Harden 2+ threes, Durant 1+ threes. I could easily see Miami making another massive statement on the road, but I’m siding with Durant and Harden scorching the rims instead.

Whenever Jayson Tatum and Bradley Beal square off, there’s always fireworks that follow. The two St. Louis products always get competitive against one another, and that’s what I’m expecting once again at the TD Garden. I’m going with the Celtics straight-up in a closely-contested game, but a simple St. Louis SGP can boost our odds from -180 to +275: Tatum 25+ points and Beal 25+ points. This is one of my best bets tonight with the Celtics pulling off the W, plus Tatum and Beal trying to one-up each other consistently in the stat sheet.

When “Nothing But Bets” was recorded early Wednesday morning, Indiana was actually a 2-point favorite. So, we’re seeing a sudden surge go towards Toronto here. Luckily for my bets, that plays right into a better-odds-booster. Indiana has been very fun to watch so far this season, which includes a surprising early Rookie of the Year candidate in Chris Duarte. In Caris LeVert’s absence, Duarte has been the starting shooting guard alongside Malcolm Brogdon. With how much head coach Rick Carlisle trusts him, I have a hard time seeing the rookie leaving a prominent role in the rotation anytime soon. As new underdogs, I love Indiana with the plus moneyline here at -105 odds. An enticing same-game parlay is going to trail the two best players on the court as well, Domantas Sabonis and OG Anunoby: Pacers ML, Anunoby 20+ points, Sabonis 15+ points. If you trail that SGP, it’s a monster payout of +425.

The defending champions are already dealing with injury concerns to two key contributors, Jrue Holiday and Brook Lopez. With that being said, I still love the Bucks to win outright at home tonight. Minnesota has been feisty early on, plus the Karl-Anthony Towns and Anthony Edwards duo is so entertaining to watch. If you want to double your money, here’s a fun SGP at +155 odds currently: Bucks ML, Giannis Antetokounmpo 20+ points, Towns 20+ points, Edwards 15+ points, Khris Middleton 15+ points. As far as point totals go, those all feel very solidly like locks. If you like the Bucks to win outright, that’s one of my favorite SGPs to bankroll.

There has been so much movement on this spread already throughout the day. Originally opening at -9, it moved down to -3.5 before jumping back up to -5 for the Lakers. LeBron James is out again tonight, plus Anthony Davis is questionable. Even if neither play, I love the possibility of Russell Westbrook going nuclear on his former team. I’m rolling with the Westbrook-led Lakers to cover the spread, but expect Thunder star Shai Gilgeous-Alexander to go toe-to-toe with him as well. Here’s a fun same-game parlay to ride the momentum on — if you’re expecting a Westbrook-SGA duel in OKC: Lakers -5, SGA 15+ points, SGA 3+ assists at +200 odds. Although the Thunder are 0-4, they’ve actually been very entertaining to watch. I’ll be tuning in tonight to this one throughout.

The Suns have been one of the most disappointing teams after the first week of the 2021-22 season, but this is the exact same script they followed a year ago prior to rattling off an incredible Finals run. I envision this as a get-right game for Phoenix, which includes Devin Booker flexing his muscles on a porous Sacramento defense. I’m not comfortable enough to go with the straight-up spread here, but hammer the moneyline for Phoenix as a lock and a best bet. At +250 odds to flip the script, here’s a very realistic SGP to tail: Suns ML, Booker 25+ points, Mikal Bridges 1+ steals and 1+ threes.

The Grizzlies have been one of my favorite teams to watch this season, and a lot of it is due to Ja Morant taking the superstar leap. I wrote this morning about the Morant-De’Anthony Melton backcourt, which is continuing to prove how valuable it is. Melton’s shooting and defensive versatility are huge weapons alongside Morant, which is allowing the Murray State product to focus on terrorizing defenses. However, I’m rolling with the Blazers tonight to cover the spread. Damian Lillard has gotten off to a very cold shooting start, and I expect that to break tonight with a fun duel against Morant. At +150 odds, here’s a very realistic SGP to cash: Blazers spread, Lillard 25+ points, Morant 25+ points. This will be another game you won’t want to miss out on watching tonight.

Cleveland is a young squad on the rise, but I have the feeling Paul George is going to send a statement tonight. Coming off a super impressive blowout win against Portland, expect Los Angeles to continue riding its upward trajectory. Since Cleveland has been in each game, I’m not comfortable with the 8-point spread. However, I will emphatically hammer the moneyline here. If you’re betting on a solid game from George, plus No. 3 overall pick Evan Mobley to do well back in L.A., here’s a same-game parlay you can tail off of at +125 odds: Clippers ML, George 20+ points, Mobley 12+ points.