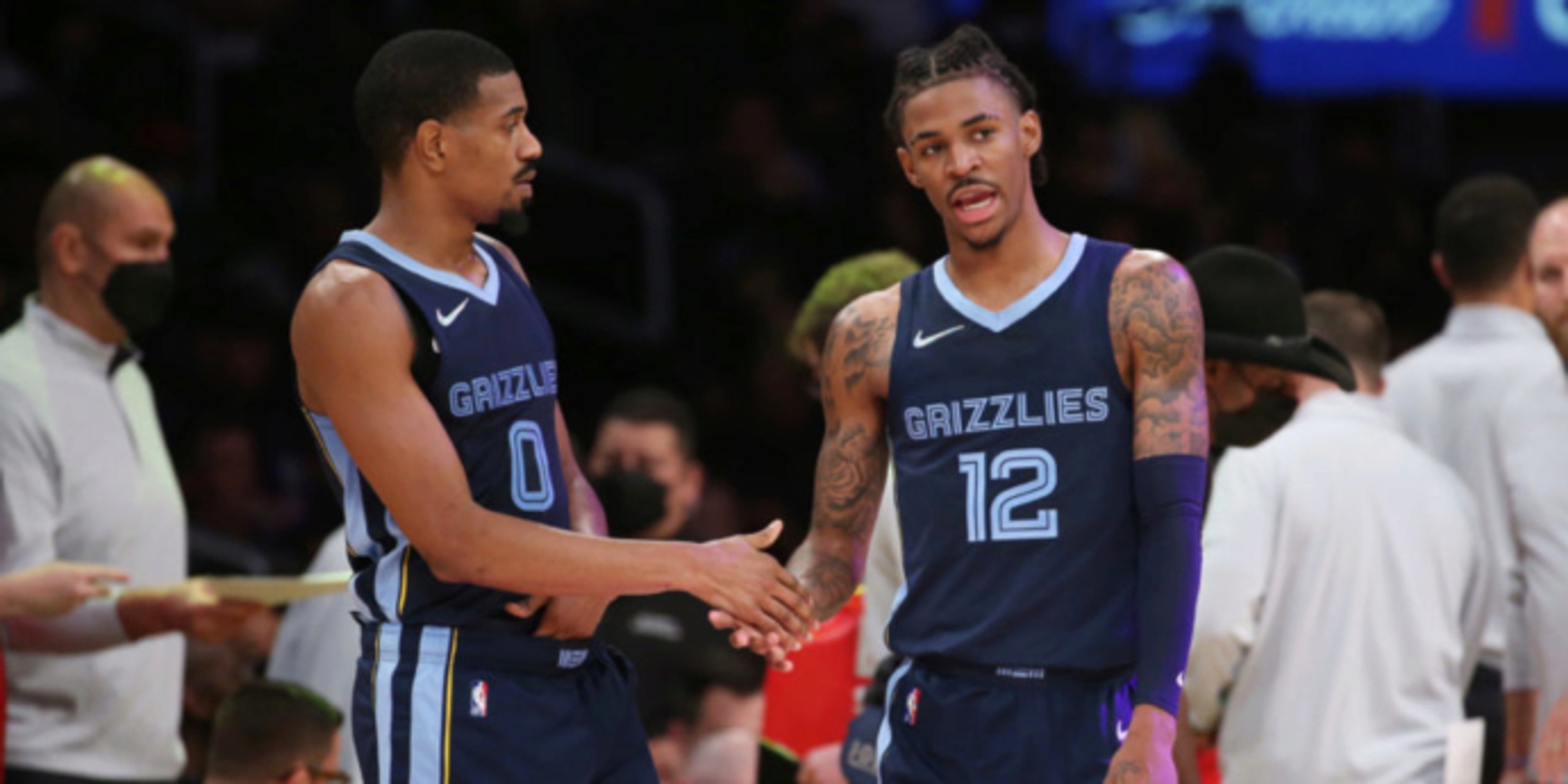 De'Anthony Melton seeing rise of his own alongside Ja Morant

Morant has looked the part of a dominant three-level scorer who provides his already-explosive pop with viral moments. In his third year, Morant is molding himself into an entirely different tier of high-usage lead ball-handlers averaging 35.0 points and 7.3 assists on an eye-popping 67.1% True Shooting percentage.

One underrated aspect that has helped Morant’s ascension is his backcourt partner, who continues to excel in his own unique role: De’Anthony Melton. Undergoing his own rapid development curve, Melton has put together early averages of 18.3 points, 4.7 rebounds, 3.7 threes, 2.3 assists and 1.0 steals on a scorching hot 57.9% from deep.

The former USC Trojan has long been an analytics darling. His advanced metrics always popped off the page, and that’s why then-Houston Rockets general manager Daryl Morey scooped the freshman one-and-done with a second-round pick in the 2018 NBA Draft. Melton’s insane length, defensive ability and plus-basketball IQ already cemented a high floor in the league for him. If Melton ever found a perimeter touch, though, his ceiling would be in completely uncharted waters.

In Memphis, Melton has become the perfect backcourt complement alongside Morant. After holding the best two-man lineup data next to their face of the franchise last season — plus-12.6 net rating in 453 minutes (No. 1 offensive rating, No. 2 defensive rating in Morant-included data partnerships) — the Grizzlies’ front office felt more than comfortable offloading starting shooting guard Grayson Allen to the Milwaukee Bucks to free up even more opportunities for this backcourt duo to shine together.

So far this season in a small sample size of three games and 60 total minutes, the Morant/Melton backcourt is once again showing how bright the reloaded era of Grizzlies basketball is. For two-man lineups including Morant, Melton once again ranks No. 1 with a plus-26.9 NET (135.0 ORTG, 108.1 DRTG). On both sides of the court, it’s not even relatively close regarding who thrives most alongside Morant.

Melton makes Morant’s job so much easier. He can not only take on the tougher assignment defensively to preserve Morant’s special scoring ability, but he’s more than capable of being a marksman who adequately spaces the floor at an elite level.

Since the beginning of 2019-20, Melton is shooting 44.3% on catch-and-shoot threes at above-average volume of 3.3 attempts per game. This season, Melton has upped his catch-and-shoot attempts by an extra attempt thanks to a newfound starting role next to Morant (2.8 to 3.3). He's even added pulling up to his game, knocking down 6 of his first 8 triple tries of his own volition.

Everyone knows Morant and Jaren Jackson Jr. are the primary foundational building blocks of the Grizzlies’ bright future. However, Melton is becoming a critical connective tissue to making Memphis’ new era work at an even more effective level.

Morant is taking the jump from young star to superstar thanks to Melton fitting like a glove as the perfect complementary weapon.

When Melton was traded before his rookie season began from Houston to Phoenix, I was very much in on him being a potential long-term puzzle piece that would've accentuated Devin Booker’s brilliance. The Suns didn’t have the patience for Melton’s offensive development, and now Memphis is reaping the extremely positive benefits.

Moving forward, Memphis is a must-watch team. All of their lineups are fitting together seamlessly within head coach Taylor Jenkins’ modern schemes. They seem poised to become a real playoff threat in the Western Conference after a surprise rise to the No. 8 seed last season.

The Morant-Melton backcourt is pay-per-view-level entertainment. How well they fit together is why the Grizzlies are off to such a strong start, and why their long-term ceiling could reach a few levels higher than expected.