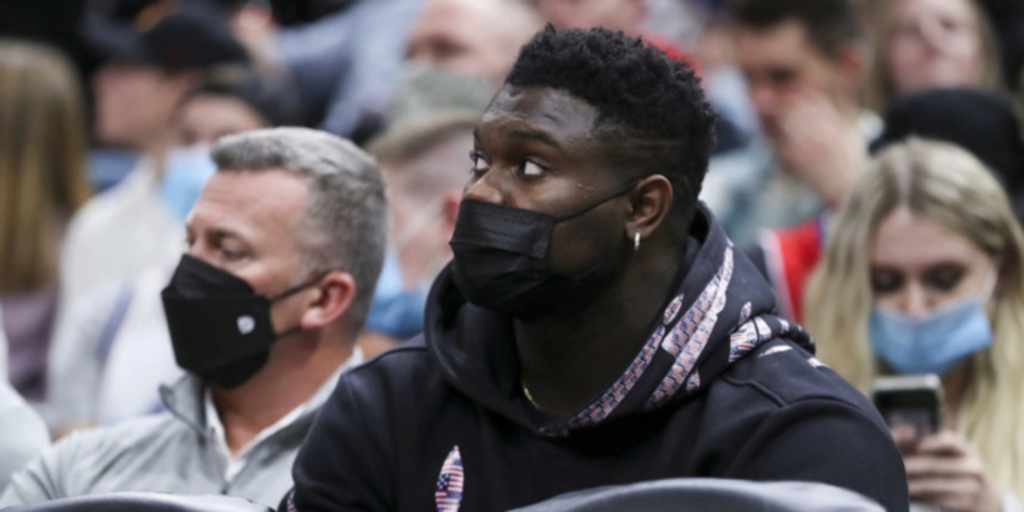 In an email sent to season-ticket holders for 2022-23 renewals, the New Orleans Pelicans didn't mention forward Zion Williamson when listing off the team's core players who are "building something special." Instead, the email highlighted Brandon Ingram, Jonas Valanciunas and CJ McCollum.

Williamson has yet to play this season because of a foot injury and has been rehabbing away from the team in Portland, Oregon.

It remains unclear if Williamson will play at all this season, as reports surfaced last week that he may have to undergo a second surgery on his foot. Nothing has been officially determined though.

Here is the message that was sent out to season-ticket holders:

The #WBD #Pelicans just sent email to season ticket holders about renewals for 2022-23 season and…
NO MENTION OF ZION 😳 pic.twitter.com/Qqu9kibRWk