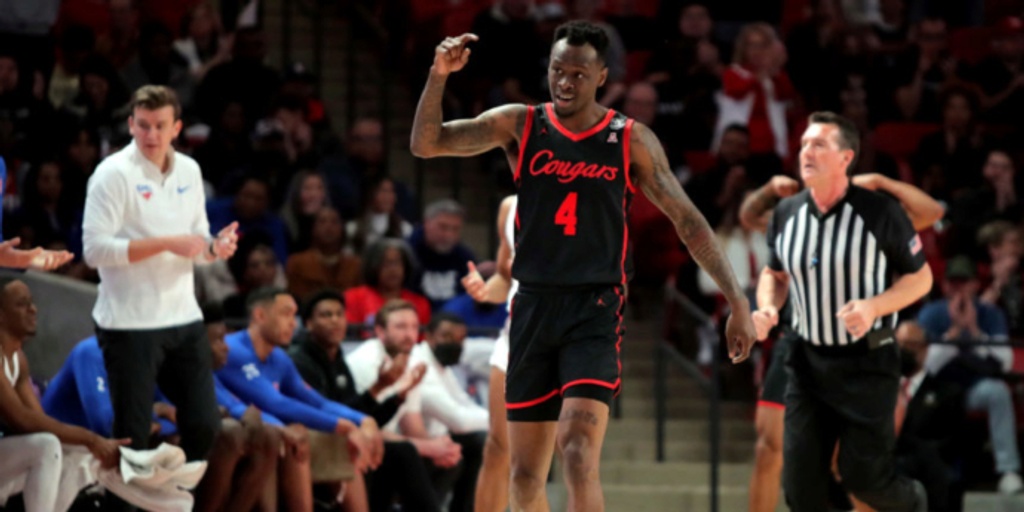 Led by Fabian White Jr.’s 21 point outing, the No. 14 Cougars strengthened their position in the American Conference with a 75-61 win over Southern Methodist. White led all players in scoring while Kendric Davis had a solid game for SMU with 19 points.

SMU (20-7, 11-4 AAC) came into this game as the “First Team Out’ in the latest Bracketology update. Ranked No. 56 in Adjusted Efficiency, the Davis-led Mustangs have climbed their way to No. 2 in the conference. The win against Memphis gave a bit of breathing room from the third spot, but they keep their eye on a top-two seed in the conference tournament.

The Cougars (24-4, 13-2 AAC) entered this one ranked No. 14 nationally thanks to their tremendous efficiency, No. 7 in the nation. After losing to Memphis and this same SMU team earlier this month, they bounced back with three wins in a row. Kyler Edwards and co. need to stay on track down the stretch and in the AAC Tournament if they want to contend for a top-four seed in March.

After an even start, Houston imposed its will for the next 10 minutes of action, grabbing a lead of 27-10 after a 23-6 run. It was a team effort during the run, with buckets coming from numerous Cougars.

The team took a 37-22 lead into the break, with SMU’s Davis leading all players with 10 points. Josh Carlton and Edwards each had 8 points to lead the Cougars. Jamal Shead had only 4 points in the first period, but provided 7 assists and 2 steals.

SMU was able to trim the lead in the second half, cutting it to 48-40. An 8-0 run from Houston a few minutes latter re-extended the lead to 63-42, and the Cougars never looked back. With the 75-61 win, barring a total collapse, Houston should roll into the conference tournament as the No. 1 seed.