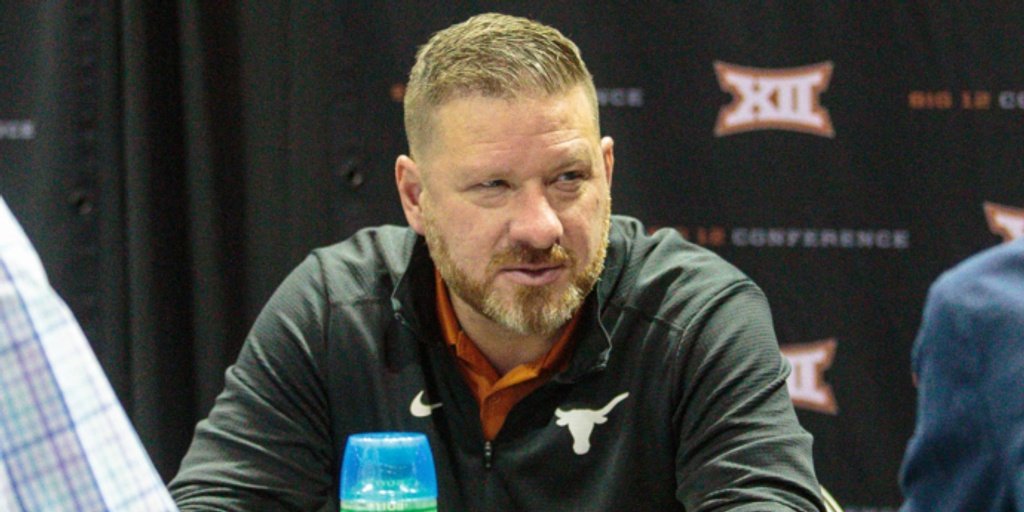 No. 12 Texas looking to build on Beard’s early success

That was just one of the expectations that came with hiring Beard away from Big 12 rival Texas Tech. Now come the parts about building a consistent winner and making some deep postseason runs.

He’s got the tools to make both happen.

Texas basketball feels like it has momentum after shedding the yoke of postseason flops. The Longhorns hadn’t advanced past the first round of the NCAA Tournament since 2014 until beating Virginia Tech in the first round last season.

The trip didn’t last long as they were bumped out in the second round, but it hardly mattered. Texas had been starved for the smallest taste of success and savored it. Texas’ 22 wins were the most since 2014.

The Longhorns open the season ranked No. 12 and will play in a shiny new home arena with a lineup full of veteran experience boosted by key newcomers. Timmy Allen, Marcus Carr and Tristan Bishop are all fifth-year players and Beard added transfer guards Tyrese Hunter and Sir’Jabari Rice.

Hunter was the Big 12 freshman of the year last season at Iowa State and Rice led New Mexico State to the NCAA Tournament.

“Tyrese Hunter, state champion in high school, Sweet 16 as a freshman. Jabari Rice has played in championship games everywhere he’s ever been,” Beard said. “You know early on if a guy is talking about winning and championships and NCAA Tournament, that’s different than a guy that might be talking about minutes, shots and name, image and likeness.”

Beard had to build most of his first lineup through the transfer portal and it was an impressive bunch that earned the Longhorns a No. 5 ranking to start last season. Fitting all those pieces together took some time and it was occasionally clunky.

This season, Beard could pinpoint specific areas of need to pursue in the portal instead of just casting a wide net. The signings of Hunter and Rice boost ball handling and athleticism in the backcourt, and should unleash Carr as a scorer.

“We feel great about our balance between returners, experience and young new talent,” Beard said.

Texas still lacks size and that could be a problem in the Big 12.

Forward Dylan Disou is the tallest player at 6-foot-9. He led the Southeastern Conference in rebounding two seasons ago at Vanderbilt but was limited by nagging knee problems last season. Texas will need his former levels of production around the basket.

“He needs to have his best year playing basketball for us to be the team we want to be,” Beard said. “I believe he will.”

Forward Brock Cunningham is the player everyone else around the Big 12 loves to hate — a constant disrupter, chaser of loose balls and always good for a foul or a few. Cunningham averages only 1.9 points over his career but chose to return this season as a graduate student. Texas can always count on him for boost of energy off the bench by way of sheer hustle and just getting under an opponent’s skin.

Texas has left the dusty old Frank Erwin Center where the Longhorns played for 45 years. They’ve moved just a couple hundred yards down the road to the $300 million Moody Center next to campus.

Texas officials hope to create one of the best home court environments in the Big 12 (and eventually the SEC). Capacity at the Erwin Center was 16,500 and an average crowd of about 8,000 could make the place feel empty. The Moody Center will seat about 10,000.