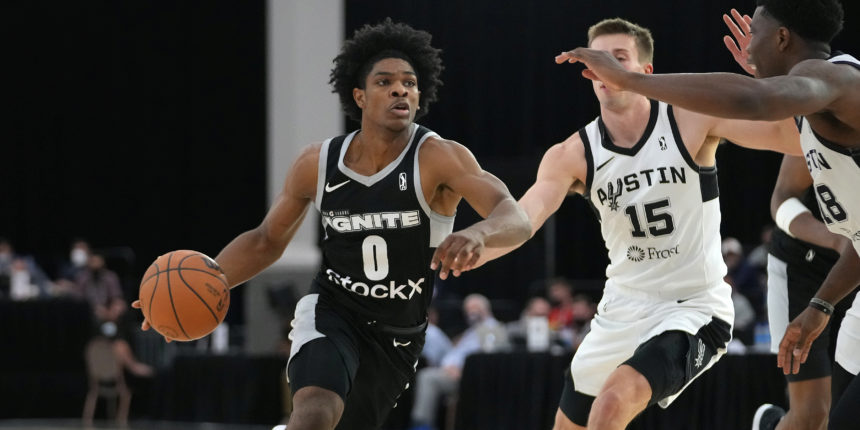 The NBA announced today a new format for the 2022 Rising Stars, which will be played on Friday, Feb. 18 at Rocket Mortgage FieldHouse in Cleveland as part of NBA All-Star 2022.  TNT will televise the annual showcase of premier young talent at 9 p.m. ET.

Rising Stars will feature four seven-player teams competing in a mini-tournament consisting of three games.  Each game will be played to a Final Target Score, meaning that a game will end with a made basket or a made free throw instead of with the clock running out.

The pool of 28 players for Rising Stars will consist of 12 first-year NBA players, 12 second-year NBA players and four elite young players from NBA G League Ignite, a first-of-its-kind team dedicated to developing top prospects in preparation for the NBA Draft.

NBA legends who were named to the league’s 75th Anniversary Team and assistant coaches from the 2022 NBA All-Star Game coaching staffs will comprise the combined coaching staffs for Rising Stars.  The coaches will select their team rosters in the Rising Stars Draft.  Each team will select seven players, including one NBA G League Ignite player.  More details about the coaches and the draft will be announced at a later date.

In addition, a timed shooting competition called the Clorox Clutch Challenge will take place between Games 2 and 3 of Rising Stars.  A total of eight NBA and NBA G League Ignite players will be divided into four teams of two and compete to make shots from five locations on the court tied to iconic shots made in the NBA Playoffs.

Each team will compete with one shared ball and its players must alternate shots so no player shoots two times consecutively.  Team 1 is given 1 minute and 30 seconds (1:30 counting down) to make a shot from each of the five locations in any order.  Team 1’s time is then the marker for Team 2.  If Team 1’s time is 1:15, then Team 2 will have a 1:15 countdown clock to complete the competition.  Each team that establishes a new standard sets the clock for the next team competing, and the fastest finisher will win the Clorox Clutch Challenge.

ANALYSIS: This is a relatively monumental move for the NBA as they push to make the G League a more viable option for high school players before entering the NBA.