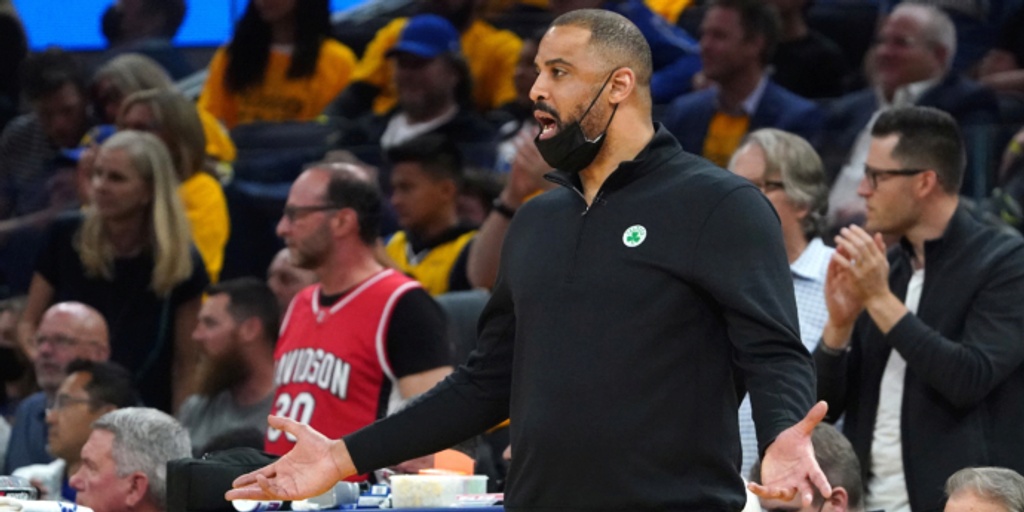 Nets planning to hire Ime Udoka as next head coach

Suspended Celtics coach Ime Udoka has emerged as the likely next Brooklyn Nets head coach and his hiring could be finalized as soon as the next 24-to-48 hours, sources tell ESPN.

ANALYSIS: The Nets parted ways with Steve Nash earlier today after the team's 2-5 start to the season. Udoka was suspended from the Celtics for the entire 2022-23 season after violating team policies surrounding a workplace relationship with another member of the organization. Many of the details surrounding Udoka's conduct and suspension are still unclear, but Wojnarowski and The Athletic's Shams Charania report that Boston will let Udoka leave for another job.

Udoka was an assistant coach on the Nets staff in 2020-21 before the Celtics hired him. He led Boston to a 51-31 record and NBA Finals appearance in his first season as a head coach.