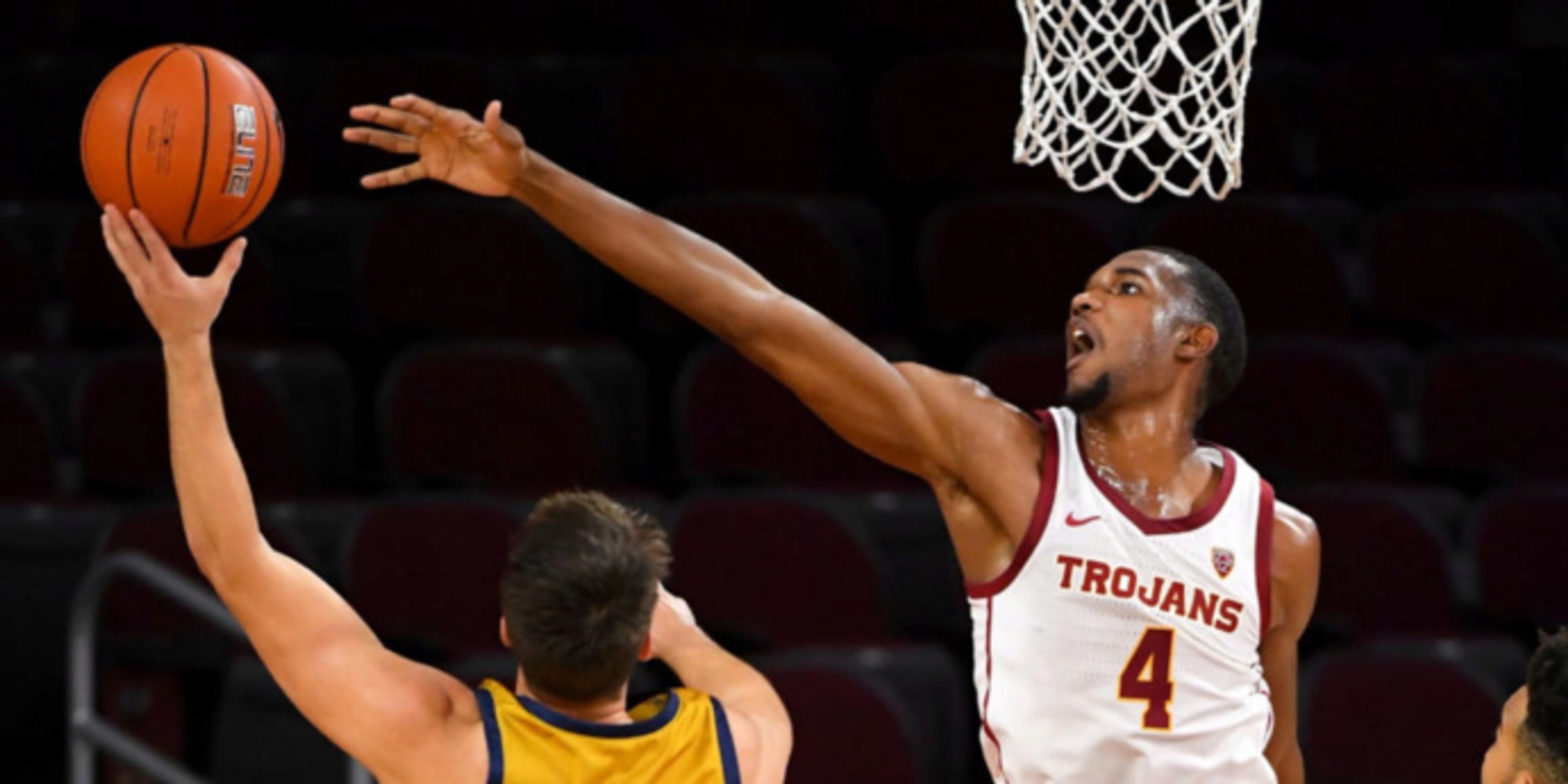 In a year filled with uncertainty, one thing is clear: USC’s Evan Mobley is a virtual lock to be a top-five pick in the 2021 NBA Draft. In 29 regular-season games, Mobley averaged 16.8 points, 8.6 rebounds, 2.2 assists and 3.0 blocks per game, while leading the Trojans to a 22-7 record and a No. 24 ranking in the country. Comparisons have been made likening him to star players like Anthony Davis, Chris Bosh and LaMarcus Aldridge. Mike Schmitz, a friend and NBA draft analyst for ESPN, has even referred to Mobley as “unicorn-like." There is certainly a lot of hype surrounding Mobley, and for good reason.

At 7-foot with a 7-foot-5 wingspan, Mobley possesses fluid athleticism and mobility to go with a high-level skill set. He handles, passes and shoots the ball extremely well for a player his size. His upside on the offensive end of the floor is very high. However, I’d like to highlight one part of his game that might not always get the attention it deserves: his impact on the defensive end.

It doesn’t take a rocket scientist or Red Auerbach to see that Mobley was blessed by the basketball gods with the physical tools to be an effective shot blocker. Although Mobley's length and athleticism will allow him to be an effective rim protector at the NBA level right away, it would be greatly underselling his defensive prowess if we labeled him as just a rim protector. Sure, he rejects a ton of shots at the rim and that’s great -- but his versatility as a defender and ability to block and alter shots away from the rim are equally, if not more, impressive.

In most cases, when a 7-footer gets switched onto a smaller, quicker perimeter player or has to help in pick-and-roll actions, there are typically opportunities for the offense to attack the vulnerable big man. Be that as it may, that’s not the case with Mobley at all. Ironically, the joke is usually on the offensive player, as Mobley’s footspeed allows him to stay in front, and his length and timing allow him to make plays. Mobley also has an uncanny ability to cover an incredible amount of ground as a team defender when rotating to closeout, which creates even more opportunities for him to disrupt or swat shots.

Evan Mobley’s defensive abilities are just one layer of his game that make him such a unique talent, a valuable commodity and “unicorn-like." Mobley and the Trojans, a No. 6 seed in the West Region of the NCAA Tournament, are set to play on Friday versus the winner of the play-in game between Wichita State and Drake. In the meantime, enjoy this video of Mobley blocking shots all over the court: