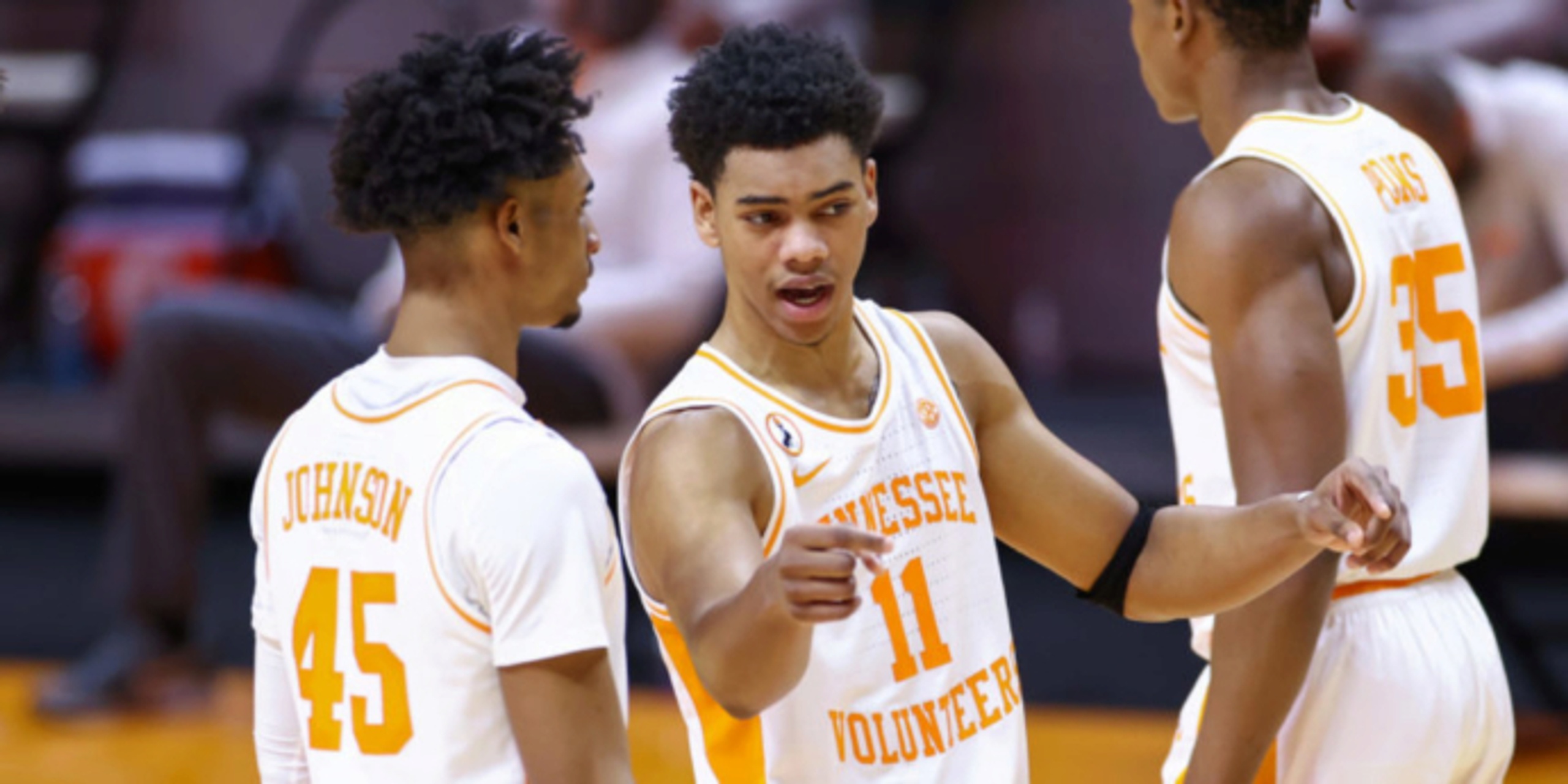 In the last week, both Keon Johnson and Jaden Springer, the two star freshmen of the Tennessee Volunteers, have declared for the 2021 NBA Draft. After a season that saw both prospects steadily climb up NBA Draft boards, both players currently sit comfortably as first-round talents on BasketballNews.com’s 2021 NBA Draft Big Board, with Keon slotted at No. 9 and Jaden Springer at No. 19. Here is a closer look at the two NBA prospects from Rocky Top.

When watching Keon Johnson, especially in-person, one thing is immediately clear: he is an incredible athlete. Every step that I watch Johnson take, I find myself waiting for the next moment that he erupts, whether that be a spectacular dunk at the rim, a quick twitch burst to make a steal or seamless lateral movements while playing on-ball defense. Although Johnson had a decent year -- which saw him average 11.3 points per game on a good Tennessee team -- I think we’ve only seen a glimpse of what he can become. If Johnson is able to develop his outside shooting, ball skills and overall feel for the game, the sky's the limit...literally. Considering his significant upside, we currently have Keon Johnson at No. 9 on our big board.

Differing from his teammate, Johnson -- who we categorize as a prospect with a lot of potential, but perhaps some risk -- Jaden Springer is about as safe of a bet as it gets. At 6-foot-4 and a strong and sturdy 204 pounds, Springer is rock solid. A high level on-ball and team defender, and a knockdown shooter, my confidence level in Springer being a decent NBA player is extremely high. Although I question his ability to play point guard, being on the shorter side for a two-guard and his lack of dynamism offensively -- all of which limits his upside -- I still don’t think you can go wrong if you're selecting Springer anywhere outside of the lottery. For these reasons, we currently have Jaden Springer at No. 19 on our 2021 NBA Draft Big Board.